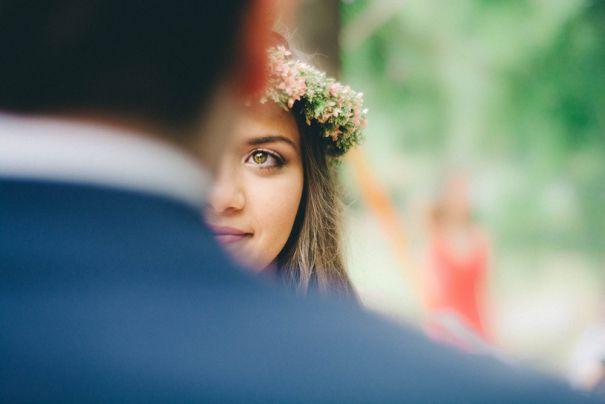 We were colleagues. In fact, he was my senior. I was new there, started working a few days back. When I met him for the first time, really I had no idea that my life would change like this. I just got out of a relationship that time. I was starting to pull back my life again. Never had I thought that someone would enter my life at that stage and I actually didn't want anyone too. We met a few times at work and were just hi-bye friends. Until I gave him my number to send me some files.

I wanted to keep this professional and never expected him to message me first.

I ignored and kept some distance initially, as I had no intention of getting involved with anyone now. But we became close friends soon and shared our past and present lives.

Finally, it had to happen. He proposed to me and I rejected. He was my friend and I had no other feelings for him at that time. Besides, we belonged to different castes and states. I didn't want to see him suffer and he made me promise to never leave him alone even though we were not together.

His parents were looking for alliance and I encouraged him to go with that. His engagement got fixed.

Now it was time for me to move away before it was too late. I had stopped working too. So we were not seeing each other anymore and it wasn’t easy to do that. He was my good friend, in fact, my best one who knew everything about me. I was happy for him but I never knew I would fall for him.

Someone had said it right, “Love happens at the most unexpected time.”

He wanted to see me and asked me to talk with him until his marriage. We used to have late night chats and video calls. What happened in that one month, I really don't know. All I know is that I was in love with him. To make it worse, he used to express his love for me. I knew he couldn't be with me now and I tried to bury my feelings. Whenever he kissed me over the phone, my heart skipped a beat.

I really wished I could tell him my feelings. But I was angry at myself and with him for making me so weak.

When he knew he can’t be with me, why was he doing all this? But I never showed him that. He got engaged and when I saw his picture, I lost my self-control. I cried heavily and even though I didn't confess my feelings to him, I knew nothing was going to happen. Everything was out of our hands by then.

But still, I wished for some miracle to happen as I believed in true love.

But nothing like that happened. I was acting foolish and stupid. The person, who wanted me as his friend and never allowed me to stay away, left me now. He was just gone. Not even our friendship exists now. And he had blocked me on social media too. As I had feared, once again, I was left heartbroken and alone. I wished him to be happy in his marriage and never wanted to ruin his life.

But what hurts me the most is that he doesn't even look at me when he sees me.

I don't want a relationship like before. But we used to be friends. Or at least, I believed so. And I realize it was only me who ruined my life. I understood my feelings for him lately.  But I know one thing, I have never loved anyone like I loved him, and I really miss him. I wish him all the best for his newly married life.

The best decision sometimes is to not look back and move on. Share this story, if you agree.