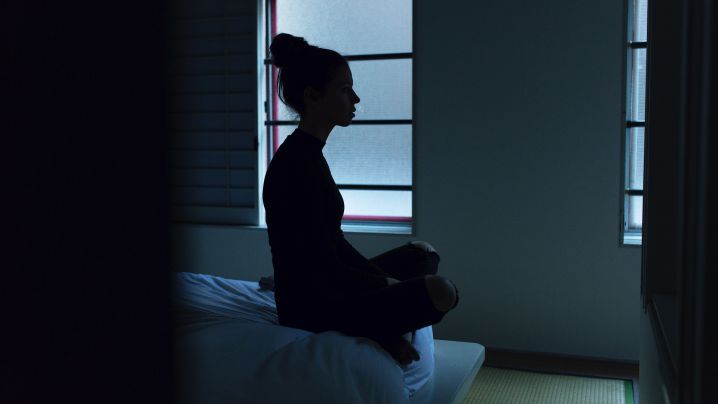 Some experiences in our lives give us a big jolt. They damage our sense of peace, dignity and happiness and suck the life out of our souls.

I still don’t understand why it took me so long to understand the evil and lustful intentions of that man. Even today, I am struggling to gather the courage to write about the pain that I experienced at that time.

I was doing my graduation about 6 years back. I was in a new city and was meeting new people for the first time in many years. I was living away from home too for the first time. I used to live with my aunt at that time. She lived by herself. My uncle worked in another city and my cousins were pursuing their education in another town. Things were quite smooth sailing for a while and I was happy with my new life. But after a few months, my uncle returned to his house because he got a better job opportunity in his hometown itself.

The much-awaited summer vacation had just begun. I was sleeping in my room on the third day of my summer break when my aunt suddenly rushed into my room and woke me up. She looked worried and was breathing heavily. She said we had to rush to the hospital.

I was still half asleep so it took me a while to figure out what had actually happened. I dressed up hurriedly and accompanied her to the hospital. While we were on the way to the hospital, she told me that my uncle had been hit by a bus on his way home from a friend’s party.

I was really very sorry to hear this. We finally reached the hospital and were relieved to see that he was still in his senses. His face had been injured by the accident and he had got 8 stitches near his eyebrow. He was given some first aid after which we brought him home.

My aunt was a working woman. So I volunteered to take care of my uncle after she left for work. I was having my vacation anyway. She was a little relieved about this because I had taken up this responsibility willingly.

Little did I know that the ugliest phase of my life was just about to begin. My uncle is quite a friendly man by nature. So I could talk to him about my boyfriend, my crush, my college life etc. in a normal healthy manner.

A feeling of humiliation washed over me when he talked to me in this manner. I was not able to move or reply to him immediately. But after a brief pause, I told him to mind his words.

I went to my room and started studying. After a while, my mobile started beeping continuously. I picked up my phone to check the notifications and was shocked to see that my uncle was sending me adult jokes now. I just ignored the messages and started studying again.

He then called out to me and said that he was hungry. He asked me to serve him his food because he had to take his medicines after that. I went to the kitchen and brought him his meal. He said he wanted to wash his hands and asked me if I could help him stand up.

I felt I was being raped when he put his hands around my waist to stand up. He clutched at my waist and gave me an evil smile. I started shivering now. I just hoped that my aunt would return soon. I felt humiliated by his actions.

As soon as he had finished his meal, he called me again and asked me to take his plate to the kitchen. I was just about to bend and take the plate off the table when suddenly his dirty hands grabbed my lower leg tightly. I froze with shock. He asked me if I participated in sports or did some kind of workout every day. I just said, "No. Nothing." I then pushed his hands off my legs and quickly left the room. But he refused to leave it at that. He said, "How come you have such a toned body then? I adore it a lot. I have always wanted to compliment you for looking so perfect."

I was really terrified and was disgusted to hear him talk to me like that. I walked out of the room without looking back and went to my room. I started crying and hated myself for having such a good body.

I was relieved when my aunt finally returned home. Out of decency, I controlled my emotions and behaved normally with her and that disgusting man. He had outraged my modesty with his words just a few minutes back.

I loved my aunt a lot and I didn’t want her to feel ashamed or guilty for her husband’s deeds.

But I couldn’t sleep that night. I was traumatized by what had happened that day but more than that the fear of facing the next day with him was killing me. I knew I would be alone with him tomorrow too. I woke up late and did not go out of my room for a long time. I felt safe there. I was hungry after a while so, with a lot of trepidation, I stepped out to get myself some food.

He saw me helping myself to some food and gave me a wicked smile. He said, “I was dying to see you. I wanted to tell you that I fantasized about you last night. Will you believe me when I tell you that I even got an erection just thinking about you? Damn. You looked so hot in that attire. And to satiate my sexual desires I ended up making love to your aunt.”

I was hurt and annoyed by his words. I knew he was raping me verbally now. I ran back to my room and locked myself.

He stood outside the door and said, “Come out. My bed sheet is crumpled and the entire house is in a mess. If you keep crying your aunt may take it in the wrong sense. She may think that we did something.” I could hear him giggling loudly at his own words. He continued abusing me with his words regularly after that.

I was deeply hurt because I knew that he was raping me with his words and gestures. But one fine day, I decided that I had faced enough of his nonsense.

I decided to throw shit on his face. I went and told my aunt everything. She was completely broken by my words. She refused to believe me at first. But after a while when the reality began to sink in she decided to confront the molester – the verbal rapist.

I held my breath when she asked me to stay there when she confronted her husband. I knew that he would deny the whole thing. I wondered what I would do if he turned the tables on me. I knew he would not hesitate one bit to torment my soul. My aunt questioned him about all the things that I had told her but I could not even see a glimpse of shame in his eyes.

He was unfazed by the confrontation. He stood there fearlessly with an unapologetic look on his face. He was completely fine with all that he had done to my mind and soul. Before he walked off he said, “Praising someone frankly does not mean I molested her. I have done nothing wrong. So I will not accept the blame that you are thrusting on my shoulders. And now let me say what I feel. I am going to rape this girl. So you can go and call the police now.”

There was absolute silence for a few minutes. I had a dead look on my face. My aunt was very traumatized by his words and behaviour.

She wanted to separate from him. But she could not do so because she didn’t want her children to know about the reality. They were proud of their father.

But he had mentally and verbally abused me with his words and had left several deep scars on my soul. I will never be able to forgive him for the painful memories that he created in my life.

Why do we hesitate so much to tell the truth to the people we love and respect? Is it because we don’t have the heart to hurt them? But do we not hurt ourselves (and our loved ones) all the more when we hide the truth from them? Let’s share this story and learn to be transparent in all our relationships. Let’s also applaud this girl’s aunt for having the courage to confront the reality. Very few people can do this.