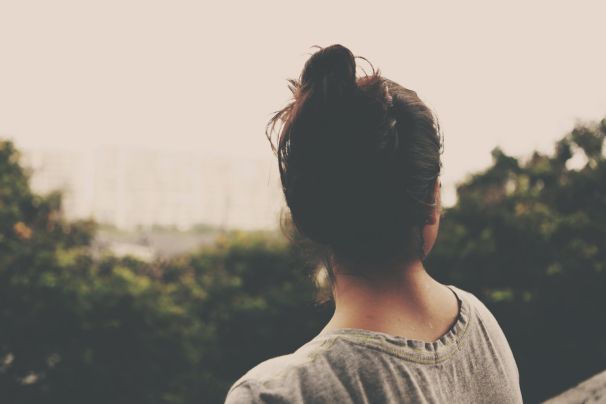 I was 19 years old when I met the love of my life. He was madly in love with me. It was love at first sight for him but I never paid attention to him. I always thought he was just another playboy flirting around.

We met through one of our common friends on social media. He proposed to me for marriage in our very first conversation but I didn't respond. After that day, our Instagram direct messages turned into WhatsApp chats which eventually turned into phone calls. Soon I realized that he isn't that bad. He was a nice guy.

I told my best friend about him and she advised me to stay away from him.

My best friend reminded me of my goals in life and told me that he was just a distraction in my way and that I should stay away from him. But, somewhere my heart didn't want to listen to my soul sister. I went against her for the first time in my life. I spoke to him almost every day but I did not tell my bestie about it. I hid everything about him from her.

Honestly, both of us were very different. We had been brought up in two extreme family backgrounds and our mindsets were also very different. He and I were a north and south pole. But we understood each other like nobody else.

Nobody had understood me, my situation, and problems like him until now.

My best friend was always there with me in my good and bad times, but when my father was hospitalized, I called him. I cried in front of him. He was the one who consoled me. When my grandmother passed away, I again gave him a call. He was there to listen to me even at midnight.

One fine day, he called me but I was busy with cultural fest in my college. My best friend had my phone and when she saw him calling, she just disconnected his calls. Later that night, I came home and spoke to him. He seemed very serious over the phone.

"My family wants me to get married. Tomorrow they’re going to see a girl for me. Will you marry me?" This is what he asked. I was blank. I knew I liked him but I wasn't ready to marry him.

I wasn't brought up to get married and settled at 19. I was still studying.

I asked him to go ahead with his family's plans and not to wait for me. 2-3 days later, he again gave me a call and asked the same thing. And, even this time my answer did not change. I was adamant about my decision of not getting married so early.

I became so busy in my life that I didn't get time to talk to him and moreover, I felt as if I was disturbing him and his wife. A few months later, he gave me a call. I was glad to see his call. I spoke to him enthusiastically but what I heard over the phone changed my life. He told me that he was not happy with his wife. He was having problems in his married life. When he sensed the disappointment in my tone, he changed the topic. Our conversation lasted for a few minutes.

I told my best friend about his troubled married life and I also told her that I feel guilty for putting him in this situation. She was kind of mad at me and told me that I wasn't at fault.

I always felt that if I had said a yes to marry him, he wouldn’t have married that woman and he wouldn't be in trouble then. I felt guilty for this reason. I felt regret for rejecting his proposal.

I felt guilty for putting the world's best man into so much of trouble.

Again we weren't in touch for another few months. But when we started talking later, he never told me anything about his wife. Even when I asked him, he used to dismiss or change the topic. He never showed me their pictures, not even his wife's picture. When I discussed this with my friends, they told me that maybe he was lying about his married life just to make me jealous. Somewhere I was happy to know that he was single. In fact, I was very happy. My happiness knew no bounds but I still wasn't sure if he was married or single. And whenever I asked him, he never gave me an appropriate answer. I was confused.

I stopped hanging out with friends. I stopped attending family functions. I couldn't eat and sleep properly. The confusion whether he was married or single troubled me so much that I couldn't even concentrate on driving.

I gave up on everything. I even stopped replying to messages. They used to lie in my inbox for weeks together and I did not even bother opening them.

One fine day, my best friend spoke to him for the first time and her perspective of him changed forever. That was the day she understood why I fell in love with him. Earlier she had a playboy kind of image in mind.

He told her that he was married but my heart was not ready to believe him, for the first time.

She felt guilty for putting me in that situation when it wasn't her fault.

Even today she feels so. She says that if she hadn’t stopped me from talking to him, I would have told her everything about him and she would know that he was actually a great guy and not a playboy.

I fell in love with the right person but at the wrong time. I realized that I love him when it was too late. I lost the best man ever to chase my dreams. Little did I realize that he would have stood by me and supported my dreams.

Even today I feel guilty for letting him marry his wife. It has been over a year and he is s still not happy with his wife. They are still having problems.

We are in touch. We are good friends now but we still regret not marrying each other. I regret losing him.

I just hope his wife realizes his worth soon. I wish to see him happy.

Share this story, because there are certain things beyond our control. As soon as we accept that fact, no one can stop us from being happy.