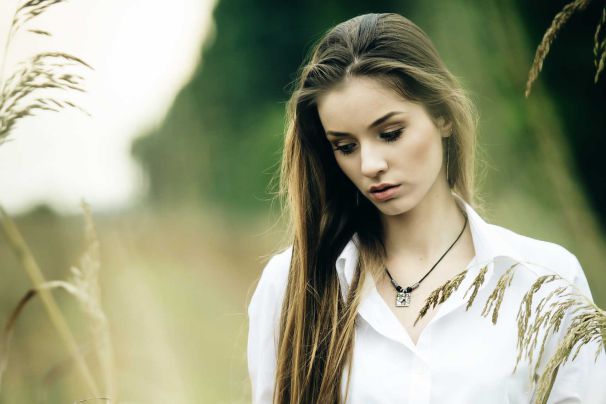 He was my brother’s friend and we shared a good rapport with each other. I used to share everything with him and I felt good when I did so.

I felt so secure that I secretly even wished to have a husband like him. We used to chat for hours together and we chatted almost all day.

We started taking things seriously. I don’t even know how it started. I knew it was wrong but I somehow convinced myself that what we shared was ‘love.’ He used to give me a lot of attention and love. But things changed, as expected.

He hardly returned my texts and calls on time now.

We had our usual arguments and all he always said was, “It’s the work. I am not able to focus on my personal stuff.” I tried to understand his situation and made sure that I was not pressurizing him.

Even if he called in the middle of the night, I made myself available to him and was eager to speak with him.

I cancelled my plans so that we could spend enough time together. I stopped fighting with him for not spending enough time with me as I thought that it was just a bad phase.

Little did I know that I was giving away my life too. I had cancelled so many plans with my friends and family that I hardly had any connection with them anymore. I missed so many birthdays and anniversaries so that I could spend time with this guy.

But he spent an enormous amount of time with his friends and family and didn’t even bother to think about me. I would wait for hours together just to get his reply. I used to forgive him very easily. But then things worsened.

One day, he forced me to send a nude picture of mine to him.

We lived in different cities and were not physically intimate as yet. I would politely deny his request until one day he started pestering me so much that I stared believing that I was in an emotionally abusive relationship.

He said he would breakup with me if I didn’t send him any nude pictures of mine. I kept telling him that I was not comfortable doing such things. But he never listened. I think I was so much in love with him that I did not want to let him go so I kept postponing the inevitable. But I couldn’t do it any longer.

I decided to stand up for myself and told him that I would not be sending him any of my nudes and he was free to leave me. To my surprise, he left.

I suffered from depression for around one month. My dad was so worried that he took me to a doctor. Slowly after undergoing therapy and with my dad’s support, I regained myself. I started spending more time with my friends and family. I realized how much I had been missing out on.

I was really happy that my relationship with him was over.

I shifted to another city and I am now with another guy. I have never felt so sure about someone before. I am doing great, both professionally and personally thanks to the support of my family and friends.

So guys, all I am saying is never compromise on your dignity and self respect for someone who is using you for their needs. Stand up for yourself no matter what. It’s a beautiful world out there. Never rush and don’t worry about letting go of things.

Share this story because like this confident young girl, we should never allow anyone to push us beyond a certain limit. It is more important that we remain true to ourselves first.