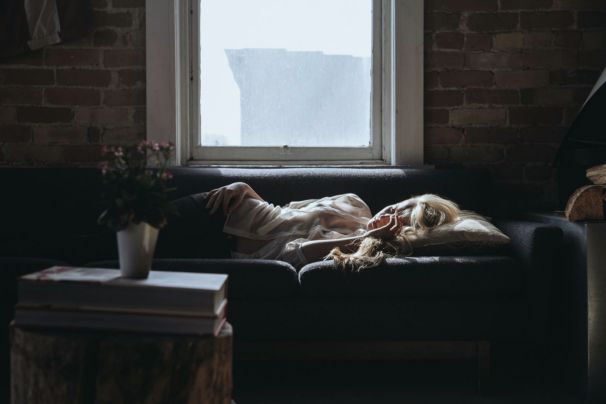 I met this guy in the year 2015 at a common get together. I had rarely spoken with anyone till this guy asked for my number from a friend and texted me. We started speaking with each other on WhatsApp. Later I sent him a friend request on Facebook him.

We became friends and things were going good, we even went for a trip with our friends. It was all so much fun.

I knew the guy wasn't my type. I hate people who drink and smoke but somehow I used to end up talking to him all day, all night. Somewhere I started building a soft corner for him. He knew it as well.

I took a step ahead and told him about my feelings. He said he needed time to think. I was okay with it.

Eventually he also confessed that he wanted to spend his life with me but there were going to lots of family issues. I was ready to face them with him. Despite knowing that he was a coward, I went ahead. I voluntarily fell for him because love is blind.

He took 8-9 months to decide whether he loved me or not, then he finally proposed at a wedding. He said he loves me and he would like to spend his entire life with me. He also mentioned he'll talk to his parents. I was on top of the world that day because I knew my parents would agree.

He promised me that everything will fall in place. On my friend's wedding night both of us lost our control and we got intimate. I don't regret losing my virginity to a person I loved so much but the destiny had other plans for me.

Just within a week I get to hear that my boyfriend was engaged and he was marring a girl of his parents' choice. I called him and begged him not to do that to me. He said, "Now things are not in my hands. It's better if we just stay as friends now." I somehow accepted the fact and got busy with work.

There was a trip planned for later, I went there. I wasn't aware that he'd be coming for it. He came to me and apologized me and said he still loved me. We had a moment and it was beautiful.

He got married last month and the last text I received from him was - "I was never sure whether I loved you or not. Please stay happy and I'll pray to God that one day you'll find someone who deserves you."

Till date I wonder if it was my mistake. Why did he hurt my feelings when he was not sure of anything? 2 long years he was in a relationship with me and he was not sure about his feelings still.

Share this story because closure is the least you can give to your partner.