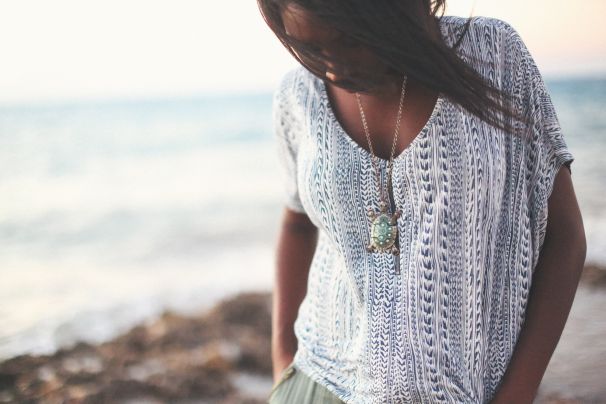 I think what we had was not love. So here it goes, the story of “my first love". I'm writing my story so that I can share my pain. I was 18 years old, enjoying my life. I met a person on Facebook, we shared mutual friends. I had this thing about me, it was usually easy for me to get others’ attention or attract them toward me. So a few days passed by, we became good friends and we shared our contact numbers and pictures. He was a very nice and decent guy who supported me in every scenario.

But things changed as soon as he proposed me. Wo meri aadat ban chuka tha ya phir latt, lekin shayad wo pyaar nahi tha.

I made the most terrible mistake of my life by keeping him in it. It felt like love is in the air, even the climate started feeling beautiful. Everything seemed special and nice. But nothing remained the same for long. I got to know about his lust towards me, he started forcing me to get physical with him, kissing me in public places. It carried on. I was so addicted towards him that I did not want to leave him at any cost. I fought with my family, left my studies and career behind. I was totally mad about him and he played very well with my mind to keep me in his control. But soon everything changed. I was locked in my house later on. I started losing interest in him and I got to know the bitter truth. He was not the one I loved anymore. He was a completely different person, almost like a stranger. He had been lying, telling lies throughout. He did every possible thing to keep me like his property. His family and he made sure to spoil my reputation and my respect in society. He was only using me for my dad's money and to get popularity among his friends and relatives.

He just wanted to show them that he has won the prize of fame in which he could literally enjoy his life with pride and honor.

When I finally understood his plan, I left him, but he didn’t want to leave me. They started to harm me with their actions. He was not letting me get rid of him. After trying so hard, I left him. I blocked him on all social media sites and now also he is just in search of a single chance to spoil my life. I belong to a middle-class reputed family, now I’m going to start my new life. I am getting married to the person whom my parents have chosen for me. I regret and hate all those moments which I spent with him I regret and hate my past. I’m guilty so I could not keep it in my heart and I confessed here. I want to know what people will say about my story. I may not have explained everything but I can surely say I’m the victim and he is the culprit. Every day I live in fear that he may come back to spoil my present and my future. I fear him and his family. I don’t want to take any action against him because I have already lost a lot and I don’t want to lose my parents this time.

I love my mom and dad and my family even more than before now.

I’m glad for AkkarBakkar’s existence. Thank you for letting me express myself here. THANK YOU!

Share this story to give the author her answer.