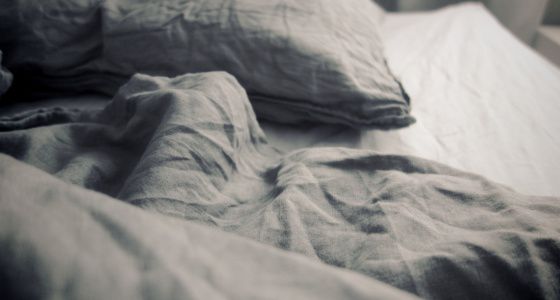 Apparently, it was too late for me to have a job, but I got it. I was eagerly looking forward to joining, as this meant that could bear my bread all by myself now. At the office, I made four friends, two boys and two girls. There was nothing romantic between us, we were just formal, and enjoyed each and every moment of our new jobs. But soon, a couple had bloomed among us. I started to maintain a distance from everyone.

Fortunately, I got transferred to another office. And the group dissolved.

After that, I heard from somewhere else about them. I had even stopped talking to them on the phone. I was aloof and alone for a long time. One day, I was upset and I thought I should reach out to them and plan to meet somewhere. Unfortunately, the phone numbers of two of them were not in existence anymore. One number went through and this was the boy of the lovebird in the group. I started talking to his girl. After some time, we planned to meet. When I went to the place my friend was not there, but her boyfriend was. He was surprised to see me and exclaimed with a lustful eye that I was looking gorgeous. I hesitated but as he was my old friend, I went forward and greeted him. He seemed a bit lost but I couldn’t figure out why. He tried to make me comfortable and soon I was in my comfort zone.

Then he told me that he wanted to change his outfit as it was too dirty and his hostel was nearby. He went to the hostel and I followed him blindly up to his room.

He went to wash his face and I sat in his dark, clumsy and dirty room with a vacant mind. Then suddenly it hit me! I wondered why I am here and what he must think about it. But it was too late. I was met with an unexpected attack, and it broke me down. He did whatever he wanted to do. I was shocked and could not understand why my flight or fight hormone was not working. I was numb, weeping and trying to escape from his strong arms. I was trying too hard for my hormones to come back into balance. At last, an idea came to my mind. As he was not stopping himself, I told him to stop politely and lovingly. I kissed him and told him that, “dear boy you are too good and I want to do everything for you but today I am not prepared to do it or enjoy these things”. This way, I tried to satisfied his ego also. To make him believe me, I scheduled another date to enjoy with him.

I don’t know what happened to him then, and he stopped suddenly. I quickly got up and readied myself to leave.

Again he led me outside, and I was following him but not blindly this time. O God! I escaped then. I quickly hired an auto and headed to my house without saying a single word to him. I didn’t even want to see him anymore. He tried to contact me several times. But I vanished for everyone. It was a nightmare for me, but if you are innocent, God will never be unjust to you.

It was at that time, I felt the presence of God, who changed his state of mind.

Consent is important. Period. Share this story because many people fail to realize the importance of consent.

YOUR STORY
Your Stories
POEM
LIFE IN THE TIMES OF CORONA
LET'S FACE IT
BAKKAR. CHAI. SUTTA