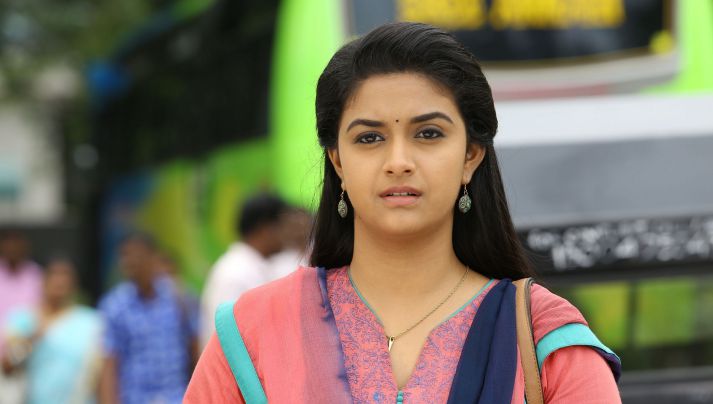 I had always wanted to pursue a career in teaching. So I was quite happy when I got my first job recently.

But I was unaware that I too would be involved in the dirty world of politics in my institution.

I loved teaching all the youngsters at my college. They were growing up and were eager to make their mark in the world. I would always feel energized after a class. I could see the lush lemony green leaves of the ripening fruits in our campus and I was satisfied because I was now a part of this noble profession.

But I didn’t know that I would have to face so many hidden challenges when I got this wonderful opportunity.

Two days after joining the college I was asked if I felt comfortable with my work. My only remark to the higher authorities was, “I have never met such people in my life before.” Initially, the days passed on quite smoothly and quickly. I loved wearing my sarees. I loved my books and my classes.

But two weeks later a serious change took place in our department. We now had a new dean for our law department.  Surprisingly the dean looked like a humble and versatile man. But he ended his introduction with the words, “….you may not like me later.”

Another colleague called Arushi too was as young as me. She was pretty cool and had won people's hearts with her camaraderie. When we sat down to have our coffee we would chat endlessly. After a while, one of our seniors too joined us for our coffee and chat sessions. It was easy to work in the law department. Or so we thought.

It took our dean a couple of months to settle down and things now started becoming messy. His tone and his body language changed slowly. It was not good anymore. It steadily became worse.

I started looking at my passion as a profession now. I did not love it or hate it anymore. I just did my job now. I felt that the people around me had plastic faces.

Things were waiting to happen in our lives. We could sense something cooking. Two isolated people seemed to be exchanging glances all the time. It then moved on to verbal expression and quickly their chats turned to heart-to-heart conversations about the department.

Ms Trisha was married and had a cute little innocent son. But she was a cunning lady who was outrageously manipulative. She was a dangerous woman.

And like empty minds in a devil’s workshop – Ms Trisha and the dean started leaking things to the higher authorities.

Whether it was our punch in time or lunch or coffee discussions – everything was being reported to the higher authorities. We landed into problems when the dean listened to all the news that she gave him.

He then peppered it with a lot of fleshy lies and reported matters to the higher authorities.

He would tell us about all the psychiatric treatment that he had taken. He would keep telling us about the power he wielded over us.

Simply put he was a disgusting man. He would not commit any offence directly. He would just keep threatening us.

Earlier when we had meetings, everyone would speak. Now only the dean and Ms Trisha spoke. The rest of us simply did the work. Wo kaam karne ka nazariya kya badla, samaa badal gaya.

Everything that we did was put on record. Every single detail was scrutinized routinely. Even if we ate or talked to one another an email was sent up. One fine day, things took a nasty turn because we were having an issue with the circulation and allocation of subjects.

All these things were being done according to the whims and fancies of just one person. We were all having problems with this. All of us kept quiet for the first six months but in the next semester, we were determined to oppose their decision.

We sent a small message to our group and this was immediately reported to the higher authorities.  The plot had already been hatched. We were framed for speaking against his arbitrary act.

We felt as if we had been castrated. We wanted to speak to the higher authorities and tell them about all the threats that he kept giving us. We knew we were all victims and we wanted to bring this to their notice.

Suffice to say that at the age of 25 I had met the meanest and the dirtiest man on the work front. I did not know that even in a profession like teaching the systems could be so flawed.

Dignity and self-respect were very important to all of us but we knew we all had to take care of our careers too. But we are under no illusions now. We know that no ear will cater to any of our needs.

I learnt a tough lesson but I did learn it. And this sums up all my learning.

When we accept the fact that we live in an extremely unfair world, maybe we learn to operate within our own circle of control in our professional and personal lives. Let’s learn to be flexible with our approach to our work and work within the framework that we are given. Maybe we will end up learning something different and even more beautiful along the way. Let’s share this story and learn to do what we have to do with a smile.