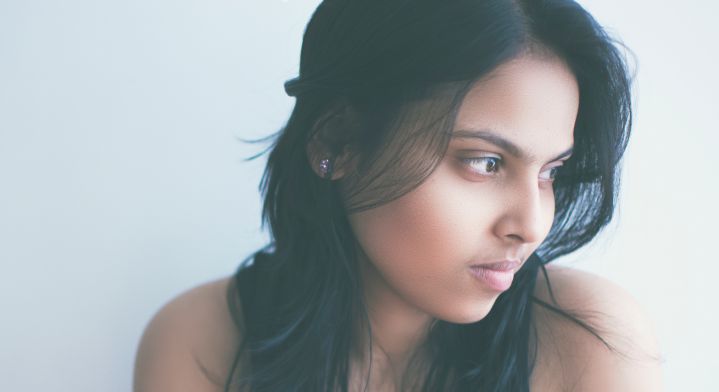 I too dreamt of a prince charming whisking me away at a fairy tale wedding. I too wanted to wear a gorgeous white gown, with my face under a delicate veil, holding my fathers' hand and walking into a church, with all my friends playing bridesmaid. I always thought that I'd grow up to make a loving, caring and loyal wife, who would do everything possible for her better half and her world, her future children.

But now, I don't want to get married, ever.

I have been in five different relationships, but hear my story before you judge me. I've always been an average looking girl and have tried to give everything in a relationship. But all my relationships came to an end because of one reason - I didn't want to get physical.

My first boyfriend proposed to me only because of a silly bet he made with his friends. We broke up after a month. My second boyfriend broke up with me because I didn't kiss him. And I think I was right in refusing him because he never had any time for me. Every time I called him, he ignored me. He even asked me to recharge his phone but he never spent that balance on me. I was in a relationship with him for four months.

My third boyfriend and I broke up because he kept flirting with other girls and I couldn't take it. We were in a relationship for four months. My fourth boyfriend was the weirdest one, he never had any time for me, he never even asked me to kiss him or hug him or show affection in any other way. He once had some money problem going on. I asked him if I could help him with it in any way and he said that he needed a thousand bucks. I gave him that money but there was still no call or text from him. After I broke up with him, he vanished like a shooting star. I was in a relationship with him for two months.

My fifth boyfriend, I spent my most beautiful moments with him. I was so serious about him that I wanted to marry him. I used to buy him gifts and chocolates. I even wrote love notes to him. But as time passed, he changed. He only wanted sex. I understand that intimacy is important in a relationship, but I wanted to be mentally prepared before getting so close to someone. When I tried explaining why I wasn't ready to get physical with him, he started flirting other girls. This broke me. After being with him for ten months, I broke up with him. I couldn't stop crying. I became weak, once,  and went back to him saying that I was ready to do everything he asked for if only he would stay with me. But he rejected me like I didn't mean anything to him.

In all my relationships, I was always a good girlfriend. I had no demands and was always loyal, honest and loving. In fact, I liked giving gifts and surprises and never expected anything in return.But every time, they wanted my body over my soul.

They never valued my feelings, emotions and efforts. I'm not saying true love doesn't exist. But I'm not sure if its my cup of tea. I'm afraid of being in a relationship now and even if I do get married, I don't think I'll feel comfortable with my husband, either. I want someone to make the effort to get to know me, fall in love with me and then try to get intimate with me. I guess I am just afraid of being betrayed, again.