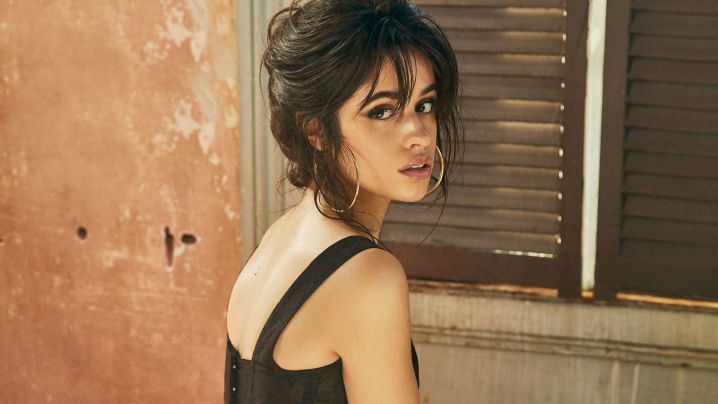 I was in the final year of my college when it all started. One day, I started debating about the ISIS on my friend’s timeline. One particular guy liked all my comments. I got a friend request from him the next day itself. I usually ignored all the friend requests that I got from unknown people. I was about to ignore this particular request too when I noticed that we had several mutual friends. So I decided to check out his profile. He was a student in one of the most reputed colleges of Calcutta. I did not really like the students who studied at that college. So I hesitated for a while but then decided to just accept his request.

I still don’t remember how or when we started talking. All I remember is that we had an awful lot in common. We shared the same interests and believed in the same things. We had the same perspectives about life too.

I was not really looking for a relationship at that time. I knew that all relationships needed to be worked upon constantly. I was not yet ready to do all this. So, we just talked to each other for a few months.

He then asked me out on a date. I couldn’t refuse. It was really a weird date. We went to a reputed Chinese eatery in Tiretti Bazaar. We then strolled through College Street. We then rushed to find shelter in Paramount because we did not want to get drenched in the sudden downpour. We sat by the Sarovar on our second date. We put our feet in the water, fed the fishes and watched the sun go down as we talked about life in general.

He was doing his final year of MBBS at that time. I had just passed out of college. I went on to do my post graduation. I had also enrolled in Spanish classes. He too was extremely busy with his classes and his tuitions.

Yet we made it a point to meet regularly now. Somewhere amidst all this we also fell for each other.

We had been together for almost two years now. I had finished my post graduation too. He had completed his MBBS. I was busy with my course and my internship. He had an equally hectic schedule with his yearlong medical internship. But we survived through most of it.

When I reflected on our relationship, I realized how much I had grown as a person after meeting him. I had become more patient now. I was willing to make compromises for him. I knew how to be there for him at all times but especially when he had been through a bad day.

I bit my nails off when I got the news about the attack on doctors. I learnt to live through that too. I had not been able to contact him at that time because we were all facing network issues. I was amazed by my own reaction – I got just one message from him the next day and that was enough to make me happy.

My schedule was now full of ‘ad days’ and ‘post ad days’. His schedule was full of OPDs and evening rounds. We had to miss out on attending several occasions like birthdays and anniversaries. But it was during this phase that I learn a lot about myself too. Of course, I also fell more deeply in love with him.

Several people warned me about dating a doctor. I knew they were all judging me. Frankly speaking, I had never had an easy time but I did get used to it too. And once I got used to it, I got addicted to living this kind of a life.

I was able to push my own limits without even realizing that I was doing this. I learnt to make things work in a relationship. If all this had happened to me a few years back I would have flippantly said, “Dude, I don’t care. I don’t need a guy.” But today my statement was, “I tried to make things work but he was just not interested in me anymore.” I held on to this relationship for as long as I could but something else was in store for me.

I thought we could somehow make things work out for us. I tried to bring the truth out in the open. I waited patiently for him for weeks with the hope that someday he would open up and tell me the truth. But now I could see my fears transforming into reality.

Yes, he had indeed been cheating on me. And the worst part of it was that he had cheated on me because he was influenced by two of his best friends.

I had considered his best friends as my friends too. In fact, one of them had even been my personal physician earlier. I had even slept on his lap once. He was very close to these two friends. Unfortunately, both of them had never liked me.

In fact, they always found reasons to hate me.

They seemed to hate me for no apparent reason. The damage was done now. And none of them was interested in setting things right. They put the last nail on the coffin of our relationship by pairing him up with another girl. He is with that girl now.

I have been facing a lot of problems over the past few months. He trusts his friends blindly. The other girl interferes in his life constantly and this has created a distance between us. I hoped he would realize my worth after some time. But no. He got busier with his work schedule. I was busy with my own internship. So we could not spend much time together. The other girl now got the opportunity to seduce him. She swept him away from me. When I realized all this, I tried to make amends. But I could see that he just wasn’t interested in me anymore.

I kept asking him if anything was wrong between us. He kept lying saying that the other girl was actually with someone else. He also said that he never had anything in common with her. But I knew they went out shopping together. I knew they had their lunch together. He would tell me that he had gone out for a movie with his friends but I knew he had gone out with her alone. I overlooked all this even though all this had been happening in the last few months.

I trusted him totally so I had never been skeptical about our relationship.

He then stopped talking with me. In fact, he did not even take the initiative to communicate with me now. I confided in my friends and told them about my fears. They just could not believe my words. After a while, some of his friends and co-interns called me up to find out why I had not attended the convocation. They were shell-shocked when they realized that I did not even know about it.

Thanks to all my friends, I am still sane. I just got over my depression. I have moved on too. My friends took the responsibility of keeping a tab on my health. They supplied me with medicines and even helped me get a medical certificate. They helped me find that much-needed closure that I had been yearning for.

We met again after two years. At first, he didn't even give me a reason for breaking up with me. He then came up with all kinds of crappy reasons. I knew all these reasons would never have been an issue for ‘us'. And finally, the truth came to light.

Yes, I did learn a lot through this relationship but I also lost the ability to trust another guy.

I have several guy friends even today. But I will never be able to interact freely with his best friends.

I had always been a person who loved to dream. But now I don’t even feel like dreaming.

Some people will be with us forever. Yet others enter our lives, serve a specific purpose and then drift out for forever. Sometimes we discover our true worth only when we lose ourselves in our relationships. It’s up to us to nurture these wondrous qualities that we have discovered about ourselves. Do share this story because one disastrous relationship does not mean we should lose faith in love. We are all worthy of love. Let’s always allow love to flow into our lives….