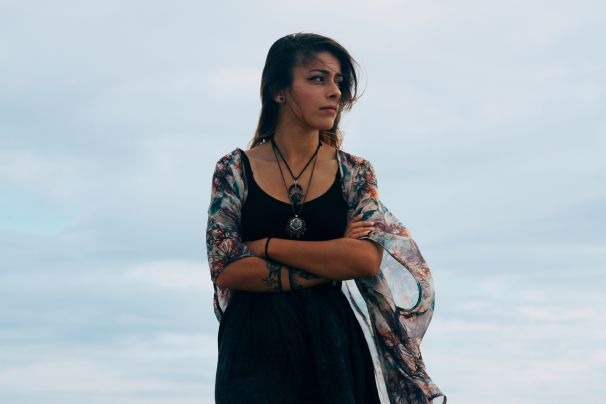 It all started with a crush that I had on a random person. I met this person when I had gone on a picnic. I was in my 8th grade at that time. Like all other girls, I too tried to look for my crush in all the functions that we attended. But whenever I tried to look for him I would end up seeing his friend instead of him. Slowly, I started looking for his friend now. By the time the next picnic had been arranged, I knew I had a crush on his friend. His name was Arjun. (I have changed his name here.)

Yes, Arjun was my first love. I thought of Arjun all the time and visualized my life with him. I just couldn’t concentrate in class. I became extremely restless. I was at a crucial juncture of my life at this time. My parents clearly told me that they expected me to do well in my board exams.

So, with a lot of determination, I started focussing on my studies. I refused to get distracted by anything else.

I prepared a timetable and worked hard. I finished my exams. The results were out. I had cleared my board exams with 92%. My parents were proud of my performance and were extremely happy for me. I then happened to see Arjun again in some function.

I would get restless every day but I just couldn't express my love for him.

A few days later, I got a call from an unknown number. I was surprised when I realized that Arjun was calling me. We started texting each other. But after a few days, he told me that he was committed.

I was shattered by the bitter truth. I couldn’t stop myself from telling him that I loved him. But I decided to stop contacting him because I did not want to ruin three people’s lives.

We stopped texting. Eventually, I accepted the fact that my first love proved to be a failure.

It took me a long time to move on. But I did.

I was studying in 12th standard when I got Arjun’s call. He told me that he had broken up with his girl. He then said that he wanted to give my love a chance. I was the happiest person in the world that day. I had never felt so happy before.

We got into a beautiful committed relationship. Both of us willingly made several sacrifices for each other. We experienced a lot of success in our respective fields and supported each other totally. Those days were magical indeed.

One fine day, my brother got to know about our relationship. He created a lot of hungama at home. Luckily, my dad was not at home at that time. I had almost given up all hopes of going ahead with my relationship with Arjun that day. But that night, Arjun called me and said that he had convinced my brother. He assured me that my brother would not create any problems in our relationship.

I had not expected this to happen so I was pleasantly surprised by this unexpected turn of events. Our bond became stronger by the day after this.

A few months later, Arjun got a new job and I got into engineering. Things started changing in our relationship now. We started fighting with each other. Both of us were mentally disturbed by our possessiveness, restrictions and the tears that followed.

We broke up and patched up several times. But the love between us remained unchanged for 6 years.

Some of my friends admired me for my strong relationship with Arjun. But a few of my friends were unhappy because Arjun restricted me from hanging out with them.

Unfortunately, after a while, my dad got to know about my relationship. My dad had a good reputation in our locality. He was totally against the fact that I had fallen in love with a guy who was not as academically qualified as I was. I had done my M.Tech but he had completed his 12th standard and was currently working as a journalist.

Dad refused to accept the reality. I simply could not convince him. He was against my love marriage.

Arjun was a short-tempered person. So things didn't really work out between my dad and Arjun.

I knew that I would have to elope with Arjun if I wanted to marry him. I would be a great lover if I did this but I knew my dad would never forgive me for doing this. My parents had sacrificed a lot for me. They had worked day and night to ensure that I was well educated. I knew I would break their hearts if I eloped with Arjun.

I now had an option. I had to choose between 6 years of beautiful love and 24 years of unconditional love.

I realized that I could not break the trust that my parents had in me. In return for all that they had sacrificed for me all through these years, I decided to sacrifice my love for them.

He got the worst shock of his life when I told him about my decision. He tried his best to convince me but he failed to convince my dad. Maybe I too was unsuccessful in convincing my dad. It’s been almost a year since we broke up.

Arjun and I are good friends now. Yes! I have moved on. Maybe Arjun too has moved on. But the love that we have for each other is immortal.

I know that I will never feel so deeply for any other man. Arjun was my first and last true love. I loved him so much that I have no more love left to give to any other man. Yet, I know that I lived through the most beautiful journey of my life for 6 years. I will always cherish all our memories till my dying day. But I am happy being single now too.

I make it a point to enjoy my life to the fullest now.

We have to move on in life. I believe in God. I know that he works in his own way and has our best interests at heart. Everything happens for a reason. What is meant to happen will always find its way into our lives. Sometimes we are caught between the love that we have for two important people in our lives. Just go with the flow. God will show you the way. Everything will make perfect sense to us at the right time.

We will always love different people in completely different ways. Let’s not try to compare the love that we have/had for one person with the love that we may have for another person. Letting go of loving relationships is very painful. But let’s learn to overcome our fear of forging deep bonds of love with other people. Let’s share this story and open our hearts to the beautiful experiences that await us and be receptive to love at all times of our lives.