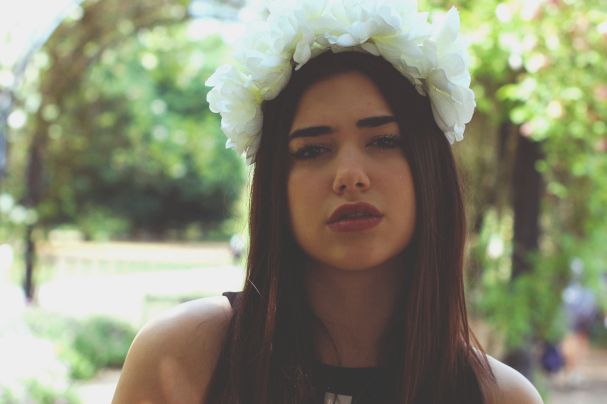 Growing up, I never believed in love. I was always that kind of science nerd who thought 'love is just a chemical reaction of the brain'. But the truth was that I never wanted to admit how badly I wanted a boyfriend. I was a closet romantic.

Even when I saw my closest friends dating boys, in high school my aim was to study 'like a good girl'. Even though I am from a moderate orthodox Muslim family, I never wanted to break my parents' trust. So I used to dream in the privacy of my bedroom about that one big love.

During the last year of high school, I went to my cousin's aunt's wedding. I have a lot of relatives, both blood and marriage-wise. At this wedding, I happen to meet my cousin sister's son, whom I haven't seen for decades. We started talking and talking and we were inseparable even after the reception feast was over. There was some kind of spark between us. For a seventeen-year-old girl, talking to a twenty-one-year-old boy for this long in public was a dream come true. We exchanged our phone numbers and at the end of the night, I didn't want to say goodbye.

I went home and started listening to the most romantic songs which further fuelled my longing for him. After a few days of late night talking over the phone, he confessed his feelings for me. I was too young to understand that this was just forbidden fruit tasting so good.

I was completely floored by his charms, his intelligence, he was my first boyfriend and I felt lucky. He told me about his ex-girlfriend, and that it didn't work out because she was of a different religion. I didn't stop to think that he had previous dating experience and that I had none. I was happy that he was dating me then. He wanted to tell his mother about our relationship, and I was so stupid to believe that it would work out between us even though we were related.

After a week or so we met again at his grandmother's house, we had intentionally planned both of our arrivals on the same day. No one suspected anything, after all, he was my cousin's son. Soon it was night and one by one people started leaving for their rooms to sleep. Until we both were the only ones alone sitting in the hallway. He came and sat near me and I leaned my head on his shoulder. What happened next still haunts me even now. He lowered his head and kissed me. My first kiss happened so unexpectedly that I didn't feel anything except his overflowing saliva over my lips.

I pulled back and stood up, he walked towards me and hugged me so tight and started kissing me again. All I felt was the violation, it wasn't what I thought a first kiss would be. And it wasn't a good kiss too, it was very watery. He pulled away from me other fearing that someone would walk in on us. And we went to sleep in our different rooms.

The next series of phone calls and text messages were all about his promises and that he wanted to marry me. I was happy, I forgot all about my ambitions and all I wanted was to marry him. One day when we were texting he told me that he was at his grandmother's house again. I was very surprised because he never told me that he was going there. So I told him that I'll come to meet him, to which he replied that he would be leaving soon.

It wasn't the usual kind of response from him, something was wrong I knew it. So I took the bus and I showed unexpectedly at his grandmother's house. His grandma and grandpa had gone out and he was there alone. He didn't have that happy smile when he saw me.

The TV was on and he was watching it. I went down and sat near him on the sofa. I tried to hug him but he just pushed me away. I was just a teenager who refused to accept that kind of a hint. So I tried hugging him again and that time he got up and walked to his room. I followed him there.

He said 'What we are doing is wrong, don't you think? We should stop it.'

Hearing it from a guy who promised me love and a future together, shattered me that day. Everything felt very foggy, and I remember taking my bag and running out. He didn't call me back or stopped me from leaving.

To this day I remember the panic attack I was having while running away from him. It was my first of many panic attacks to come. Something died inside of me that day. I gave him my heart and he never gave it back. Sure it was wrong to fall in love with your relative, but I was too young and stupid.

He kept in touch with me on the pretext of me being a relative. I tried on several occasions to be nice and talk to him with a straight face. I even went to his engagement party with that straight face. The final straw came when he texted to personally invite me to his wedding. He started talking to me like an old friend. I blasted at him 'Don't think that you can just message me thinking it's cool between us. You never apologized to me for what happened. We will only talk to each other just to show others that nothing happened. Other than that, there's nothing, not even friendship.'

And it was then after nearly ten years that I felt some kind of peace.

Cousins grow up doing crazy things together and nothing ever gets in the way. Indian families have always taken this for granted. Share this story because someone out there needs to hear it because their family never gives them the space to talk about what they want and what's alright to have.