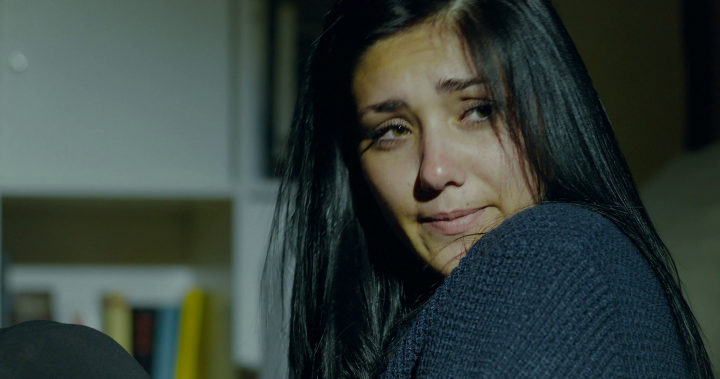 I have bottled up all my emotions for 13 long years. I just want to pour my heart out today. It all started when I was about to enter college. I was always a studious child. We did not have a computer in our house at that time so I enrolled in a computer course. I had to visit an internet café regularly whenever I wanted to use a computer.

One day, I got a message from a guy who was online. I rejected him immediately because I was not keen on getting into all this.

But he kept persuading me to chat with him till I agreed. Yes, it was very silly of me to have done so.

But I wasn’t aware of how selfish and tricky the outside world could often be. He made me fall for all his emotional talk. And I fell for it because I have always been an emotional fool.

I met him in our city on his birthday because he asked me to prove my love for him. I faced a lot of struggles but I left everyone and everything to keep my promise to him. We got married.

I did not know that this would be the end of my happiness. He had never been loyal to me. In fact, he is not loyal to me even today. He would always chat with other girls and hide all this from me. Sometimes he would go to meet them also. I had to tolerate all this because my family had not been supportive of the choices that I had made.

I was shattered when I lost my mother after a couple of years. We had to shift to another city and I had given birth to a baby girl by now. It was when I was expecting my second child that he crossed all his limits.

He not only chatted with other girls now but he had also entered into a serious relationship with a girl who was much younger to him. I came to know about all this only after my second child was 4 months old.

I was heartbroken when I came to know of all this. I became depressed and I wanted to die. I loved him so much that I even asked him to leave me and marry that girl.

But he knew that no one else could take care of him, his home, his kids and his parents like I did. I knew he would never have the guts to even think of leaving me.

After 4 years we shifted to another city but after a couple of years, we had to move back to our hometown. For the past 3 to 4 years, I have maintained only a friendly relationship with him. We did not share a husband and wife relationship anymore.

I thought that he could not handle the pressure of our marital relationship. I knew that it was better to be on friendly terms with him.

I have always been 100% loyal to him. But he has never ever been loyal to me. He was now in touch with another woman and I found out about this too. I could not divorce him because he would never agree to it. I had several other reasons too.

I had to think of my kids, his parents and my financial condition too.

A few months back, one of my friends created my profile on a dating app. I clearly told my friend that I was not interested in such things. I knew I was a very emotional person. I could never ever have flings or hookups. So I kept rejecting all the matches. Whenever anyone expressed any interest in my profile I would give them all the details about my life without hiding anything. I would tell them what I was looking for exactly.

I was just looking for a companion and a friend. But no one used that app for such things.

We mutually decided that we would always be there for each other regardless of what was going on in our lives. Yes, I fell in love with him and I fell hard. I guess he too fell in love with me – at least that is what he always told me.

I would always call him KHADOOS. We lived in the same city and we got an opportunity to spend one week of our lives with each other. It was like a fairy tale and I had always yearned for this. We used to chat the whole night because he had to report for work in the morning. I did not want to disturb him in any way. He was unwilling to meet me in public places because he hated crowds and I was unwilling to meet him in private for obvious reasons.

But then after a week, we decided to shed our inhibitions and meet at my place for 45 minutes because he had to report for work after that. We entered into a relationship after a week of meeting each other personally. But then something happened all of a sudden and I was totally shattered by it.

I wanted to talk to him but he did not have time because he was on an official trip. I tried calling him but in vain. My friend had told him something. I don’t know why he interfered in our relationship. I was completely unaware of what he had done but I apologized to him several times. I tried to explain things to him. I wanted him to see things from my perspective but he was not ready to listen to me. He has blocked me from everywhere.

He came, made me fall in love with him and left me for no fault of mine. It is really killing me. He had promised the world to me but he ended up shattering my world forever. He thinks I am lying to him.

He is a lawyer but is not able to figure out the truth. He does not realize who is lying to him. All I need is one chance to explain my side of things to him but he is not ready to give me that chance too. I really don’t know what to do now. I am heartbroken and feel helpless.

Life looks so much better when the love that we have for others is reciprocated. Love can infuse happiness into our lives at such times. Sadly, the people we love may find love elsewhere or choose to move on without us. Love now creates a sense of helplessness within us. Let’s share this story and hope that  the right facet of love lights up this young woman's life with happiness and bliss.