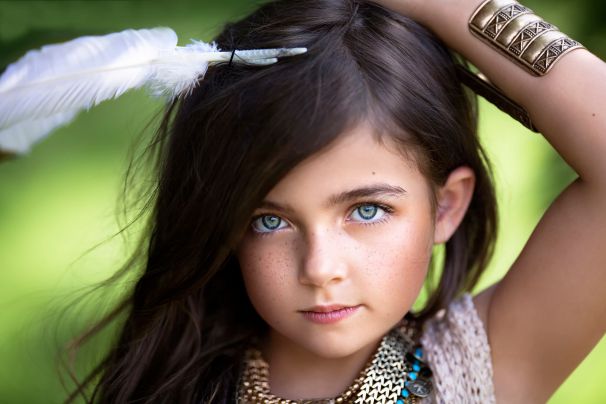 I really appreciate the efforts that you, the Honourable Prime Minister of India, are taking to develop India. In this regard, I would like to convey a few of my thoughts to you. I really feel that it would accelerate the ‘Beti  Bachao’ and ‘Beti Padhao Aandolan.’

I assure you that the real problem is not the birth of a girl child. It is the financial burden that her parents are forced to bear.

This could be directly related to the societal norms that her parents have to follow. The parents have to bear all the expenses to buy gifts for each and every occasion that is associated with her – before or after she gets married.

Dowry is a prerequisite in most Indian marriages even today.

It all starts when the boy’s side comes to see the potential bride. The groom and his parents are given lavish gifts.

It is as if the boy is doing the girl a favour by marrying her.

The groom’s side says that they want the girl’s side to host a wedding that costs them at least 25 – 30 lakhs.

Of course, they can then give whatever they wish to give to their daughter. But they also have to remember that the boy’s side has a reputation to keep up in their society.

They will then also say that they do not need anything personally. Which indirectly means give each and every penny that you own since you gave birth to a daughter.

People somehow assume that the more the dowry that is given, the happier the bride will be after her marriage!

To add to this already heavy financial burden, the majority of the expenses have to be borne by the girl’s parents because they have given birth to a girl. It does not matter that she is born and brought up in a good family and is a highly educated girl.

She will always be weighed by the scale of dowry that she brings in with her.

Even after getting married, she is expected to give birth to a male and is frowned upon when she is unsuccessful in doing this. Even after the birth of a baby, the girl’s parents have to buy each and every utility item for the baby – starting from a baby kit to baby chains, rings and gifts and gold for all the family members too. Clothes are given to the extended family members too as gifts.

The guy’s parents may not ask for a single penny but all this has to be done in the name of traditions or societal norms.

I don’t really understand one thing – why is only a girl’s family happy when she gets married or if there is any occasion? Why should they send gifts to the groom’s side to express their happiness?

Why does the boy’s family not give even a single gift to the girl’s parents during the wedding or on other occasions later on?

A guy has the right to support his parents financially or emotionally but a girl is expected to completely forget her responsibilities towards her parents! That is the most heart-wrenching part of it all.

Maybe that is the real reason why everyone likes to have a daughter-in-law but not a daughter. So they kill her when she is in the womb.

They don’t even give her a chance to spread her wings and live. We worry about our pets and take them to vets when they fall sick. But a girl child is killed in the womb as if she is a non-living creature. I can’t even imagine how the little blooming life must be feeling when she is aborted for no mistake of hers.

The Dowry Prevention Act 1961 is already in place. But I feel that the problem is not with the law. The problem persists in our society because of age-old traditions.

Here are some of my suggestions that will help resolve such issues. Every society/Samaj has a head and the entire society blindly follows this head. We have heads of the Brahmin Samaj, Agrawal Samaj, Maheshwari Samaj, Jain Samaj etc. Such people have subheads below them.

I request you, the Honourable Prime Minister, to personally meet all the heads of these societies and encourage them to implement the right measures that will benefit not only both the families but also the society as a whole.

One such measure should be that whatever the groom’s side accepts in marriage, they have to give an equal amount to the bride’s side too.

If they expect gold to be given to the girl, then they too have to give gold to the girl.

If they accept cash in the Tilak ceremony, then the limit should be Rs.11,000/- only.

Regardless of how wealthy both parties are, the wedding expenses should be borne equally by both of them.

A senior representative of the Samaj must always be present in each and every wedding to see if all this is implemented properly.

Simple weddings should be encouraged.

All the heads of the society and the politicians who spend lavishly on weddings should be stopped from doing this. They should lead by setting the right example for the entire society. Please ask all your party members too to implement and follow such norms.

I really appreciated what the Agrawal Samaj recently implemented in their Samaj.

They decided that no more than 18 items will be served in any marriage.

This rule was applicable to all the families of their Samaj. Even the wealthy families had to follow this rule. This way, unnecessary expenditure on marriages was curbed and wastage of food was avoided.

Another good thing that is followed is that no envelopes or gifts are accepted when a marriage takes place.

The Maheshwari Samaj in Rajasthan had decided that no envelopes would be given or accepted in any wedding that takes place in their Samaj. So much so that today all the people who belong to the Maheshwari Samaj respect and follow this norm religiously.

Then nobody will look upon a girl child as a burden. People must be encouraged to divide their property equally between a girl and a boy through social campaigns and through social media.

I know that you must be receiving letters in bulk. Maybe it is humanly impossible to pay heed to each and every letter that you receive. But if you are reading this then it is my humble request that you kindly add my suggestions to your Abhiyan. I am cent percent sure that you will be able to give all my suggestions the much-needed boost so that they can be effectively practised in our society.

A Beti who believes in equality.

A girl is the heart and soul of a family. She is a daughter. She is a ravishing woman. She is full of mirth and gaiety and believes in living life full throttle. She does not shirk her responsibilities when she becomes a wife, mother and a daughter-in-law. She is full of love and care now. She has started questioning things and believes that change is in the air. Come on girls and boys -  let’s share this story to create that change in our hearts and minds first.