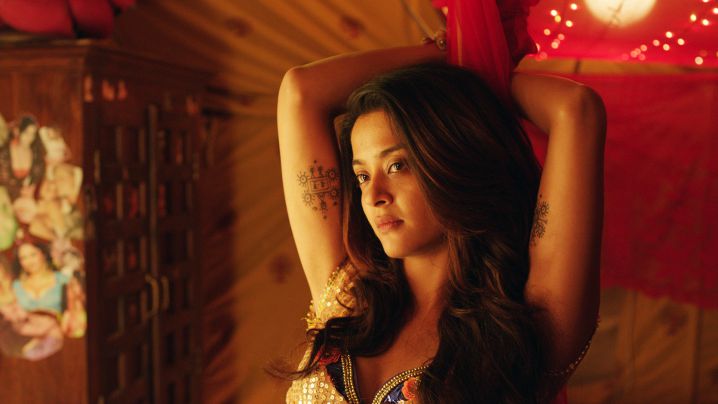 Two guys had been a part of my past. They had been desperate for me and left me after getting their piece of cake. They had emptied my heart completely. Then YOU arrived.

We met through a matrimonial site and suddenly everything seemed to make sense. Love had happened to me before. But I believed that this time the stars had written our love story on the skies. I felt I belonged to you. I had been longing for love for 29 years.

But after I met you I thought I was really getting the love that I had been yearning for.

All my desires slowly started taking shape. I started basking in the love that I had always believed in. I felt myself rising every time you held my hand, kissed my forehead or sang those lullabies for me.

I felt as if I could leave behind all my worries and my despair now.

I assumed that all the waiting that I had done for the right man to come into my life was finally over. I thought that all the wounds that were given by the people that I had put my faith in were finally healing.

I loved you when you said, “You aren’t alone. I am there for you.”

Yet my worst fears came alive that day. I cried and howled because I was horrified. You just said that your mom did not agree to our match. But it was contradictory to your earlier statement where you had mentioned that I was a replica of your mother who was a fighter. You also mentioned that you loved me as much as you loved her.

You said that she was simply going to love me like her own daughter because she did not have a daughter of her own.

You also said that your father wanted the bride’s father to spend a lot of money on the wedding but you were totally against the idea. You never wanted anyone else’s money. You said that all you wanted was me and life seemed so pointless to you without me.

So when your mom said, “No.” I wanted to know on what grounds. You didn’t show any desperation to be with the ‘first and the last love of your life.’ I remember pleading with you and asking you not to leave me. I had asked you to at least give me a reason for leaving me.

But you just wanted to put an end to the last scene of your not-so-great love story.

I slapped you on the road. I told you that I would seek legal assistance. I called your mom just to check if you had ever approached her and told her about us. She lied in your presence and you nodded in agreement. I then returned the gift that you had given me. You had made me wear it while I was sitting on your knee. My fists were clenched when I returned it to you and I could not stop the tears flowing down my face. I also returned the couple of thousand rupees that you had spent on me when we had met a few times. I did not want to burden my soul with the money that you had spent on me.

So there is nothing left between us now. I returned all that you had spent on me.

But will you be able to return all that I had invested in this relationship? It was only my feelings and my trust though. You don't have to repay those. Those are not returnable.

Just for your information, I am so exhausted that I can’t even look at myself in the mirror now. You told me that you were getting engaged to a girl that your parents chose for you.  You also wanted me to move on. You thought I was a large-hearted woman.

All I want to tell you is that amidst all this I have turned 30. I have also turned hopeless and loveless. I look 40. I do not intend to marry because I have given up on the idea that anyone can ever love me. This has happened because I let it happen.

But it actually happened because I trusted.

Perhaps this is something that we all learn with time and experience. We need to really master this art of loving ourselves totally and unconditionally. It is not always our fault when our love is not reciprocated. Let’s share this emotional story so that she realizes that she alone is the champion of her life.