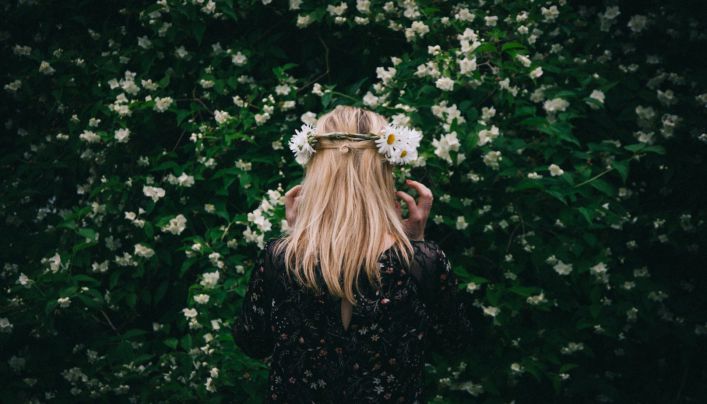 I am just a teenager. So what will I know about ‘love’? Right? And then people say – “Long distance relationships are tough on teenagers because their hormones are playing up during this phase”. God! Why are people so judgemental?

Well, I wanted to figure out such things for myself. I wanted to experience such things in my life. Sometimes, I feel that my life has been a lot more exciting compared to the lives of all my friends. I think God has added the best of spices in my life to compensate for the bland kind of life that my best friend leads.

No, my best friend is not boring. She is just not cut out for adventure, wildness, chaos etc. I had just finished my schooling. I was a teenager entering into a new world. College seemed like a lot of fun. Well, it wasn't because initially, I didn't feel like I belonged there. I felt as if I was alienated. I had to move out of my home.  I had been close to only two people in my life so far and both of them were quite far from me right now.

Two major changes took place during this time. I no longer had my level-headed best friend with me. Second, my boyfriend, Amit (I have changed his name here), who was the love of my life, had shifted to a different state altogether because he had got admission into a college there.

We hadn’t dated for long, but we were extremely close and happy with each other.

The first semester was fine. I missed both of them. But I survived. The second semester proved to be extremely interesting. I met a guy, Viren, (I have changed his name here), on the bus one day while returning home. He was my senior in college but was doing the same course as mine. He was five years older than me. Initially, I kept my distance from him because I knew that some seniors could be manipulative. But I guess, ‘kismet ko kuch aur hi manzoor tha.’

It turned out that we shared an extra credit class. This class started late in the afternoon and ended at twilight. Since we shared the same bus route, we ended up spending a lot of time together. He always treated me like a child and I liked it when he did this. Slowly we started spending time with each other outside the classroom. When I spent more time with him, I realized that we had many things in common.

Over a period of time, he became a good friend of mine. He would always cheer me up whenever I had a rough day. I could just be myself with him. I was glad that I finally had someone in college who could actually understand me.

One day, we were just talking to each other. We were not doing anything in particular. The sun was just setting and from our vantage point, we could see it going down slowly. I don't know what came over us. We kissed. I don't remember who took the first step. I don't know if it was mutual. But I do know that the attraction was mutual. It was a passionate kiss and it took me a while to break off.

My first thought was that my boyfriend, Amit, would be hurt. It had been months since I had felt a loving touch. Viren and I just sat in silence for a long while. Viren was the first one to break the silence.

He said, “I know you are in a relationship. I know we shouldn’t have done this. But to be very honest, I don’t really regret this either.” I didn’t give him a reply. I just stared at the setting sun.

Later that night, I ended up replaying the whole thing in my mind. I told myself that I had made a mistake.

But I couldn’t lie to myself. I knew I had actually liked it. But I found it difficult to talk to Amit now. Whenever I talked to him, I could only think of one thing - that I was hurting him.

But the kiss that Viren and I had shared had ignited something within me. I thirsted for more of that ‘something’. But at the same time, I felt ashamed of myself too. How could I even think of anyone else other than my guy, Amit? I wanted to control my thoughts now. So I started avoiding Viren.

He was decent enough to give me my space. But after a while, I couldn’t help thinking about him. He never expected anything from me. He did not push me to do things that I did not want to do. Maybe that is why I always felt at ease with him.

Finally, I met him in his room on a Monday. We continued to chat like before and then we started discussing the kiss that we had shared on that day. This time I took the initiative and kissed him. The kiss turned deeper and the next thing I knew was that I was lying naked, curled up next to him. I felt good. I had never expected this to happen. I knew he too had not expected it.

I ended up crying the next day. I refused to talk to anyone. My boyfriend, Amit, could not understand why I was crying. Viren knew that if I spoke to Amit, I would feel even more miserable.

When I next met Viren he understood that all this was hurting me. He told me that he would vanish from my life……all I needed to do was to ask him to do so. But that was the hardest part of it all. I had unknowingly fallen in love with him too.

But I am just so confused. I am just so scared of hurting anyone. I just hope I am able to make up my mind quickly before it is too late.

Can we really live through our lives without hurting others? Don’t we hurt our loved ones by being brutally honest with them at all times? Don’t we evolve into better human beings when we are transparent in such relationships? Yet, some people are incapable of accepting the reality. Is that why we choose our words so carefully (or choose silence) when we interact with them? Aren’t we hurting ourselves when we do this?  Let’s share this story and reflect on such questions.