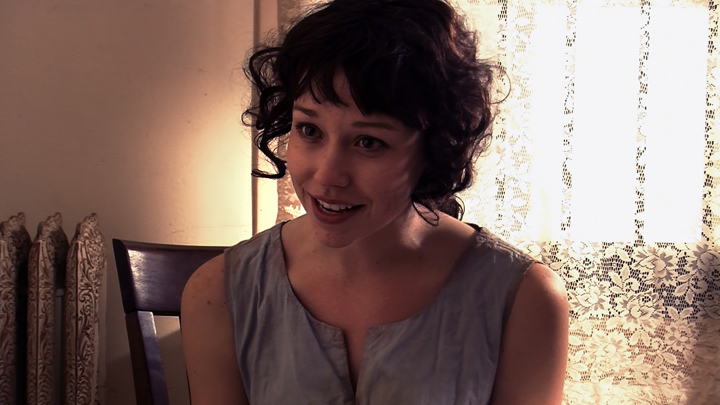 I met the love of my life around 4 years back. I was in the second year of college at that time. We had been schoolmates earlier and had bumped into each other after 5 years. We talked to each other casually and came to know that both of us were pursuing our degrees from the same university.

Both of us came to college at the same time. We studied in different departments but we smiled at each other whenever we met. Sometimes we met on the bus while going to college or while returning home. After a while, we started chatting on Facebook. Ordinary conversations soon changed into teasing. Three months after we had met for the first time, we started talking daily.

I had a lot of friends but I had never fallen in love with anyone before this. I had never had a boyfriend too. Initially, I knew that I just liked him a lot. But soon I realized that I was falling in love with him. Towards the end of the year, I told him how I felt about him.

But he said, “You are a really nice girl. You have a heart of gold. You are always ready to help others. But I am not good for you. I don’t deserve you.” I was shattered when I heard him say this but I just faked a smile in front of him.

But this time I decided to bottle up all my feelings. I was always there for him whenever he needed any kind of help. I supported him mentally and financially but never revealed my feelings to him again.

One day he told me that he had broken up with his girlfriend. He was heartbroken. I could not bear to see him in that state. I supported him and convinced him to continue studying. I asked him to focus on his career. I started taking care of him and ensured that he ate his breakfast and lunch regularly. I paid for his phone and internet bills. I gave him some money from the money that I had saved.

In fact, when I saw that he was really very upset about his break up, I even went and discussed the matter with his ex. I tried to convince her about the love that he had for her. But she was unwilling to listen to me.

One fine day, he proposed to me. It was like a dream come true for me. We started dating regularly. All my classmates and friends knew about us. Everyone thought that we were a perfect couple.

Things were moving along quite smoothly when suddenly destiny decided to change my life.

A week after my birthday, I met with an accident. I had a minor fracture in my leg. I could not go to my college for 2 days. On the third day, I noticed that he was behaving a little weirdly with me. I asked him if anything was wrong but he just said that I was thinking too much about it.

We went home together that day and he said, “I love you!” when we went to our respective homes. But the very next day he sent me a message and said, "I want to get back with my ex now." He then deleted all his social media accounts. I could not stop myself from crying that day. I called him up and asked him to meet me one last time. He did come but his ex-girlfriend came too.

When I saw both of them together, I turned around and walked away from them without uttering a single word.

I was unable to walk with my fractured leg but I didn’t stop or look back at them. I was shocked because he had broken up with me without even giving me a reason.

I wanted to end my life but my friend prevented me from doing this. She told me that committing suicide was not the solution to any kind of a problem. It took me a long time to overcome that break-up.

I forgot to smile. I forgot how to live too. I was just living like a dead body.

He came back to me after a few days and said he couldn’t live without me. He knew how much I loved him. But he couldn’t leave his girlfriend for some reason either. So we got back into a relationship.

We continued with our relationship though it was an unofficial one. But last month he said he wanted to break up with me.

At first, I thought it was quite normal for him to say this because we had fought recently. But I was wrong. When I called him up he asked me not to worry. He said everything was fine and he just wanted to concentrate on his studies. He said that is why he could not spend any time with me. He asked me to understand this. Days turned into weeks. I would end up crying throughout the nights. I was unable to sleep.

It has been more than one month now since we met each other. I still miss him.

I don’t know what my fault is. I don’t even know if I went wrong somewhere.

But I just wanted to tell him this much, “You turned my life into hell. You are the reason why I don’t smile anymore. I can’t trust anyone else because of what you did to me. But I still love you and I will always love you. My heart still misses a beat when I hear your name. You may never care about me but I will always care for you. I can never ever give someone else your place. I can’t love someone else. I still live through each day with the hope that you will come back. I still pray for you. I don’t want God to punish you for what you did to me because I can’t bear to see you in trouble.

I was heartbroken to see you with someone else yet I just want you to be happy.

Often we learn things the really hard way when we personally go through such heartbreaking experiences. Let’s learn to invest a whole lot of time and energy in exploring our talents and hobbies. Let’s understand and love ourselves totally first. When we are more confident about ourselves we will be able to gauge others astutely. Let’s share this story and understand a person before we ‘love’ him/her. Why do we lose our identity when we fall in love with another person?

Life Is Tough
YOURS GEEKLY
Let's Face It
The Golden Bird
BAKKAR. CHAI. SUTTA
LIFE IN THE TIMES OF CORONA