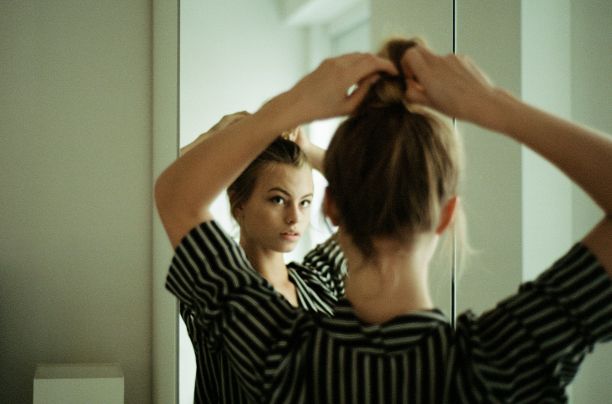 “First love is not like a lamp that flickers out over time. It is a fire that keeps burning within us till our last breath.” I believe in this quote.

But now I felt I wanted love too. I guess I felt this way because of my parents. They were too busy to love me or even consider me a human being.

My dad was always busy trying to create a company of repute. My mom was always busy showing off all the things that she had in her life to her friends. I met him on my birthday. He was older than me by 2 years. He walked in with his dad who was my father’s close friend.

I fell for him the second I saw him but I was too shy to talk to him.

I was surprised when he came up and spoke to me. We then exchanged our numbers and started talking with each other. I met him every day. I even joined the same college that he was studying in.

I was madly in love with him and my life was like a fairy tale. One day he came and proposed to me. That was the happiest moment of my life.

Like all other normal couples, we were happy when we were with each other. One day he threw a party in his house. That was the night when we first made love. I lost my virginity to him. After that day, he wanted to have sex every day. In the beginning, it did not really matter to me.

But over time I started getting the feeling that he loved me physically - not emotionally. When I told him about it he said, “Sex is not just for pleasure. It is a form of love which is used to express our love for the other person.” I was convinced that he too loved me. But I still did not feel okay with having sex with him every day.

I knew that he was a short-tempered guy who had been spoilt rotten by his parents. Several girls loved him because of his facial features and his style. In fact, girls would keep flirting with him all the time and he too would flirt with them.

One day I came to know that he had slept with my best friend. I never thought he would do such a thing. I felt disgusted with him and my friend too. The minute I came to know about it I went to his house and slapped him.

When I slapped him he said, “Why are you creating a big issue over a small thing? You say you love me. A person who loves someone will forgive them. But it looks like you never really loved me. If you had loved me you would have forgiven me. It’s over now. We are over.”

That was the last thing he told me.

After that day he never spoke to me. My life had become a living hell. I stopped eating and was not interested in anything.

I spent all my time crying in my room because I realized how stupid I had been to love him so much.

Days passed in this manner. One day his friend came up to me and told me about his condition. Apparently, Parth was depressed and had tried to commit suicide twice. He had not been able to get over me. He had also started taking drugs.

I realized how deeply he loved me.

I was happy with my personal and professional life now.

I had always known that Parth did not really like me taking over our company. He wanted me to be a housewife. He never told me this directly but I had already sensed it when we discussed such things. Both of us had a company to run now. So we never had time to meet. When I was free he would be busy and vice versa.

I could sense the gap widening between us. I wanted to bridge that gap. So I planned a surprise for him. I took him to Hawaii. Those days were the happiest days of my life.

When I told him I couldn't hand over my company to him after we got married he decided to end everything.

Only after he left did I realize that certain sacrifices had to be made to keep our love alive. I knew he wouldn’t sacrifice anything so I decided to make that sacrifice for our love. I decided to give up my professional life for him.

I tried contacting him because I wanted to tell him about my decision. But he had blocked me. I decided to go to his house and tell him about it. But the day I went to his house, I came to know that he was getting married in a month. I was shattered. I knew he loved me and wondered how he could do this to me.

I did not have the courage to see him get married to someone else.

So I decided to leave the country. I left for London and started taking care of our company from our branch in London.

I came to know that I was pregnant with his child on the day he got married. I did not have the courage to tell him about it on that day.

Now my son is 10 months old. I wonder about the kinds of questions he will ask me when he grows up. Even the thought that he will ask me about his father someday makes me feel weak.

My son doesn't deserve to go through any kind of pain because of me.

I did not want his wife to suffer because of what we had done. So I never told him about my pregnancy at that time. But now I have decided to tell Parth the truth about my son. I am back in India with my son just to tell the truth to Parth. I don’t know how he will react to the news.But I know one thing for sure.

He will hate me for hiding the truth.

Whatever happens, one thing is for sure. I will love him all through my life.

I don’t know whether I am taking the right or wrong decision but I am going to do this for my son.

Relationships should be nurtured with myriad components of love at different times of our lives. Why do we ‘break up’ and ‘block’ people when we have a difference of opinion? Is it so very difficult to understand things from another person’s point of view? Can we opt out of relationships so casually? Why should other innocent people pay the price for our mistakes? Let’s share this story and imbibe a value called ‘commitment’ before we dare to fall in love with someone.