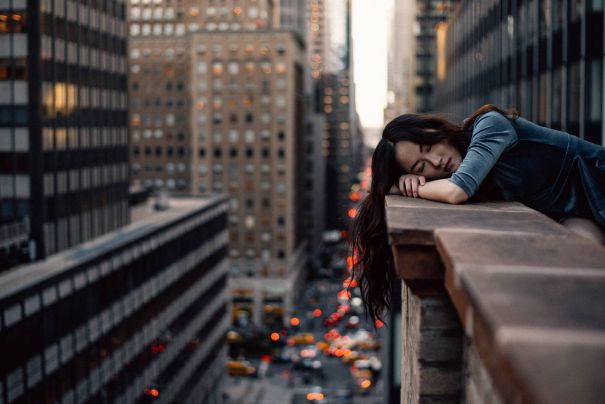 Being the first child of my parents, I always had an added responsibility of being the best and fulfilling all their wishes and desire. I wouldn’t call it a wrong expectation but it can be too much for anybody to handle. Yet, I did my best to make it up to them and be the best for my parents.

I wanted them to feel proud of me. I only wished to see the pride in their eyes when they told their friends and acquaintances about their daughter working in an ABC role in an XYZ MNC.

But how did I forget that we live in India? India is a country where a girl turns 25 and all her achievements are diminished to one single thing – “How quickly does she get married?” The same thing happened in my case too.

When I turned 25, my parents aggressively started looking for a ‘Perfect guy’ so to say, to marry me.

My parents found one and they wanted me to meet him. I wasn’t willing to. They arranged the meeting at the mall and asked me to have a casual meet with the guy. After all, it’s very rare that you like the first guy itself. Thinking it was going to be just a formal casual meet, I agreed.

I already had plans in mind where I decided that I would give him negative indications. And since, I was a bit healthy in weight, I was pretty sure he might not like me on the first go.

I have to admit, I looked like a traditional bahu type. I was praying all along that he rejects me and I get to live my dream. To get a better job than the one I was in and reach the heights I have decided for myself. Professional success topped my list and after completing my engineering and MBA, I felt as if my dreams were getting crushed down.

Anyway, I met him and found him to be a studious guy who was kind of boring. He was too much of himself; only bragging about him being an IITian. The meeting went well and I had clearly mentioned him that I wasn’t looking to get married now.

To my surprise, he went ahead and told my parent ‘Yes.’

I tried to explain to my parents that he wasn’t my type and I didn’t like him much. But they didn’t care much to understand my point of view.

They gave my number to him and he called me up the same day itself. It was really awkward for me, so to avoid the call I told him we can only talk on weekends as that would be the only time I would be free. I didn’t know this was going to create another problem for me.

So we started talking. I wasn’t much interested but I had to talk, for my parents wished. We had sleepless nights fighting over the weekend issue. And my parents were falling in love with him. He spoke to me less and focused more on impressing my parents. If we had fights, he used to say sorry to my mother. He told me once, “You don’t reply well. I don’t get satisfaction from your replies so I talk to them.”

All our fights and disapprovals were never just ours, everyone always knew about them including his parents and mine.

I tried to give him the kind of attention he wanted but he was never satisfied. He craved for more every day, which was something I couldn't give as I was not that lovey-dovey person he was looking for.

I wanted to prove few things to myself but this marriage and guy forced their way into my dreams. I know it sounded selfish and unreasonable, but I only wanted to get married when I knew I was ready, not when my parents felt it right to fulfil their own fantasies.

The fights with him and my parents continued for four months. I went into depression and turned suicidal.

It killed me to see my mother crying because of me every time, every day, and every moment. What could I have done more? I tried to compromise but the guy wanted that it came from within.

It was four months with him and I should have already fallen for him. But it didn’t happen.

How would it? I wasn’t allowed to use slangs while talking to him and it was almost impossible to speak my heart out to him. His happening stories revolved around topping his class. We literally had nothing to talk about over the phone. We used to speak for barely 5 minutes and then hung up.

It was always the same childhood stories and I was tired of listening to it. I had no clue who his friends were, how he spent his weekends, what he liked and what he didn’t.

I wasn't myself anymore. I gave up on my dreams and finally thought to go ahead with the marriage.

One fine day, we had a fight. We both said brutal things. He even said things which one normally shouldn’t, especially right before the marriage. It would scare any bride away.

Things got worse and the relationship was broken just 15 days before the engagement day.

I was shocked at first but eventually accepted it. I moved on thinking it was actually never meant to be. We never had a sweet relationship.

But my parents, especially my mother, are still not over it. She cries day in day out. She even told me once, “You’ve hurt the guy by not fulfilling his needs and expectations, and I'll never be happy in my life because of that.”

Gosh, I feel suffocated. I still feel like killing myself. I don’t want to be the reason for her pain. But she needs to understand that for me living with a guy who didn't have regards for my emotions and always brought up the third person in our matter was impossible.

He made up situations well and made people believe in him. He was really a good manipulator.

Well, as it is said, everyone in your life teaches you a lesson, he taught me how to manipulate.

I will show her how happily married I can be. Hope I am able to prove it to her soon.

Share this story and help her find an eligible bachelor. You never know who might fall for her after reading her story. But on a serious note, marriage is a life-long thing and one should only go for it, only when he or she feels ready.