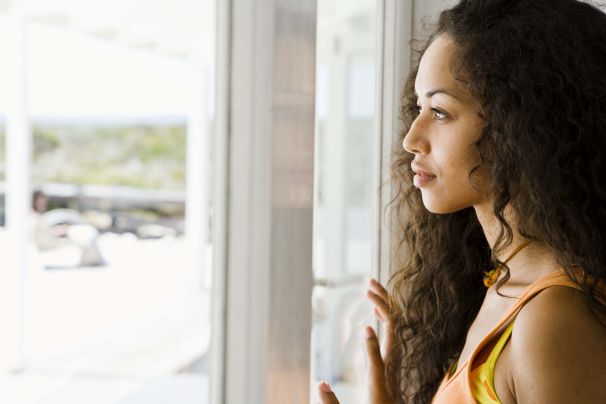 It was the beginning of my graduation days and it felt like I had stepped into something completely new.

It was a completely strange place and people, but I felt good about it. I made friends and was enjoying it.

To tell you about myself, I hail from a traditional middle-class family and I am also fond of studying. I even secured a rank in a prestigious medical college and started pursuing my graduation. That is when I created my Facebook account for the first time and I was always warned by my parents to be aware of my limits and not to interact with boys much. So somewhere that attitude got deep-rooted inside me, as I was brought up this way.

Even though I accepted requests from guys of my class, I was too cautious as to not start any conversation with them.

One day, I got a request from a special guy in my class and when I accepted it, he messaged me thrice before I replied to him. Initially, we only talked about our whereabouts but gradually, I could feel that he was starting to care about me and shared everything with me as if we were close friends.

I knew he was trying to flirt with me and it made me want to run away from him because I hated such kind of behaviour.

Of course, I couldn’t have said it on his face so it went on the same way for days and then suddenly one day, he revealed that he has a girlfriend since 12th standard. For a moment, I felt hurt but that also meant I need not have to worry about him being interested in me anymore. I felt relieved and his flirting continued but I wasn’t bothered because I thought this might be his usual way of chatting with everyone else and so I didn’t feel bad about it. He used to share everything with me regarding his girlfriend and I was happy for them. It went on for two and half years and somewhere, I didn’t like it anymore the way he cared about me and shared things with me.

There were rumours in our class that we were dating so I distanced myself and made no conversation with him for almost a month.

One day, I called him up to apologise. Before we stopped talking, I had behaved rudely with him. He said that he loved me and even broke up with his girlfriend. I was literally in shock and had no words left to say. I felt happy and without even asking for the reason of their break up, I accepted his proposal. That’s when my whole world started to collapse when I came to know that he had had romances with him many times. And he didn’t want to hide that from me. All of sudden, my body felt numb and that wasn’t it.

He only proposed me because they had a small fight and he lost his temper. This crushed me even more.

But he was in a situation where he couldn’t even go back because I had accepted the proposal and when I asked him to go, he clearly said no. His ex-girlfriend used to call me and tell me about the moments they had shared together in the hope that I would leave him then. I was getting crushed between both of them.

She even tried to blackmail me that she would die if I didn’t break up with him.

But I knew she wasn’t that kind and she would do nothing stupid. But his past used to haunt me. Then one day, he told me that he was addicted to romancing and so he started doing it with me. I used to hate it because it was wrong and every time we did, it reminded me of her. But I couldn’t make it stop. Sometimes, I would just lay on the bed like a motionless body and sometimes, I even enjoyed it.

But even then, I couldn’t stop thinking about her and her pain, and so I used to shout at him instead. Slowly, he started to care about my feelings and understood what I was going through.

It took me almost a year to come out of it and now I am happy with him.

He was the only child of his parents that’s why he never learnt his limits and everything was just happening of its own. But he promised me that he would never repeat such mistakes again. The guilt that we were responsible for her grief also started to disappear when we came to know that she moved on in her life.

Once and for all, he had asked me to forgive him for his mistakes and I did. We were deeply and madly in love with each other.

He also topped in our exams and my parents had accepted our relationship. There’s no place for any third person in our lives. I felt that this was destiny and we were meant to be with each other. The only thing I would like to suggest is that never go for something just for instant happiness. It will leave a scar within which might never heal completely.

I believe in destiny too.  Share this story if you too believe that destiny leads.

LIFE IN THE TIMES OF CORONA
LET'S FACE IT
YOUR STORY
BAKKAR. CHAI. SUTTA
The Golden Bird
LIFE IS TOUGH