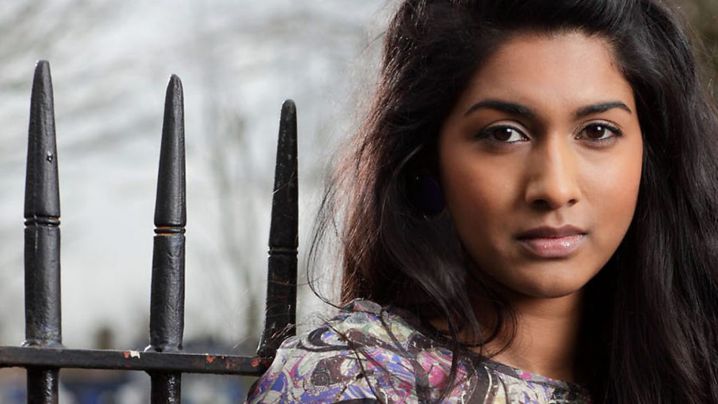 This is a story about a friend who was a colleague of mine. I met her a day before she quit her job. I had joined the firm on that day. I saw everyone congratulating her because she was getting married in a couple of days. I too congratulated her.

I thought she looked happy. She was dark skinned but was pretty and sexy too.

I chose not to talk too much about it. I just focussed on my work though I often overheard others gossiping about her.

I never really took interest in all the stories that I heard because I knew most of them were just blown out of proportion.

In fact, I only vaguely remembered her face now. One fine day while I was working on my desktop, a girl who spoke fluent English offered to help me with my work. I was looking for this kind of help from someone. She asked me if I knew her. I told her that I didn’t know who she was but she seemed familiar.

She burst out laughing and told me that she was the same girl who was on the verge of getting married when I had joined the firm. She then went on to tell me that she had called off her wedding on the day she was supposed to get married.

I didn’t know how to react to this. I could see that she was laughing but I could also sense the pain in her eyes.

I didn’t need to prod her at all. She just told me that she had been forced to agree to marry a man who was twice her age. She then went on to say that she knew her intellect and thinking did not match with the man she had almost married. I was curious now. I asked her why she had agreed to get married to him in the first place.

She said, “All my family members, especially my mother, have always been telling me that no one will marry me because I am not beautiful. Eventually, even I started believing it.

So, I said, “Yes” to the proposal. I wanted to relieve my parents of all their duties and responsibilities. But on the day we were supposed to get married, I could not imagine myself making love to him. That is when I decided to listen to my heart. I knew I had to call it quits. My entire family has disowned me now. No one talks to me and I know I will never ever get married again.”

I was curious again. I asked her why she had no intentions of getting married in the future. She said, "Who will marry me? I have rejected a man on the day we were to get married. I have been socially ex-communicated for this."

We had been talking for almost 30 minutes now. I suggested that she upload her profile on a few matrimonial sites. She laughed loudly at my suggestion. Several days passed. I did not hear from her or meet her. But one day, when I was sitting in the computer room of our firm, I happened to meet her again. We exchanged greetings. The first thing I asked her was whether she had created and uploaded her profile. She said she had done so and she kept getting requests and messages from interested people.

She then said that she had not opened any of the messages because she was sure that no one would marry her.

I asked her to shortlist 3 profiles and call those three people. She said that she did not have any balance on her phone and asked me to call them on her behalf. I offered her my phone but she was reluctant to use it. She said she didn't want to speak with anyone. She then said, "Why don't you do this for me?"

I was younger than her. I was still unmarried but I did not think too much about all this. I just called all the three people and spoke about her and her family at length with all three of them. I did not hide anything from any of the three people.

Both of us were surprised when one of them called her later. He was the most suitable person for her and we had never expected him to call us.

The duo now started chatting with each other quite often. Soon after this, their families decided to meet and within a year they were married.

I met the girl after the wedding and she looked like she was more than happy.

She said, “I had only two options before me during that dark phase of my life. I could either end my life or get into pr**ti**tion. I had never thought of this option because I did not expect anyone to support me.” She then thanked me a lot for what I had done for her. I actually felt good about the whole thing. I felt as if I had achieved something.

I know I had actually done nothing but I’m glad that I offered her a few words of hope and empathy when she needed them the most. My words had changed her life for the better and I’m happy that she found happiness in her life.

We all love to sit on a pedestal and pass those lovely juicy judgements about other people who are stumbling to find their feet in their lives, don’t we? It’s okay if we are not able to understand or relate to the problems that other people are facing. But let’s not be so quick to condemn, criticize and ridicule people for their decisions and mistakes either. Let’s share this young man’s story and applaud him for being so humane and empathetic.