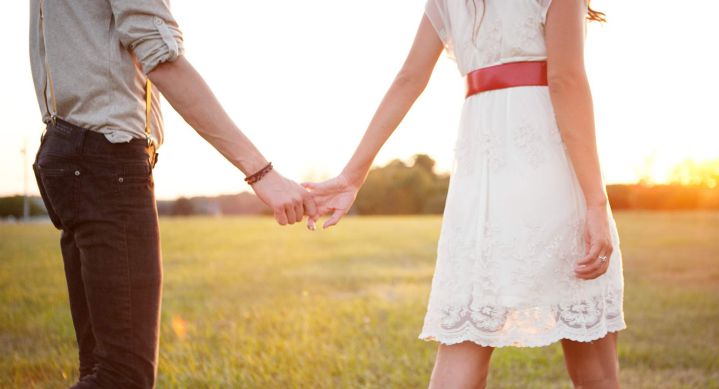 He used to like me from the time we began studying in college. Or at least I like to think so. But he didn’t really say anything to me. One fine day he decided to propose to me. He did this in our college canteen and I said, “YES!”So it started.

But to be honest, it was nothing like a relationship. He was a very different kind of a guy. Commitment was just not his cup of tea but we still managed to stay together for some time, though not for long.

One fine day, he asked me to break up with him. I was shocked because I didn’t really want a break up. But as our relationship was going nowhere, we called it off. After that, we continued as just friends for months until we finished with our college. He then went to Delhi to pursue his higher studies. I thought this would be the end of our friendship too. But somehow we managed to remain in contact. Time passed and one day he called me to his place when he had come down for Diwali.

Well, I was happy about seeing my dearest friend after a long time so I just rushed. I reached there and hugged him tightly. We sat there for some time and talked for a while. I really liked being with him.

All of a sudden he hugged me again. It was alright until he did it again forcefully. It was as if he just wanted to squeeze me in his arms, break my bones or something like that. I couldn’t breathe.

I couldn’t even utter a word because I was way too shocked to do or say anything. So I just stood there like a statue thinking that he would stop. But the next thing he did was to force me into a kiss! Damn!

And it was really happening at that very moment. I hoped that all this was not real. But, yes it was very real. He was all over me. He just wanted my body. It seemed as if he was not in control of himself. He was just not himself.

He was behaving like a pervert who had come to tear my soul out and scratch my body.

Somehow, while all this was happening, I managed to get myself out of that house. I came home and cried for hours. I couldn’t think straight. I was totally depressed. I never wanted to see his face again. I was totally harassed by him.

But after a few days, I called him. It was not easy to leave him like that. So, I decided to give him another chance.

Moreover, I didn’t want him to get away with what he had done to me just so easily. I wanted him to stay in touch with me so that he could realize that it was a crime to force a girl in that way. So yeah, I continued my friendship with him.

You may judge me or think that I am a fool to do such a thing. But I don’t really care about what anyone thinks of me or even what HE thinks of me. All I care about is our friendship. YES, we are still friends and very close ones too. NO, I can never forget what he did to me but I still love him a lot. Its way too complicated, but it is worth it!!

Share this story because love has many beautiful and ugly facets. Love can be intensely painful at times but love makes everything worth our while. Always.