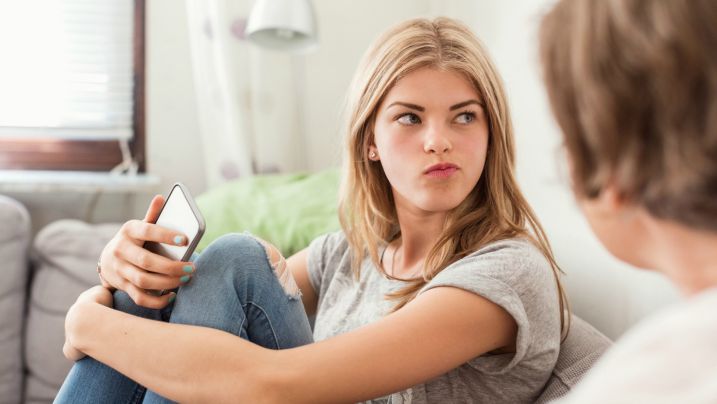 So, I met this guy on Facebook. He was a year senior to me. We had never spoken in school. So we started chatting casually and eventually fell for each other. He proposed to me and I said yes! Things were going smoothly for one year.

Then a guy texted me on WhatsApp. I didn't know who he was and he was asking me to be friends with him. I told about this to my boyfriend. He asked me to tell my dad about it. It was very normal according to me because that guy wasn't threatening me or anything. So I thought it would needlessly worry my dad, and I refused.

Then he started abusing me like anything. He said I just want guys and that I'm a prostitute. I broke up with him and changed my contact number.

Life was again smooth until I saw him in a mall in my city. I was avoiding eye contact but then he came up to me and said he's sorry for whatever happened that time, he even joined his hands and asked me to talk to him.

I forgave him because I was still not over him and somewhere still loved him. I texted him when I was back home. And it started all over again. Then I got admission in my dream university after just 10 days. But he was still struggling in his life.

He told me that if he's not there, then there is no reason for me to get ready or look good. It started to bother me. Not even my parents stopped me from doing or wearing anything, then who the hell is he? I said the same to him and he became aggressive and we were on the verge of breaking up. But then we sorted it out.

Then, after some time, my roommate's boyfriend sent me a friend request on Facebook. I accepted it. When my boyfriend got to know about it, he started abusing me like a roadside a****le and told me every cheap thing a woman can be told in any language. He even abused my family members, my friends, and every person who had any relation with me, and most importantly, he said girls like me should be raped and get acid attacked.

I broke up with him for the last and the final time. I moved on and started to live my life happily again. I was fed up with relationships.

After 8 months, a friend of mine called me to say that a fake account with my name has been made up on Facebook and my pictures are uploaded. There was a photoshopped photo in which I looked naked. I immediately knew that it could be none other than him.

I told my parents about it. Fortunately, I had his mother's number. My parents contacted his parents and told that if he doesn't delete them, they'll file an FIR against him. His parents made sure he deleted it and it vanished.

Since then, I've been wishing for his death. I never wished this for anyone but I seriously hope he dies very soon.

And I want to say one thing to every girl and woman- please don't be with a guy who is abusive in any way. Please! And to every boy and man, please never play with a girl's dignity even if you don't have your own sister or mother to compare notes with.

A woman is not anybody's object that she can be kept in the way others want. She's a human and she has every right to live her life in her way, to dress however she wants, to talk whomever she wants, to do whatever the hell she wants irrespective of whether she is in a relationship or not. The only thing which should matter is that she doesn't break your trust.

A teenage girl had to go through hell because one fragile dude's insecurity? Share this story so we can learn to raise our boys right. There isn't space in jails for all of them.