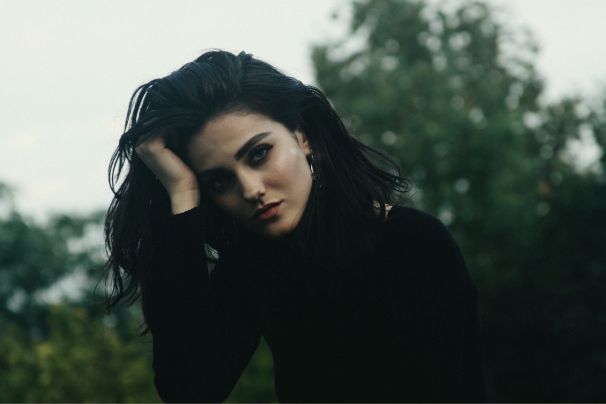 I met him when I landed my first job. I found him to be the quietest and the best person amongst all the boys in my batch. I fell for him. A few days later, when we were having our lunch, he revealed to all of us that he was already committed to a Muslim girl called 'A'. I did not feel sad or depressed when I heard this because I knew I just had a crush on him.

Even if I like a person or have a crush on someone, I rarely approach the person directly. I am scared of rejection and find it embarrassing. That is how I have always been.

I was totally confused. He then revealed the details about his girlfriend to me. He said that he was a Hindu and she was a Muslim. So it wasn't so easy for them to get married. They had already decided to break up mutually because she was going to get married in a few months. I too told him about my ex-boyfriend. I told him that my ex-boyfriend had slept with another girl while he was in a relationship with me.

I also told him that I had decided to sacrifice my love for that innocent girl and had moved on with my life.

I wanted to share all these things with my current boyfriend before we started on our journey of love. In a few months, we got into a relationship. His girlfriend, A, too had left him because she was engaged to someone else now. Apparently, she had fallen in love with him after meeting him. Since he too was a Muslim, they both got married after a few months. So, his previous girlfriend was now out of the picture.

I apologized to my boyfriend because I had doubted him.

We spent a few months together and like all relationships we too had our share of ups and downs. I abused him when I got angry and apologized for being rude to him when I realized my mistake.

I am not at all egoistic. I knew I was his most loyal girlfriend.

I helped him out during his hard times as well. I had loaned him a huge amount of money too. Things were smooth sailing for us. Last week, the person from whom I had borrowed money, started harassing me and asked me to return the money to him. He contacted my sister and told her everything. My sister knew that I had given it to my boyfriend. So I gave him a deadline of 10 days. I asked him to return the money within that time.

We had a huge fight because of this. I met him yesterday. We fought and I was about to break up. But he assured me and said that he won’t leave me. We compromised and things were normal again. While I was about to leave him and return home, he received a call. He immediately took his phone and went further ahead to talk over the phone.

That is when I became suspicious. I asked him whom he was speaking with. He told me it was his sister. I asked him to give me his phone. But he refused to give it to me. I then asked him for her number. He refused to do so. I snatched his phone and before he could do anything, I drove away from him.

I called the number and found out that it was the same girl, L. She confessed that she was still in a relationship with him.

I told her that I wondered how they both had managed to be in a relationship for 4 years because he had broken up with his previous girlfriend, A,  just a year ago. She too was shocked to hear this from me. She said that she had assumed that A was just a friend of my boyfriend. I told her about their love story.

L and I spent one of our worst nights yesterday. My boyfriend is still not agreeing to the truth.

After a few minutes, I opened his Facebook account. I saw all his conversations with L. He had often told her that he loved her a lot. I approached him with this. He told me that he had sent such messages to her as a friend. But I know that they were not friendly messages. I told him that I did not want to get married to him.

He was annoyed with me because I was changing my decision every 5 minutes. So, finally, I made up my mind and was very clear now that I did not want to continue my relationship with him. I have given him 5 days time to return my money and move out of my life.

He had told me that he would come home today and tell my dad that he wanted to get married to me. I had agreed to this without a second thought last week. He is saying that he will return the money and still says that he will talk to my parents about getting married to me. I don’t know what to do. Please do help me with your suggestions so that I can take a good decision.

Maybe we all realize how much a relationship really means to us only when we are on the verge of losing out on it forever. A little time spent apart should suffice to give this beautiful young couple the much-needed clarity. Let us hope that by the time we share this story they have resolved their problems. Maybe they have even moved on with renewed faith in their relationship.