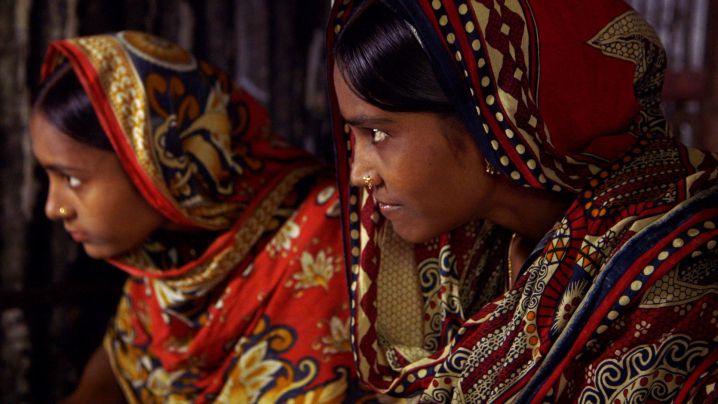 Real queens fix each other’s crowns. This phrase is so apt for this story. The protagonist of my story is Nanditha. She told me about a person that she had met while she was travelling by train.

It changed my perspective on feminism and woman's rights completely.

Nanditha was employed in a construction company. She was heading to her hometown for her holidays. She was extremely happy because she had surpassed the achievements of her male adversaries.

She had won the ‘best performer of the year' award. She was the only woman in her company and was known for her astute nature. It had always been her dream to prove herself in a male-dominated profession.

A lady who clearly belonged to the rural countryside sat opposite her. Her sari, her veil and her sindoor clearly indicated that she was a conventional married woman. The lady glanced at Nanditha who was clad in denim pants and a stylish top. She kept admiring her accessories and the makeup that complemented her clothes. Nanditha noticed this and felt proud of her own appearance. She took the initiative and started a conversation. Nanditha introduced herself as a self-made, 25-year-old woman who was working as a ‘chief engineer' in a construction company. The village belle was initially hesitant to talk to her but after a while, she started talking with Nanditha.

She introduced herself as Komal and said that she was born and brought up in a traditional village. She was surprised when she heard about Nandita’s independent life.

Komal then told her about the underprivileged life that she leads in her village. She said that she had not been allowed to pursue her schooling after 10th grade. She had been married at the age of 16 like most other virgins in her village.

There was not a single veteran in her village who had the guts to lodge a complaint against a minor getting married.

Almost all the villagers accepted the idea of a girl discontinuing her studies to get married. Nandita was familiar with stories of minor girls getting married, but she did not expect that the entire village would favour such things. Komal had more disheartening news for Nanditha.

Komal’s village and a few other villages in the vicinity were well known for female infanticide, dowry-related problems, marital rapes and even polygamy. But the inhabitants of the village, including the women, considered such issues ‘perfectly normal.'

Nanditha took a deep breath. She could not believe that such things were still happening in 2017. This village woman then revealed some statistical data about the living conditions of the women of her village. She even knew the statistics of such problems in the nation as a whole.

Nanditha had underestimated the knowledge of Komal. She realized that there was more to this young woman than met the eye.

Komal then told her about her achievements in school. She said that she was the best student in her district. She said that the people in her locality knew her as the most intelligent girl in her town. She also said that probably she was the only one in her village who spoke correct English. So when she was married and stopped from continuing her education, a few people suggested that she teach poor children.

But her extended family was not happy about letting their daughter-in-law venture outside the domain of the kitchen and become something more than a housewife.

Fortunately, her husband's 13-year-old sister was also stopped from going to school because of financial instability. Komal offered to teach her sister-in-law Science, Math and English.

Her parents-in-law were happy with the offer because their daughter now got a chance of studying at home free of cost. A few more girls from her neighbourhood joined her private tuition classes. That was how Komal’s little school started.

Nanditha had been listening to Komal’s story quietly. She asked her if it was really possible for her to care about the education of other women when she herself was not allowed to study.

Komal simply said that she did not want the other younger women to suffer the same challenges that she had experienced. She wanted them to enjoy their freedom, make use of their education and eat good food just like all the men did.

She also added that she would not let her sister-in-law and other students get married before they finished their 12th grade. She wanted them to pursue their higher studies and create their own destiny. She said that only then they would be able to take up the responsibility of empowering many other women who were not as privileged as they were. That was the end of Komal’s story. Komal’s story totally changed the idea that Nanditha and I had always had about feminism.

For us, feminism meant that we had to fight against men. We wanted to prove that we were not less than them in any way. But for Komal, it was supporting other women so that they could create the kind of life that they had always wanted for themselves. She was hoping they would be able to do this for themselves though she herself was unable to lead a life of her choice!

Some people are content in bringing about a change in their own little world. They create their own magic by singing their own soulful song. They do clip their dreams – but they also believe that their quiet, stoic determination can change their world one human being at a time – and that is enough for them. Do share this story to celebrate and salute the grit and determination of such classic Indian women.

"Be a diamond, rare and pure...not a stone, just found everywhere". This quote never lets me get settled with a mediocre life. I am a passionate writer who motivates herself to work hard, evolve and achieve.