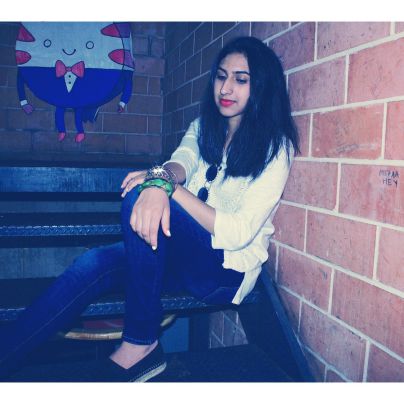 I met this guy a year ago on Facebook. He was a complete stranger to me at that time. We started texting each other and within no time we became the best of friends.

He was such a trustworthy guy that any girl would have found it easy to share her personal problems with him. I too trusted him a lot. I never had to worry about being judged by him. Soon, we became very close to each other. We talked about anything and everything.

I have been through several terrible experiences in the past. And he wanted me to share them all with him.

I was happy because he really wanted to know me as a person. He managed to bring out the real ‘me’. So far I had managed to hide all my pain behind a smiling face.

But slowly over time, I started sharing each and every bitter experience of mine with him. I knew he had always liked me but now I sensed that he had started developing feelings of love for me. So, one day, he confessed his feelings to me and told me that he had fallen in love with my character.

At first, I thought he was just kidding. But he managed to convince me about how deeply he felt for me. I had truly not expected him to fall in love with me.

I was finding it difficult to believe in his ‘love’ – more so because I hadn’t yet recovered completely from my traumatic past.

But he never forced me to accept his proposal. He knew I needed time to accept his love. I also knew that I often behaved like a psychopath. I had this tendency of getting irritated easily over petty issues. I would have mood swings every other minute. I knew he was the I-wish-he-was-my-boyfriend kind of a person.

I also knew he could handle my psychopathic behaviour and mood swings with patience. I would often behave very rudely with him but he would always be kind to me.We now knew each other so well that we could accept each other the way we were.

We then decided to meet each other one day. We spent some time together and went out for a short ride in the late evening. It was dark and the roads were empty. I couldn’t control myself any longer. I kissed him. He had kissed a girl for the first time that day. He felt he was the happiest person alive at that time.

He was ecstatic because he had shared his first kiss with a girl whom he loved more than anyone else.

But he now thought that I had accepted his unspoken proposal with that kiss. He still did not know much about my psychopathic behaviour. We still texted each other quite often but I had now started behaving in an extremely rude manner with him. But he continued to be extremely nice to me.

He wasn’t pissed off by my I-don’t-care-what-you-think kind of replies.

One fine day, I just rejected his proposal with a big smile on my face. He too accepted it with a smile on his face.

I was impressed by his attitude. After all that I had done to him, he was still nice and kind to me.

In fact, he even tried to convince me that it had never been my fault. He said he deserved this pain. I just couldn’t handle his kindness. So, a few days later, I stopped talking to him and blocked him from everywhere.

That is when I realized what I had actually done to our relationship.

The phrase “You are never aware of the worth of what you have until you lose it” made complete sense to me now. A few months later, I couldn’t stop myself from texting him. We started conversing with each other again. He still didn’t realize that I was the same arrogant b***h. I knew I hadn’t changed even a bit after all that I had done to him. But strangely enough, he too hadn’t changed.

He was still the same nice guy who tolerated me with élan. I realized how mean I had actually been to him. I knew I was still being very mean to him but the arrogant b***h that I was – I refused to accept my own flaws.

All I can do now is to love him for the rest of my life with the hope that he will be mine someday. And I want to tell him only this now.

But I also know that you will forgive me instantly because that’s how you are.

All I want to tell you now is, “I’m sorry. I know I have lost you. But you know what honey? I love you forever!”

From an arrogant b***h who has just realized your true worth.

I've been through a lot in the past. But he was the best thing that ever happened to me. Unfortunately, I lost him. He deserves the best things in his life. This is the message that I want to pass on to all the readers.

Value the people who are patient and kind to you. Not all people will tolerate your rudeness. Everything has a limit. And patience too has its own limits.

Do share this mature woman’s story if you too believe that it takes a lot of courage to accept our flaws. Most of us still struggle a lot to come up with a simple, humble meaningful apology. Only when we apologize will be able to evolve into better human beings. And only then can we forge stronger and deeper bonds with others. Relationships are our most precious assets – so let’s learn to value them instead of taking people for granted.