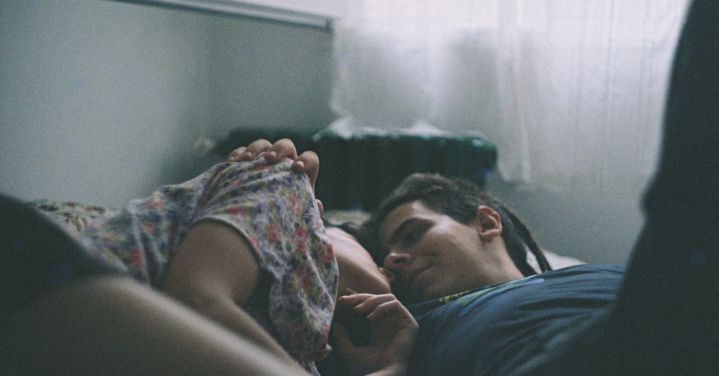 I consider myself an unlucky girl as I have never been loved the way they show in novels, real yet magical, not even a tiny part of it.

Am I asking for too much? I have been trying to find an answer to that question since years. I have always landed myself in a failed relationship which now makes me feel that love is a myth.

People call girls names for being in a lot of relationships, but little do they know that she has been used for fame by some, was a material of lust for some, and a time pass for others.

The worst thing about heartbroken people is they fall in traps easily. Anyone who would be kind to them and make them feel loved, would be an angel for them, and this is where they fall into deep deadly dungeons.

Being a girl, I am judged even by my own friends. All they can see is how I have dated three guys, and been in a physical relationship with two of them.

My tears are taken for granted now. Every pain of mine has to hear “Pehle bhi toh hua tha” from my closest friends. Yes it has happened before and, yes I have given all of me in those serious relationships which didn’t work out. Some people who really can assure me that I will find my someone, but where does that someone reside? Who will not break me? Will he love me after what happened to me? Is he going to be my knight in shining armour? Will he make me feel loved and never leave?

The question is “Is he even there”? Does he even exist? For people who judge me and many girls before knowing us, do you even know what we go through? We aren’t asking you to cry with us but at least don’t question our character because you have no clue what goes on inside our hearts.

Your best friend is the one you trust in your life. What would be your take when you find her secretly dating your boyfriend? No, I am not blaming her alone. I am blaming them both. How would you react when your boyfriend promises you the stars, takes you to bed, and the next day breaks up saying he isn’t ready for it?

On top of that, he goes around telling people what a useless bi*** you were and showing your private pictures to the whole city? Yes, I have been through all of this and I don’t feel ashamed of it.

I know how much I gave into both these relationships and it takes great strength to move on in life after such horrible experiences. And I thought I was lucky to be able to move on.

Again I had a guy who I thought, will be the saviour in my life. Who would take me to some world of his, who would love me more than everyone else. I would be lying if I say I didn’t love him more than anybody else. He was too fast to come and luckily too fast to leave. I was physically and emotionally very attached to him. But he was still dating his so-called ex at the same time he was dating me.

It broke my world. I had a whirlpool of emotions inside me. Although it was just a 20 day long relationship, I had grown very close to him which takes years for people to feel.

Then I realised that only I can keep myself happy. Now, my work and my career matter the most to me. He still keeps calling and messaging and promising that he loves me, and somewhere I feel myself believing his words but I have a voice inside me saying, I deserve better. I don’t deserve to be treated as an option by anyone.

I want the world to know that the number of boyfriends I’ve had is not a parameter to judge me. All I have ever wanted is love, and what I got in return is deceit, along with heavy judgement.

We judge people based on stories that we don’t know a word of. Share this story to support girls facing the judgmental glares of people.