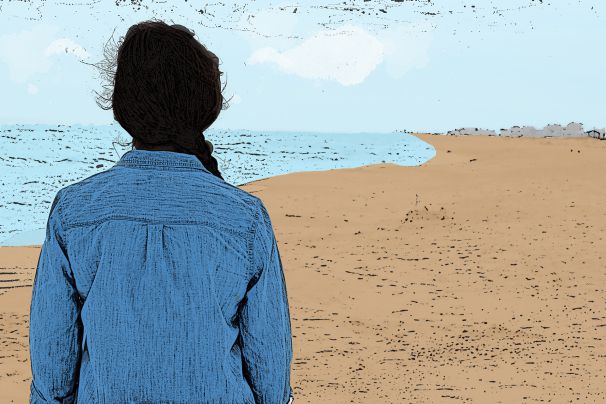 I am simple, normal, working girl who was treated like a princess my parents.

At the age of 27, my parents found a life partner for me. We got engaged after both the sides consented. There was a 4-month gap between the engagement and the wedding. During this time, my fiancé used to meet me and we used to go out regularly. All the while, I had no clue that I was being fooled by him, and that I was oblivious all his true colours.

As the time passed, our wedding date was nearing. I was overjoyed with bundles of dreams, expecting eternal happiness with my life partner. But to my shock, the very next day of the wedding, my mother-in-law started talking to me rudely and began to ask me about dowry, my current salary as well as the amount I have earned before. She also started blaming my parents for no reason. I never knew such greedy people existed on earth.

Eventually, because of the change in food pattern, I fell sick. Fever, nausea, and headache lasted for 8 to 10 days, during which I felt physically weak. None of my in-laws' family members bothered to take me to the hospital or get me some medicine.

My mother-in-law, especially, was least bothered about my health issues and each and every word of hers came at me like darts.

I could not stop my tears. Days passed, and everything she said hurt my self-respect extremely. Initially, she used to scold me when no one was at home. But slowly, she began abusing me in front of the whole family. I was half shattered from the inside when my husband supported his mother. How can a person support the wrong side? What would justice, truth, honesty, and loyalty mean to such people?

I questioned myself the same a number of times but could not get any answer till the date. Meanwhile, I was forced to do all the household work which I had never done before in my life since I belong to a well-off family where servants took care of everything.

As our wedding leaves came to an end, we got ready to go to the city where we both worked. I was hoping that things may get better since we used to stay in the city. I was under the assumption that my husband would at least start understanding me slowly. But unfortunately, nothing of such sort happened.

In fact, my life worsened by the day as my mother-in-law kept controlling everything. Eventually, my husband began to harass me and slowly, my spirit was completely shattered.

I will never forget the day when my husband ordered me to sit on the floor while he sat on the chair.

This was just one of many such humiliating incidents. During all this time, he hid one thing from me that he had erectile dysfunction due to which he could not involve in sexual activity. So we never had intercourse since the beginning of our marriage.

One Friday, he took me to his hometown saying he was missing his parents and want to meet them. It was an overnight journey from the city. As soon as we reach there, my mother-in-law welcomed me with her sharp taunts and started scolding me and my family.

On the second day of our stay there, she knocked the washroom door while I was in there, demanding to see my private parts.

When I refused, she slapped me hard. That moment was shocking and unbearable for me. I started crying loudly and all the surrounded and were watching. My mother-in-law then took me to the bedroom and started physically abusing me and threatened to kill me. My father-in-law supported her, to my surprise.

They locked me inside a room for 3 days without even providing me food. I survived with the water inside the room. I begged them to take me to the city, but no one listened to me. When I woke up in the early hours of Tuesday, I noticed that my room was unlocked. Considering this as the only chance to escape, I took money from my purse and noticed that my husband, in-laws were still sleeping.

So I started running to an auto stand, barefooted. To my luck, I found an auto rickshaw. I got in and requested the auto bhaiyya to lend his mobile to make a call to my parents.

I felt as if God came to my rescue in the form of this auto driver.

My parents were shocked as they didn’t expect any of this. The only thing they could do is wait for my arrival. From town, I caught a bus to the city where my parents lived. I reached home after around 9 hours of tiresome journey. But I was admitted to the hospital as I became unconscious due to lack of food.

Later, we filed a complaint against my in-laws and a few of our community heads held counselling in hope that my life may get better, but my in-laws never turned up in fear of revealing their true colours in the society.

I thought I would find some solace at my house but my brother’s wives turned against me and my parents as they supported me. Unfortunately, my brothers also supported them and I was forced to leave my house along with my parents.

Currently, I and my parents are staying together, striving each moment, to lead a peaceful life, away from the trauma caused by my own brothers, their wives, and my in-laws.

I went into a spiral of depression and tried to commit suicide but my parents saved me and admitted me to hospital. My brothers did not even take out time to visit me.

Now, I live with a hope that we’d be at peace some day and that my brothers would come to us, realizing their mistake.

One fateful decision of marrying a wrong person turned my life upside down. The society taunts me for being a virgin divorcee. But in fact, I am happy that I did not lose my virginity to such a cruel person.

If you hated this story as much as we believe you did, share it.