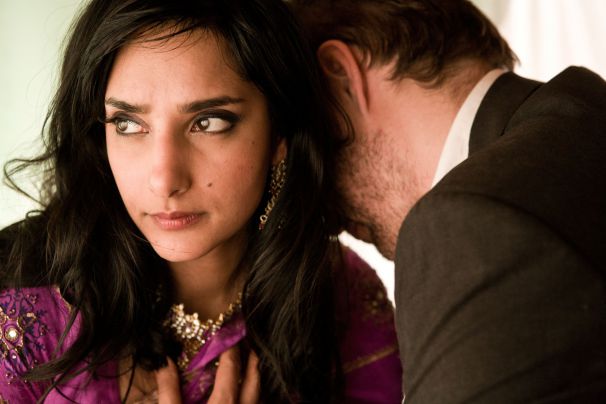 I was born in a middle-class family where both my mom and dad were employed under the state and central government respectively.

As a student, I was good at academics as well as extra-curricular. Being active in all kinds of competitions, I was quite famous amongst most of the people in my city. People recognised me because of my achievements.

Even after having friends who had boyfriends, I was single till my 12th. Unfortunately, I had a backlog in class 12th which gave people the chance to criticize me.

But I think, it was my destiny, I failed in an exam and that’s how I met the love of my life. We met at my coaching classes which I had to join because I failed a subject. We became the best of friends.

We were never typical lovers. Our talks revolved around being successful entrepreneurs after spending some years as employees. We never thought our separation would make us feel alone.

It started when my family thought of getting me married after my master’s degree. It is quite difficult to get a man for good looking, working girls after a certain age.

Even though we never expressed our feelings for each other, I started feeling strange about the idea of being with someone else. What if my husband doesn't let me meet him after marriage? How will I stay without talking to him?

He felt the same when I spoke to him about my marriage. That’s when we realized we loved each other and wanted to get married.

Since my family knew him already, they were happy to get us married. However, his parents were not ready to accept me as their daughter-in-law. We weren’t as well-off as them. I waited for almost a year for him to come back but he did not. Without having an option, I had to get engaged to another guy of my parent's choice.

It was after my engagement, I received a call from my love's mother that he tried to commit suicide and that now they are okay with me being their daughter-in-law. She almost begged me to save her son by getting married to him.

Since I also had no interest in the guy my parents chose, I was happy and confused. Finally, I made a decision to talk to my parents about it. Thankfully, they understood my situation and helped me in building a new life with my love. I know all mothers-in-law are possessive but I was shocked to know that, my in-laws had taken a promise from my husband even before marriage that, in future, if the situation arises, he has to choose his parents above me.

The most shocking part was that he was okay with that and promised them the same. He has now become a successful entrepreneur. But, I have not even lived one day of my kind of life. If I go to see my parents, my mother-in-law has a problem but every week my sisters-in-law come and stay with us.

As a working woman, I can't come late from office. It's a crime and I will get my punishment for that. I can't go out with my husband anywhere. I should wear the dress which is selected by them and I am living like a puppet. If this is what I have got in return for saving his life by marrying him, then I would've rather let him die.

I left everything for him. But he is ready to leave me. Now, after waiting for him to understand me for 1.5 years, have made my mind to live on my own. Just waiting for the right time to escape from this hell. I have been brought up like a son and I never want to make my parents realise that they have 2 daughters. My dad always has trusted my ability. I can be independent and I will be. But.. One last thing to ask the rest of the mothers-in-law of the world- Why the hell do you get your sons married if you still want them to be your beloved puppet?

Share this story because marriage is not about politics or territories, and no marriage should survive if there's a lack of basic respect.