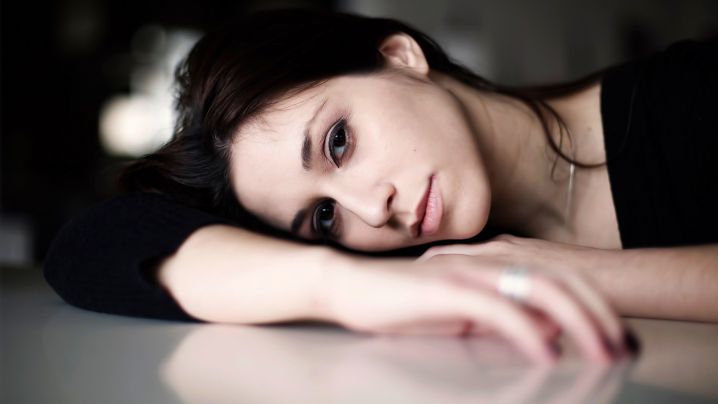 Through this story, I’m sending love to all those who are trying to heal from things they cannot discuss.

Our relationship was not a fairy tale. We fell in love on Facebook. Yes, you can find love on social websites too. And I found mine on a random day.

He (Parry Sahota) messaged me on Facebook complimenting me on my profile picture. He wrote, “Your smile is like sunshine; you are gorgeous.” I don’t know why, but I replied and called him a stalker. That is how we started chatting.

He was my stalker but I began enjoying our chats.

Soon, we exchanged numbers and built our own little world of happiness.

Parry was not a handsome guy but there was something special about him. He was six years younger than me and was still in college when we started talking. I kept asking him to meet me but he was too shy. He had an inferiority complex because he thought that he was not handsome. However, I was eager to meet him.

One fine evening, he called me and said that he was coming to meet me. As soon as we met, he came and hugged me tightly. He was tall, slightly dark, wore specs and had a great body. Our meeting was great! His talks and his laugh made my evening.

We started meeting regularly. He completed his college and started working. We'd meet after office and he would always bring me something to eat. He did not miss a chance to pamper me.

He pampered me with everything that a girl could desire.

I was showered with love, care and so much more. It was not romantic love but a genuine attachment. At that time, I had a boyfriend and had told Parry about him. Parry understood my feelings but he wanted me to move on because my boyfriend was not willing to commit to me.

Gradually, Parry started falling for me. His love was pure and he loved me with all his heart. His splendour dazed my mind. But the problem was in me.

I was too busy in my own dream world; I wanted to talk to boys, wanted to make more friends, wanted to have a boyfriend and so on.

Parry had eyes only for me and he wanted me to choose him. And I was too dumb to understand it.

On my birthdays, he would surprise me with many gifts from jewellery, flowers, and chocolates to personalized mugs and much more. For Diwali, he sent a box of sweets to my house under a random name. I shouted at him for sending it, as it could’ve landed me in trouble.

During Valentine’s week, he gave me a gift according to each day. On Teddy Day, he bought me a huge teddy. Again, I shouted at him for buying a gift that I couldn’t take home. But he threatened to burn it if I didn’t take it. Somehow, I convinced my brother to lie that his girlfriend had gifted it to him and get the teddy home. Finally, Parry was happy that his teddy was with me.

On Valentine’s Day, he kept requesting me to meet him. I agreed after several calls. He surprised me with a heart shaped cake and heart-shaped muffins. I did not appreciate his efforts much and cut the cake formally. Then I asked him to take it home for his roommates. I could see that he felt bad.

I always shouted at him whenever he did something special and out of the box for me.

I’d get irritated with his efforts, gifts, and lovey-dovey talks. I never saw or understood how much he loved me. There were so many occasions when he surprised me with amazing gifts and unconditional love but I didn't care about any of it.

He tried to make me fall for him, but I was too engrossed in my own world to care about his feelings.

His love was so genuine that he never forced me or used me in any way. The only thing he always wanted was a big hug. And I was a jerk who kept denying his only wish.

Apart from my stupid ignorance towards his love, the connection we shared was the most wonderful one. I had never met a person like him. He was a wonderful person. He had the most truthful and innocent expressions. I cried with him, laughed with him, talked dirty with him and had the most beautiful moments with him.

He would praise my ugly face, my body and me and make me feel like the queen of this world.

I shared my life with him; I talked to him about my friends, my family, my ex-boyfriend, my office, colleagues and everyone connected to me. He also shared everything about his life with me. We had an amazing bond with extreme transparency and openness; a bond you cannot find in today’s times.

He was a one-woman man. And the lucky woman was me though I never realized it!

1st January 2015 - it was my birthday and he was yearning to meet me. Finally, we met with a friend of mine. He teasingly complained to my friend that I was ignoring him because I had someone else in my life. He confessed to her that he loved me a lot. I ignored his conservation.

Then he brought a cake and snacks for us and we celebrated my birthday. We finished cutting the cake and were having a casual conversation when he asked me if there was anything new in my life. I told him that I’d got two tattoos made. When I showed him the tattoos, the colour of his face changed.

I had sent the photos of my tattoo to a friend and he loved them so much that he put them as a cover picture on his Facebook profile. I had liked the cover photo and Parry saw my like. He hated me for sharing such intimate photos with another guy. He doubted that I was in a relationship with that guy.

His disappointment showed and he said a few harsh words to me.

After that incident, his behaviour changed. I knew that his love was not the same. And I deserved the hatred. We started having frequent fights where we’d end up abusing each other. He was right in his place; I deserved his abuse and his ignorance.

Ultimately, our conversations ended, meetings stopped and the love got lost. We had no contact for months. I tried, he tried, but we did not connect.

We grew apart because of my ignorance.

One day, he called and asked if I’d marry him (Yes, he proposed me for marriage). His mother had brought him a proposal and she wanted him to say yes. But he wanted to give us another chance. To my bad luck, I did not accept his proposal. I told him to go ahead with his mom’s choice. He asked me to think about it, he was willing to convince his mother for me. But I didn't say yes. Yet again, I didn’t value his love.

That was the last time we spoke to each other. Post that, he blocked me from everywhere. Soon, I started missing his presence. I began realizing what I had lost.

I knew that I would be remorseful for the rest of my life.

It was 7th July 2016 when I saw him for the last time. I was driving and I saw him crossing the road. I called his name. He turned towards me but he refused to recognize me. His words were “Do I know you?” That killed me inside.

I kept watching as he walked away from me. I tried calling him many times. Then one evening, a lady answered the call and said, “Tumhe sharam nahi aati mere husband ko call karke pareshan kar rahi ho!?” (Aren’t you ashamed of calling my husband and bothering him!?) It hit me like a like a ton of bricks. He was married now!

He blocked my number and though I tried calling him from different numbers, he would cut the call on hearing my voice. I was left with no way of contacting him. The only option I had was to mail him. I mail him every month. But I don’t know if he reads my emails either. I miss him terribly and I know that I won’t find another person like him.

But for me, he was, he is and will be my life. I ignored his love when he wanted to be with me. And now, here I am, craving to just hear his voice.

Parry (my pumpkin), I know that you’re married but you’re Bebo really loves you a lot. It’s only been only a few years since I have known you, but you mean more to me than anyone else. I’m not asking for much; I just want to relive those precious moments with you. My life is empty without you, Parry.

I had all the happiness with you and I did not value it.

I was so unfair and rude to you and I am being punished for it every day. You are a gem of a person and your wife is lucky to have you in her life. I do not want to spoil your married life; I just want to talk to you, like the old times.

I just want a pure relation like you always desired.

I still wait for your call or message every day. I want you back in my life. I hope and wish to make this dream into a reality. I’ve understood the importance of keeping your loved ones close and telling them how you feel.

Who knows what tomorrow has in store for you? Or worse still, for them?

I am facing my worst from the day we have been apart. And I deserve it, but I had to tell you what my heart feels for you. Though I know it’s too late. I miss you and love you very much.

We're often ignorant about the feelings of the people who are closest to us. We take them for granted and before we know it, they have gone away from us. Let's share this story because it is important to value people and make them feel loved before it is too late.