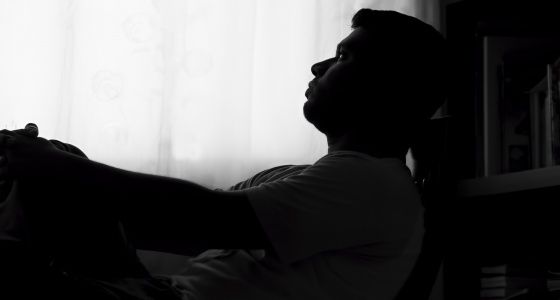 It was a very cold night and I was having a night walk after my dinner with my roommate. I was feeling as if someone was going to enter into my life. I was thinking that might be a sign for my marriage.

I was leaving for my hometown the very next day. I reached my hometown and on the same day, I got a match for marriage and I started relating that to my feelings from the other day when I got it. I really started thinking that someone special was going to enter my life.

The groom's parents wanted to meet me, so they visited our house and liked me very much. I liked the guy as well. Soon, both the families decided to fix the engagement date and fixed it for after 10 days from the day they visited our home. All of us were very happy and excited.

Meanwhile, the guy and I used to meet up to understand each other. We used to have trivial fights as well but I ignored all his idiotic talks thinking that he was very innocent. But those dialogues were saved in my subconscious mind and always used to force me to rethink.

Finally, it was the day of engagement. It was grandly celebrated. Still, there was something which was so suspicious that my gut was asking me to take a step back.

And later, I don’t know what happened to me but my inner-self asked me to stop and rethink. I was not having any exact proof of my thoughts to show that there was something going wrong but still I managed to ask questions to the guy.

I said that something was not going well, I didn't know what, but I didn't wish to go any further. He was so shocked, he froze and it was obvious that he was furious too.

He started shouting, fighting, making abusive comments and still, my inner voice was not ready to accept him anymore. I took a stand for myself and said that I don’t want to continue, no matter whatever happens. Later he told this to his parents, and his parents fought with my parents. And they made up a propaganda saying that I was very bad, disrespectful and adamant, so they want to disconnect this match.

The best part was that my parents and relatives took a strong stand for me. And I came out of a very badly destined life. The following things made my inner voice scream out loud.

Firstly, he used to record all our conversations. Then, he always used talk only about sex, and nothing else at all. And guess what? He wanted to record our first night. On the second day we met, he forcefully kissed me without my consent and I was not at all comfortable with that.

On top of all of that, their dowry demands were sky-rocketing. They had no property and plenty of loans, and they only revealed this after the engagement. The other thing that continued to happen after our engagement was how he was constantly sexting other girls. And he was so adamant that we should get married within one month of meeting each other.

I am so glad that I listened to my intuition. I finally realized that it is foolish to jump into any marriage proposal before verifying every single thing. Nobody should end up marrying someone just because they didn't find a reason to reject him. Trust your gut.

Share this story because the arranged marriage system cannot turn into a sex licencing racket for troubled young men. We need to come clean about our hidden agendas behind these "traditions".