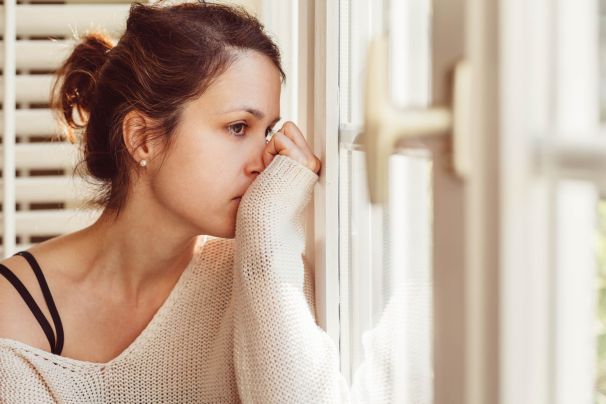 I trusted blindly. I got attached easily. I expected a lot. I loved unconditionally.

The guy who apparently claimed that he loved me couldn’t make it to my future. So he decided to take revenge on me. He sent our pictures and chats to my fiancé’s father.

No one was ready to trust me at all after that. I realized that I could not change the thought process of other people.

Arranged marriages have a predefined format in our society. They had proof in hand. They had decent and indecent pictures of me. So they called off the engagement.

My ex-boyfriend not only broke the trust that I had in him but also embarrassed and humiliated me in front of so many families. Not all people end up paying such a heavy price for loving or trusting someone so dearly.

But when feelings of anger and revenge linger in someone’s heart – every other feeling loses out.

Karma is a bitch. What goes around comes around. Everything is cyclical. It is only when we decide to deal with certain matters in our own way that God becomes vindictive.

I thought such things happened just in television shows. I was wrong about this. When someone takes revenge – several people end up paying a heavy price for it. I was blackmailed and threatened when I got engaged. He said that he will break my marriage. And he made it happen within a few weeks of the Roka.

I managed to sleep peacefully on the day my engagement was called off because I was no longer living in fear or with guilt in my heart.

But thereafter every night, I would lie down with my eyes closed and give in to my imagination. I would create hypothetical situations in my mind and have dreamy conversations with my ex-fiancé. He had been leading a happy life until this happened. Unfortunately, he ended up suffering the most for no real fault of his.

He thought that his wife would be a clean slate. But then my ex proved to him that I had already been scribbled upon and then had been cleaned up for him.

But I was wrong in my thinking. He had wanted to start a new book altogether – not just a chapter.

I had not broken his trust in any manner. I had not cheated on him or double dated anyone else after getting engaged with him. But I had failed to do one thing.

I couldn't tell him about my past.

I knew that I had not been able to connect so deeply with anyone else in the past.

I am still going through a lot of heartache and am very anxious about my future. Often I get the urge to kill myself. I am plagued by a sense of incompleteness because I get the feeling that I have lost everyone who could have been a part of my future family.

But I can only blame myself for all that I am going through.

Difficult times teach you a lot of lessons in life.

We get to know who our true well-wishers are. They are the only people who stand by us no matter what. We don’t know how to thank God enough for the supportive family, friends and siblings that we have. We then realize that all the pain is actually worth our while.

Life is unfair and the world can be mean. We don’t always get what we want.

He may not seem like my Prince Charming. But he will be my knight in shining armour.

I know I have to wait patiently for that day because one such man has been created for me and exists somewhere on this planet. Our paths just need to intersect and they will at the right time.

Despite experiencing all this – I continue to respect both the guys. They may not be a part of my life anymore. But the first one added beautiful memories to my life in a year and the other in just a month. The future will definitely reveal if going away from me was a stroke of fortune or misfortune for them.

Maybe not getting what I actually wanted will eventually turn out to be a stroke of luck for me!

It can be oh so liberating to forgive others and ourselves for the bitter experiences that we experience. But forgiving others is no cakewalk. Faith helps us come to terms with the pain. Faith helps us heal. Faith helps us regain our confidence. And then one fine day we realize that whatever happens – happens for the best. Always. Let’s share this story because like this young girl, we all need to have more faith in ourselves and in a higher force.