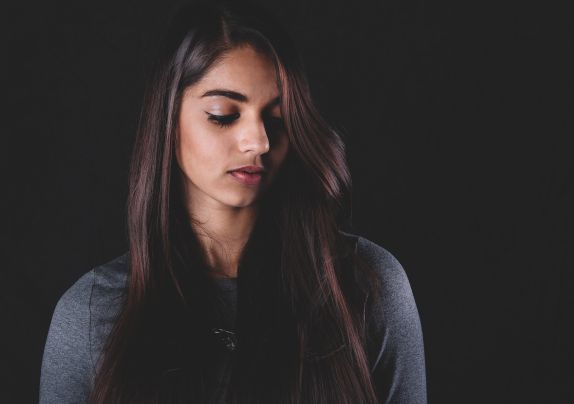 He was my senior in college. We started as friends on Facebook. One fine day, I met him in the exam hall. He was sitting beside me. He helped me copy answers from my friend. Then he invited me for coffee. I came to know about him when we started talking.

He was one of the nicest guys I had ever met. He respected me a lot. He understood my family issues and promised me that he would always be there for me.

We then exchanged our numbers. He didn’t care about my past and became my thickest friend. I still don’t know what I feel for him. He hasn’t proposed to me as yet.

We started spending a lot of time together and conversed over WhatsApp and calls daily. He surprised me with lots of gifts. He even took me over to his parents’ place. Like other lovers, we fought and had misunderstandings but we never thought about breaking up. I became close to his family too. In fact, we even went for a competition together.

I was more career-oriented than him. When I started thinking about my post graduation and career, certain issues started arising.

He asked me which was more important to me – my career or him!

I have always been an ambitious girl since my childhood. I loved him too so I tried to explain my side of things to him.

But he didn’t give a s**t about my career plans. He didn’t want me to work because he was well off. I was totally fed up with his behaviour.

But still, we patched up. I invited him to my sister’s wedding. I purposely did this in order to introduce him to all my relatives. I knew I was going to be the next bride and obviously, he would be the groom. He came for the wedding and saw all our rituals. He began questioning things.

Since we did not belong to the same caste, I answered everything with a smiling face. I told him that I wanted to marry him in this manner. Now due to dissimilarities in caste, certain issues started arising. I said that a registered marriage would also suffice for me. But he was opposed to even that.

Now I started understanding his conservative perspective towards everything. Initially, he was not like that. After the grand wedding got over, I got in touch with all my cousins. We started chatting a lot. He was possessive and started arguing with me.

He felt that he was not a priority in my life any longer. I yelled back at him that night. My father came to know about his. He was not happy with me. He did not want me to fall in a trap in the name of love.

I narrated the entire incident to my boyfriend the next day. I was worried about our future.

He thought for a minute and asked me to marry a guy that my father selected for me.

I was broken and felt completely lost. I was crying day and night. I was thinking about him all the time. I even thought of committing suicide. I couldn’t concentrate on anything except our relationship. I even fell at his feet and asked him to get back with me. But he seemed very practical.

I was told to reconsider my decision but he simply blocked me on social media and moved on. But I still write about him and wish that he comes back.

When we are happy doing the things that we love on our own, we feel like sharing our happiness with a person who loves and understands us. Let’s share this story and hope that this young couple is able to create that happy space for themselves.