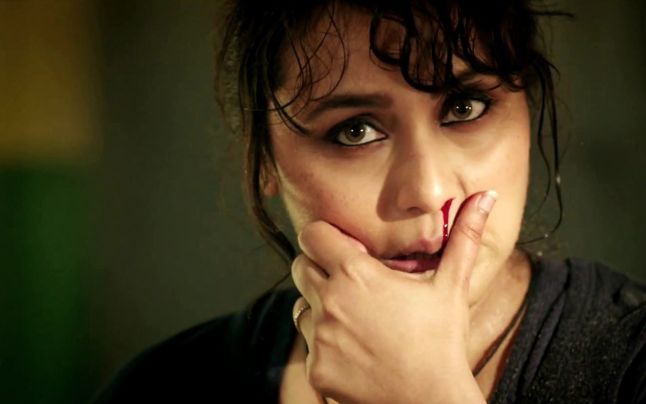 Harassment, more mental than physical. When we think of a woman being harassed or molested, we normally imagine a beautiful, adolescent girl or someone within the age bracket of 20-25 years old. Can anyone imagine a mediocre looking woman in her late 30’s being harassed? Your first reaction, no!

But it’s true. You needn’t be extraordinary pretty for that. A man with a sick mind can harass you.

This is my story.

A very close family member began visiting me frequently, especially when I was home alone. He would come over, on the pretext of coffee or just the fact that he missed home-cooked food because he was tired of eating canteen food… and so on.
Initially, I didn’t mind. He was like a brother to me and I wouldn’t hesitate to think otherwise.

He would casually compliment me for the coffee or the food that I provided. Gradually, I got tired of his compliments, especially because after a pint, they sounded fake.

One day, I blurted that it really wasn’t all that extraordinary. I felt bad, immediately. The next thing I know, I felt a hand on my shoulder and he gave me a quick pat. He had never touched me before; especially never in front of my family. So I stared at him, fiercely. To which he replied, “What? I was just patting your back, for your good work, of course.”

I shot back, “It wasn’t necessary.” His face changed. He got my message, loud and clear. The next few days were smooth; he would come over for coffee or lunch according to his timings and leave without any weird behaviour, almost as if nothing had happened.

Soon, everything began all over again. The compliments, the patting, the NO… but he was getting courageous now.

One day, while I was on my way out he arrived. I told him I was heading out. He grabbed me by the hand and pulled me inside the house. I couldn’t take it anymore so I began screaming. I warned him that if he tried this again, I will scream louder and alert our neighbours.

He left and I thought this was a victory for me.

Little did I know, that the worst was yet to come.

All this while, I was telling my in-laws as well as my husband about his visits and his odd behavior. They told he was being appreciative and I shouldn’t think more of it. They convinced me that he calls me sister and I call him anna.

But that afternoon, when I yelled at him, the tables turned for the worse.

He went and told my in-laws that I was being rude to him and that I was misunderstanding his kindness. They called me home and yelled at me for disrespecting an older ‘brother’. Despite me telling them about how things had been going with him, they took his side and went on and on about how I was wrong in this situation. They went to the extent of making me apologize to him!

I was furious. After this, my in-laws made it a rule for me to provide him with food, coffee, snacks or company whenever he desired. So he got a free pass from the very people who were supposed to protect me.

From time to time, he would grab my elbows, or even squeeze my hand. His touches were quick and I didn’t have time to retaliate. He made me uncomfortable. I tried my best to tell him to stop. By now, I realized that I was the one who had to stand up for myself, to protect myself. So I began watching self-defense videos and advice. I even reached out to a few of my friends.

One of my friends messaged me after reading a status of mine, he asked me what was going on and told me to trust him.

One day, when I was serving him food, he said, “It seems like you haven’t bathed today.”

“Because I don’t eat food that’s served from an unbathed person.” He replied.

“Well. If you wish to leave the food and go home, please be my guest.” I retorted.

His cool response scared me and I stayed quiet till he left.

But this time, when he left the house, I had made up mind. It was time to fight this out. I couldn’t stand this mental abuse and I didn’t want to wait for it to become anything more than that. Especially, in my own house.

This time, I decided to fight, even though I didn’t have anyone’s support, not even my from my husband. I confronted my husband that night; “Why can’t YOU understand this?”, “How are you OKAY with someone touching your wife?”, “WHAT ARE YOU WAITING FOR?”

I told him I was done. I was walking out of a marriage where neither my words nor my body was respected or protected. I called my in-laws and told them everything; the reason why I was leaving their son and this house.

That is when, finally, they all decided it was time to take a stand for me. Although I could see that deep down, they weren’t convinced, that they still thought I was wrong. But I didn’t care. They took a stand for me and told him that he wasn’t allowed to enter our house when no one was at home.

I don’t know if blackmail was the right way to go, but it worked. I stood up for myself and won. That vile man has never spoken to me or visited our house again.

Share this story, because every woman needs the strength to be empowered.