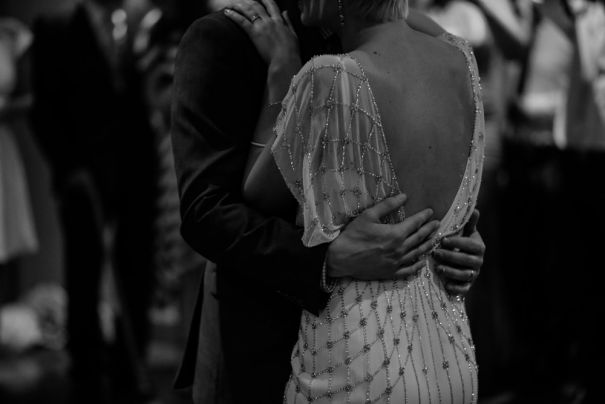 We met at the office where he used to ignore me. We were together in a team but he never interacted much with me. Every time he used to stay up late, I used to ask him if he needed anything out of concern. After some time, he switched for better job opportunities. Then one day, during the auspicious festivities of Diwali, he sent me a message wishing Happy Dhanteras.

We started talking and soon enough, we became good friends.

We used to chat daily for hours. He told me all about his dreams and I told him about mine. We started dreaming of our lives together. He saw a dream of me being his wife and living a happy life. After some time, he proposed. But I refused. He persuaded me for few days and after using the biggest weapon of ignorance on me, he gained my yes. Our first official date was in Gurgaon Cyber Hub with rains and it was the most romantic one. We talked, held hands, and walked in rains. We started meeting more often.

I used to travel to Gurgaon for him as he would have to change three metros for meeting me. We were in love. We had weekends to us where we used to spend time watching movies, eating out, and window shopping. We even finalized a room set in home decor for our future home. As my family was persuasive to get me married, I asked him about the same.

He told me about the boundaries that I would have to follow once we get married like having pallu on the head, visiting his native on all the weekends, and I wouldn’t be allowed to interfere in finances of his life.

I agreed for the sake of the love that we had. We loved each other and cared for each other. He promised that if we could make love, then he would talk about marriage. We did and we were the happiest. His touch made me feel protected rather than guilty. Then one day, I talked to my family about him and they were interested in meeting him. When I told him that, he asked for some time. I was a little shocked.

Still, I gave him his time and he gave me assurances that he would talk to his family when he would visit his home during vacations.

I agreed to it and we started living our dreams again. His birthday came and we celebrated it together. I gave him everything I could along with my good wishes. Then after three months, it was time for my birthday. At the beginning of the month, refused to talk to his family and we broke up. On my birthday, he called me up to wish me and we started talking again. I thought that perhaps, he was just too afraid to talk to his family.

I trusted him but every time I asked him to talk to his family, he refused.

On Dhanteras, we were celebrating our one year of togetherness. I was excited and more than happy. I had everything I loved. He was busy that day, so just celebrated over text messages. Then on Diwali, he asked me to leave as he said he wouldn’t be able to talk to his family. I left and tried living my life as before.

After a month i.e. in December, he came back saying that he really missed me and I was the only good thing in his life.

Then in December, he came back again as if he really missed me and said I was the only one good thing in his life. While all this was happening, I lost my maternal granddad. I was shattered by the loss and totally unaware that it was just the beginning of shocks. I couldn’t be with him at this time. And he didn’t really make any efforts to cheer me up. Even while I was broken, I made things to make him happy.

But he ignored me all the time. He would be online and not reply to my messages, and this was his favorite time pass.

I could feel that he had somebody else in his life. I confronted him and he said that I was just over thinking it. Meanwhile, I broke my leg and was on complete bed rest. I didn't tell him because I didn't want to sound like an attention seeker. Then one day, he told me that his family was looking for alliances for him. I lost my senses as I still believed in us and his coming back to me every time we broke up. In 10 days, he told me that he got engaged. Digging further, I found that he was talking to this girl for four months and had said yes to her after full commitment. He left me in the middle of storms.

I still don't know what to tell my family members. I said no to all the alliances that came my way while I waited for him. One question that still bothers me is that why he came into my life again when he had already given his commitment to another girl.