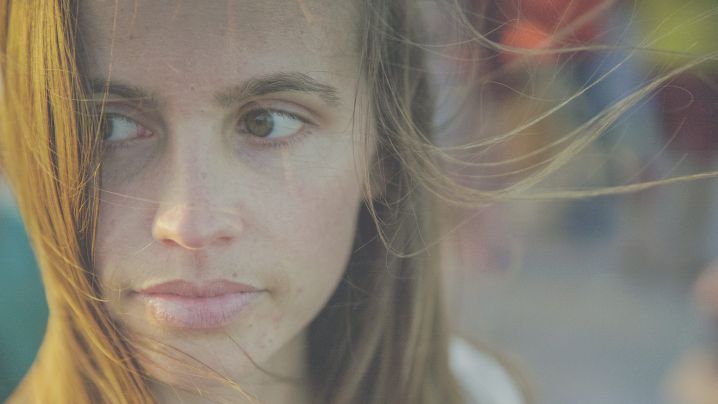 About six and a half years ago from today, I met this guy. I was in 12th, giving my pre-boards. He was a common friend of my friends and we met online through Orkut, that was a rage then. We started chatting endlessly and finally a few months later, we met and eventually got into a relationship. I was planning to take things slow but his warmth and easy-going nature got me attracted to him all the more.

And then the usual drill, late night chats and secret meetings went on. Later, my results came out and I got into a reputable college in Hyderabad.

He got admission in a college in Bangalore. That is when the problems began. He started becoming insecure that I would go out and make friends, so he made me promise to wear only kurtas and not go anywhere outside college without telling him. It was also during this time that he told he wouldn't like me working after college and I should focus on just being his wife since he presumed that I would earn a lot. Naive as I was, I listened to him. Slowly the days became worse, from informing him it turned in to seeking permission from him every time I wanted to go out. Sometimes I would forget telling him that I was going to class. He “forgave" me for one year. Then I started paying for my mistakes, literally.

So every time I made a mistake I would have to deposit 1-2K in his account. He made me stop meeting my friends and I started staying in my room.

Oh, and yes, these threats increased. He started pressuring me to come to Bangalore for a night, so he could hit me for my mistakes. He would then be nice to me the rest of the time I was there. And by doing that he thought he made me happy because according to him, we were in a happy relationship. Whatever issues we had, only he had the right to “sort” them. He never realized that I was going crazy inside. I started becoming more and more anxious and maybe a little depressed too. I could never discuss this with anybody as 20-year-olds don't understand much about complicated stuff. They simply judge. I still didn’t get the courage to break up with him. Now after 4 years, on completing my degree, I moved to Manipal for my MBA. You guessed it right, he was super angry and unhappy as he thought I was choosing career over him. That might have been true, and thankfully so. Now my life became a living hell. Even to go to the end of the corridor for washing my clothes I had to take his permission, or these would be the penalties:

1. Miss the class, go to the room and stay there

3. He would call my parents and abuse them

5. This wasn't a choice but an essential part - Constant abusing and demeaning me, threatening to destroy me.

It was here that I found people who understood I was in a problem. I never told them about him, but they understood. They stood by me and supported me through this time. I decided to break up. It was in 2015 when I told him I wanted to break up. It is 2018 now. He still hasn't broken up with me. He says that I am special to him and will only let me go before I get married. He is sticking around in case I find someone else. I'm so shattered, I'm not sure I'll ever be able to be normal again. I have nightmares due to his threats and have also developed anxiety. I'm helpless. I am hoping he will leave me. I work in a reputed company now. He is jobless. Small joys!

P.S. This is just 50% of what he did to me. I'm not writing the details of physical abuse I went through because it’s too graphic.

A man's masculinity is often proven by how he controls his woman, in some cultures. Share this story to break through the clutter and help this author find enough courage to walk out for good.