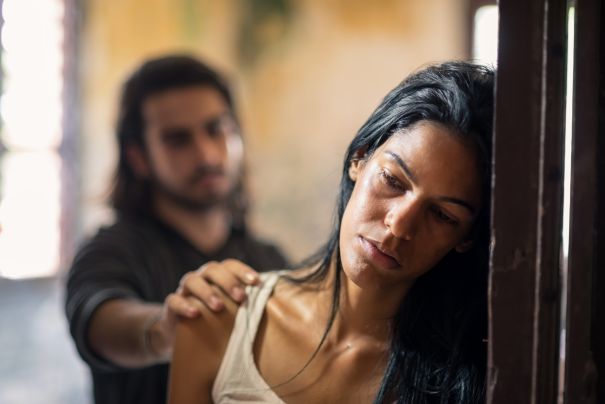 It was December 31, 2006. I was 23 and a lively fun loving girl from a middle-class conservative family. Let alone a boyfriend, I had never even held hands with a boy. I was an obedient good girl of my parents who did what was told.

I was exceptionally ecstatic that evening as I had been selected for the position of air hostess with a leading public airline. It was a government job and I was going to meet a guy for a marriage alliance the next evening, which my parents had shortlisted. I partied with my friends till wee hours on that New Year Eve.

Next day in the evening, he came in to meet me. What surprised me was that he came with two teenager cousins and not a single elderly family member was there. As I was naive and inexperienced with guys, I liked chit-chatting with him.

He asked me a lot of questions and ranked me on a scale of one to ten on various attributes.

In the following days, we chatted on the phone. As days passed by, he started behaving weirdly with me. One day, he told me that he went to my college and got to know few things about me. He kept insisting on telling him if I was hiding something from him, actually, he was just trying to hit in the dark to know whether I had a past. He couldn't believe that I had none. I told him that I had male friends but nothing more than that ever. After this, his behaviour changed and started misbehaving with me.

Once he told me that I need to give him importance; listen and agree with whatever he has to say and not argue at all.

If I failed to do so, he would just be a husband to me who would bear me a child to make his parents and the society happy, and then he would maintain his distance with me. I was shaken from inside. The very next day I told my mother that I didn’t want to marry him and I would never be happy with him. But my father said that I must have done something to instigate this and it was just a week before the wedding, all the preparations had been finalised.

I convinced myself that things will settle down once I get married. Little did I know that he was yet to show his true colours.

The next three months were no short of a nightmare. He just wanted me to consider him a God and I was his slave. He abused me mentally, physically, and sexually. He would torture me for hours, snap at me for smallest of things and beat me black and blue. He also threatened to break my head into pieces by hitting me with a rod.

He did not like anything about me and blamed my parents for not bringing me up well.

According to him, he was a very honest and straightforward man and I was a modern misbehaving girl. All this while, my parents had no clue about what I was going through. I was not allowed to call my parents as he had shattered my phone into pieces. I was only allowed to speak to my parents when he was around and I didn't see my parents for those three months. Gradually, my parents realised that things were not normal. He burned me with cigarettes, hit me with shoes, and punched me so hard on my shins thighs and stomach. He locked me inside the house every day before leaving for office and called every hour to check on me.

If I got late in picking up his call, he would call me a prostitute in a typical Hindi word for it.

He doubted my character and abused me day and night in the most heinous and shameful manner. Surprisingly, even after going through this torture, I was not thinking of going back to my parents or leaving him. My brain had stopped thinking and I only did what he asked me to do so that I was spared of his wrath. I dreaded him coming back home from the office.

On certain days, he would just force himself on me and said that this was what women were meant for.

He basically wanted me to get pregnant so that I wouldn’t be able to leave him then. The last nail in the coffin was when he tore my clothes to pieces and abused me all night for having dinner with his sister and her husband on one table without him. He said that since I had dinner with his brother-in-law, I should also go and sleep with him. That was it.

From that day onwards, I only waited for his sister to leave. Otherwise, she wouldn't have let me escape and would have blackmailed me. God helped me and he had to go to another city for his office meeting. I begged him to let me go and meet my parents. He knew that if I went, I might never come back to him. That’s why he said that if I didn’t return before he comes back, the door of his house will be closed for me forever.

For the first time in those three months, I gathered the courage to call my parents without his permission.

I told my parents that I wanted to come back to them, and by that time, they knew what I was going through. My mother cried like hell that day.  Next day, he left for his meeting and my parents came to pick me up. I packed everything I possibly could. And finally, after three months and ten days, I left that hell.

I was shit scared, had lost my self-esteem completely and was left with no confidence.

It bothered me what people would think and speak about me. His family members from far and close came to talk and convince me to come back but he never came. He didn’t have the balls anymore. My father even asked him to, but he didn’t. He continued calling me for six months and when I finally told him that I can’t stay with him, he stopped calling me. After that, the legal proceedings followed and my family and siblings were a huge support for me. Without them, I wouldn’t have been where I am today.

Those were the days when I couldn’t imagine myself going to a shop to buy a candy.

I fell severely ill for the next few months. Then my father decided that I need to move out of the house and do something for myself. I got a job in a leading Pvt. Bank. I started working and earning again. With each passing month, I got my confidence back. After a year, my divorce came through and trust me, what a relief it was. I was a free bird.

Those three months turned my world upside down but also gave me new wings.

I got to know my worth; I learnt to make my own choices and decisions. I also learnt that you and only you are responsible for your lives and choices. No one else is to be blamed. Last but not the least, a special message to all that please take stand for yourself. Don't depend on others, not even on your parents.

Believe in yourself and make your own choices and owe up to them!

A special news: I am now happily married and have a four years old daughter.

Keep watching this space for more stories and experiences from me.

We're glad that the author is happy and back to her feet again. But domestic abuse is a serious crime and we shouldn't be silent about it. Share this story if you also think that one should take legal actions against such beasts.