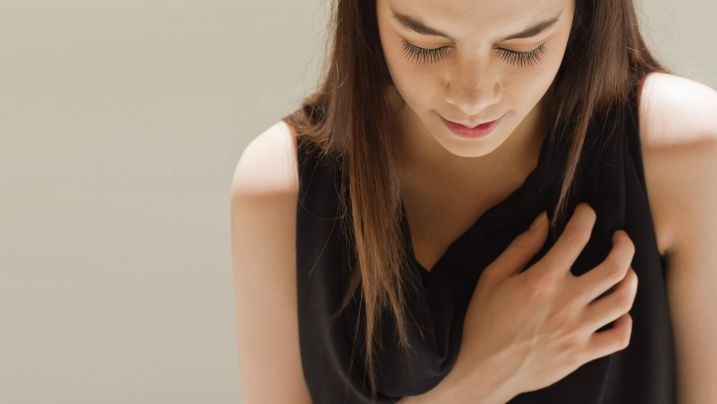 I've always been a reserved girl who had a hard time making friends and sharing my feelings with people.

I never had a best friend because I never trusted anyone till I met him.

After graduation, I started working in an MNC. During this time, he sent me a friend request but I didn't pay attention to it. A few months later, I was going through my profile and I saw his pending request. I visited his profile and his face seemed familiar. So, I accepted the request.

Little did I know that one friend request would change my life.

As soon as I accepted his request, he sent me a message. We started chatting and I recollected that we were in the same school. He was my senior but we had never spoken to each other. We stayed in the same locality but I never saw him after we finished school.

We chatted about our school memories, career, family etc. Then we exchanged numbers and began chatting on WhatsApp.

We became close in no time and immensely cared for each other.

It was my birthday and he was the first person to wish me at midnight. He made me feel special and I felt happy to have him in my life. I spent the day at home and met my friends at night. It was around 11 p.m. when we finished our dinner and decided to head back to our respective homes.

As we were leaving, my phone started vibrating. It was him. It was the first time that we spoke to each other on the phone. He asked me to take care and call him if there was any problem, as it was late at night.

My friend and I were waiting for a cab but couldn’t find any, even after several attempts. I started getting worried. My mom was calling me frantically, as she wanted me to get home at the earliest. Finally, I decided to call him. I trusted him and was sure that he would help me. He immediately agreed to pick us up.

When I saw him, I couldn’t stop admiring his deep eyes, sharp nose, and smiling lips. He looked handsome in his dark green T-shirt and blue jeans. That is how we met for the first time and I couldn’t have been happier.

I had fallen for him but I did not tell him.

I knew that he was also in love with me and I waited for him to confess. I remember the day he proposed to me; I was on cloud 9. I hugged him tightly and he kissed me on my right cheek. Every time we met, my heart would beat wildly.

He meant the world to me and I shared the smallest detail of my life with him.

I can never forget the first time he kissed me on my lips. As our lips met, my heart skipped a beat and my stomach ached with excitement. I was head over heels in love. I felt that I’d finally found a partner for life. He loved me, took care of me and supported me.

I loved the way he hugged me; it made me feel safe, it felt like heaven.

Even when he scolded me, I didn't feel bad because I believed that he had every right to do so. My happiness and my love for him knew no bounds. It was not just the physical attraction but the care and respect that we had for each other that meant the world to me.

He had lost his dad and I knew that he missed him terribly. I always tried to support him like his father and give him the love that he deserved. No matter how much we fought, I’d never stay angry for long. I’d forget my ego, keep my anger aside and call him.

I didn’t want to be just his girlfriend; I wanted to be his wife.

But he never committed to me nor did he talk about marriage. I was ready to marry him but he was not.

His unwillingness to commit became the cause of several fights between us.

But we still cared for each other. I loved him and trusted him too. I had saved my virginity for my husband and did not want to get involved in any physical relationship before marriage. I couldn’t stop our kisses but we never crossed our limits.

Though we met only twice or thrice a month, I felt secure and happy whenever I saw him. But our arguments kept growing.

However, I always believed that these fights were just a test of time and our trust and love would keep our bond strong.

Around 3 months back, he told me that his mom was hospitalized and would have to undergo a major surgery. I was extremely worried and could understand his pain. She was in the hospital for a month.

I was eager to see her but he did not let me visit.

All I could do was pray for her good health. It was a Thursday when she got operated and I’d decided to fast for her. I had complete faith in God and prayed the whole time. Fortunately, the operation went well.

I never told him the things that I did for his mom. I just wished for her to get fine and see the smile back on his face. I just wanted to stand by his side through thick and thin.

I was ready to share all his troubles and support him through all the challenges in life because he deserved to be happy.

Unfortunately, he did not want me in his life. He knew that I was very serious about him and he was afraid that I would spoil my career and future because of him. So he decided to end our relationship. And I respected his decision.

But I pleaded him to meet me for one last time. He finally made time for me. He was waiting in the car and as soon as I entered, I looked into his eyes and felt a rush of emotions. I wanted to cry but I controlled my tears.

I could see that he had changed. He was not the person I fell in love with.

He strictly told me that he would not be able to marry me because of our family and caste issues. He admitted that he was in love with me earlier but not anymore.

His words shattered me, as I’d foolishly believed that he was still in love with me.

He told me never to call or text him and not to disturb him ever again. Tears rolled down my cheeks. I tried hard to control my emotions but my heart was not strong enough to hold this pain. However, I remained silent and didn’t utter a single word.

I requested him to take a U-turn. He asked me the reason and I confessed that I needed a hug from him. I just wanted to hug him tightly and cry. I did not want to lose him.

He resisted taking a U-turn. I looked into his eyes; those eyes that were my weakness. I’d always loved the way he looked at me. But this time, his eyes made me cry. I cannot stop my tears even as I write this.

It was not about the number of days we were together; it was about how happy we were.

After that day, he blocked me on the social networking sites. I don’t know what I’d done wrong. I’d always been true and honest with him. All I’d wanted was for him to be happy and his mom to be happy and healthy.

I know I can never be happy even if I get married to someone else.

Who would pretend to like soup when they’ve already tasted wine? He was my wine. Words can’t describe how much I love him and how terribly I miss him. I miss his hugs, his kisses, his care; I miss the way he looks at me. I miss every moment with him.

I still pray that God unites us again. I hope that he comes back to me and we do get married. I can do anything for this to happen.

I am ready to face both our families. But my strength is not enough. I need my partner’s support.

I’ve realized that love is the sacrifice you make for your partner's happiness. I want him to be happy, so I won't disturb him anymore.

But I will never stop waiting for him.

Share this story because we all know how hard it is to give up on the person you love even after the relationship has ended.