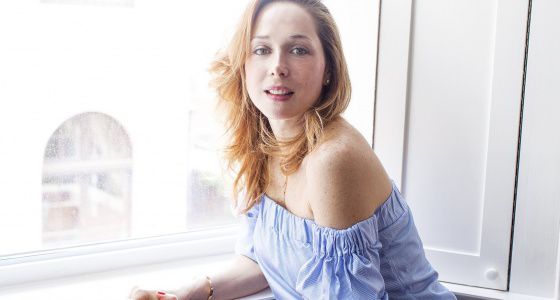 It was a warm evening in the month of June, 2013 when I met him for the second time. I am from a simple, middle-class family, and being the parents of two girls, my folks started thinking about getting me married and thus they began to search for a perfect soulmate for me.  I had always dreamt of having a love affair and always wanted to marry for love, but I was an average looking girl who had to mature early to shoulder all the familial responsibilities along with her father. And so, while I was busy graduating and landing a job in the corporate sector, I didn’t get to meet anyone special in my life.

Not long after, one of my father’s friends recommended a proposal and my parents got so excited, they immediately, without having done any background check, invited the boy’s family home so that we could meet.

The boy was 35 years old, nine years older to me and when I saw him coming with his dad, I was shocked. He was short & stout, sporting a bigger belly than my father and he was peering at me through a big pair of spectacles which had thick & wide lenses. They came in and sat down and we all started talking but before we could advance into any further interactions, he spoke up all of a sudden and proclaimed that he liked me and wanted to know whether I liked him as well. I was caught by surprise at the fact that he asked me this so publicly in front of everyone and I did not know how to answer. I kept quiet and stared at the floor, not meeting anyone’s eyes, as I kept thinking, “How can I stay with him lifelong?”

Our family values do not permit us to be rude to guests who visit our house. Always my hero, my Dad, swooped in as my saviour and very tactfully handles the situation as he said, “Sure she likes you! Why would anyone dislike you? But we need to consult a pandit and see if the kundalis are matching before we proceed. We will get back to you by today evening.” I couldn’t thank him enough for saying that! They left and that evening my father informed them that the kundalis were not a match and so we couldn’t proceed with the marriage.

I was relieved as I thought that this was the end of that chapter. But it was only the beginning!

After that, he used to call me every day and try to convince me to marry him. I used to try to reply politely, saying that the kundalis were not a match and therefore a marriage was not possible between us, trying my hardest to not insult him and hoping that he would understand and stop calling, but to no avail. This continued for a week before I started to ignore his calls. I was getting increasingly frustrated as I would get almost 30 to 35 calls from him each day. All throughout the day, while I am in meetings, having lunch or talking to people my phone would be ringing, constantly. I finally started yelling at him, scolding him for disturbing me so much, but it didn’t seem to make any difference.

One evening, while I was waiting at the station to board my train, I noticed him approach me. I got scared and I looked around me, noticing that I was surrounded by a lot of women. I got a little brave and decided to act bold and confident and not let him see I was disturbed by his presence. He came to me and started pleading me to marry him, saying things like, “I like you so much. I want you in my life. It is after many years that I’ve finally found someone like you and I don’t want to lose you. Please marry me.” I felt a bit sad for him and guilty for lying and so I tried to explain to him that he was not the person I was looking for and that I was sorry. I told him that I was not able to connect with him and that I did not love him.

He went wild and furiously grabbed my wrist roughly as he demanded I marry him.

I was shocked and scared even as I tried to free my hand, but he held on even tighter. I got angry and started yelling at him saying that I would never marry him, come what may.

Still furious, he cursed me by saying that I would never get a man in my life and that I would never marry anyone. This really struck a nerve and I felt sad and defeated. But I moved on from that incident and today, in the year 2015, I am married to an amazing, handsome man with a beautiful heart. When I think about this incident that left me feeling vulnerable, I can only smile and thank God for the way my life turned out to be.

It is a general consensus that women are meek and not assertive in their opinions. Experiences like these are what changes that outlook. Share this story to let more people know that a girl is not 'cursed' to remain silent; it's a smart choice she makes.

BAKKAR. CHAI. SUTTA
YOURS GEEKLY
LIFE IS TOUGH
HOW'S THE JOSH
The Golden Bird
Your Stories