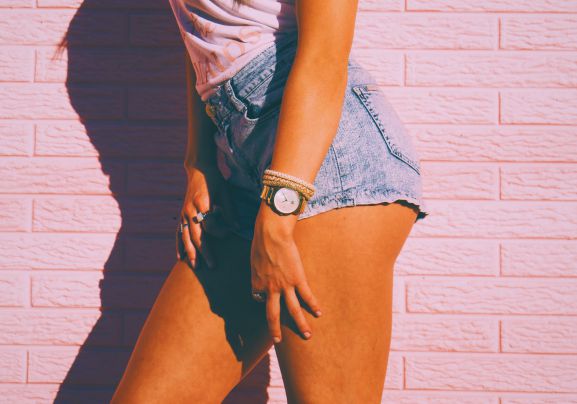 It is horrible how a lot of girls still face atrocious experiences on the streets of Mumbai. It is disgusting how a slightly short dress or a low back makes it harder for them to roam around in comfort. It hurts me to see how there are people who just cannot respect women for being themselves, it is indeed shameful how a public transport driver can have such a cheap mentality. One such experience I had blew my mind. Why does a woman have to be so damn careful about what she wears? It was Around 2:30 pm, my friend and I had come out of the theatre and we were walking towards a place to eat. We decided not to take a rickshaw or a cab because the distance was walkable. I remember I was wearing a crop top that showed a glimpse of my midriff and my friend was wearing an off-shoulder top.

Trust me, it was much more decent than what we wear most of the time, I mean it’s a woman's own choice, and it is about her individual level of comfort.

She does not have to comply with the society's ideal sense of dressing. We are humans too. We do not feel comfortable in clothes which are too suffocating or too concealing. But then again, if a woman chooses to cover herself, we should not judge her too. Like I said, it’s a matter of her individual comfort and choice, one shouldn’t be forced to conceal nor reveal. It is 2018, so it is high time we give our girls the rights they deserve and stop obliging them to keep up with the double standards of the society. My friend and I have been living in Mumbai from the day we were born and to be very honest, in all these years we have been wearing shorts, crop tops, bikinis and revealing outfits, but we never experienced any kind of shaming. Maybe because the area where we were raised in, was much more sorted about girls and their rights.

It was only in the news that we had heard about the shaming that girls go through because of their clothing. Anyway, that day we got a taste of this side of the society.

So we were walking towards an eatery and the first instance that happened was this: an old couple of about 50-60 years old, were sitting on a bench nearby. We continued walking until they called us and the first thing they said is "Are you not ashamed?" To this, we were a bit confused, because we had no clue what they were talking about. So we replied with, "Sorry? We didn’t get you!" And then they started continuously shaming us about how our parents raised us, and how wrong we are because we are roaming around so confidently without realizing that we are girls. They also interrogated us with questions like why we wanted to show people our skin and why we couldn’t cover our damn bodies. How ridiculous is that?

They kept doing this until we got very angry but we couldn’t utter a word because they were much older than us and our parents raised us right by teaching us morals rather than commanding us to cover ourselves.

We only said “Thank you so much for your concern”, and walked away. At this, the old lady said loudly, "Look at today's girls they just don’t understand how to behave” and she went on and on. This was the worst anybody ever did to us and for what? For being ‘too confident’ in our skin? No, the issue was that this confidence was coming from a girl. We were apparently shameless for being confident.

We were very disturbed, yet we calmed ourselves and ignored the incident. But this was not enough, a random rickshaw guy rode his rickshaw besides us and shouted in Hindi "Pura hi nikaal ke baith na, puri nangi ghum" (remove all your clothes and roam around naked).

It took us a second to register what he said but by then he sped away. How creepy can a man get? As we realized what had happened and turned around, it was too late to catch him and beat his ass. We had had enough. To our surprise, people around us started laughing at this rather than helping us! We were very disgusted. We couldn’t do anything, we were feeling very helpless. We wanted to find the rickshaw driver and make him realize what a creep he is.

We kept walking and talking about how someone can be this cheap, and to our surprise what happened next was, the same rickshaw guy came around again and shouted, “aye r**di" (hey prostitute)at us.

Again he was so fast that we couldn’t note down the rickshaw number nor chase him and again people around started looking at us as if it was all our fault. This time we decided to wait for the rickshaw guy to come again but smart as he was, he did not come back and we kept waiting for a good 30 minutes. People are cheap, ill-minded and no humanity is left around us anymore.

I hear cases where a girl is openly being raped and molested, but the people around are more concerned about taking videos and making it viral than just going forward and stopping this shit.

It is hurtful how a girl has to face all the ill treatments of society and still the society has the audacity to judge her. It’s very saddening how a girl has to ‘correct’ her style, her clothing, her way of life just to keep herself safe from being a victim of her gender.

We need to change this, it is high time we accept the fact that women are humans too.

Share this story because it is the need of the hour. We will cease to have Nirbhaya's and Asifa's when we collectively work on changing mindsets rather than ask for longer dress lengths and implement curfews.