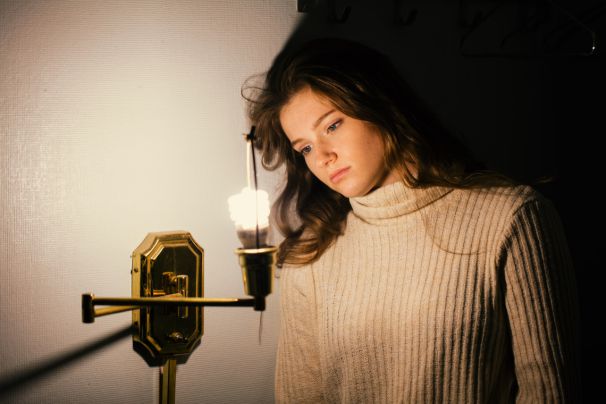 This is the most disastrous thing that's ever happened to me. I was in a relationship with a guy, let's call him A, for a year. Before we got into a relationship, we were friends who knew everything about each other. Then came the time for us to get married. We convinced our families to meet and they did. After visiting our home, they understood that we couldn't give them dowry as we are a middle-class family. A's family brainwashed him by saying they'll get him married to a rich girl through whom he could lead a lavish life.

A's family too was a middle class family like ours. He gave in to their crooked thoughts and broke up with me saying that he'll do what his parents say.

We ended things and moved on with our lives. It was very difficult for me to move on and forget everything. As I was coping up with the after-effects of the breakup, A came back after 15 days and started to pursue me for a month. He apologised and admitted that it was his mistake that he listened to his family and promised me he'll convince his family and get married to me. I didn't believe him yet he kept reassuring me. After few attempts, he failed to do so. We planned to elope and get married. We assumed that our families will agree later. We got married on 8th July in the presence of our friends and started our lives. Our marriage was to be registered on 16th August. Both our families came to know of this and disowned us. We were living in a fairytale. A used to cook for me, feed me and took care of me so well. He was in search for a job while I was in a stable job. After a few days, his mother started accepting us and asked me to convince my family so that we could arrange a marriage officially.

While these attempts were going on, an argument took place between me and my husband. He ended up kicking and hitting me. He told me to pack my stuff and move out.

He said he'll accept me as his wife only if my family agrees and only after an official marriage. Disheartened by this, I called up my family and informed them. They came and took me home saying they'll contact his family and get us married. The next day his family contacted us and told us that they are not willing to go ahead with this marriage and said that I need to get married to someone else as I was not legally married.

This time too my husband didn't speak a word in my defense and told me that he doesn't want me.

When he had called me and asked me to go with him, he had just 50 rupees with him. I still trusted him and spent around 60k. Never in my dreams did I think that he'll leave me even after marriage. We had been together for 3 weeks and were married, even though it was not a legal marriage. Now I don't know what to do.

Should I forget this marriage and move on or should I wait for them to contact us? Please suggest. I am so broken right now. I don't know what my future is. Your advice and suggestions will help me to decide the direction of my life.

This is a terrible way to treat the person you love. Love without respect means nothing. Please don't allow the people you love to treat you with less respect than you deserve. Share this story to help the author with her dilemma.