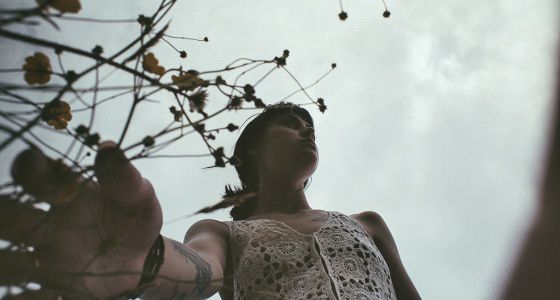 I was a normal modern-day girl who didn't have any restrictions at home. I was doing my Masters where I met my husband, although I didn't like him at the first instance, as he was hyperactive. Days passed and we became friends, he started liking me and I was like no. He showered so much care on me that I eventually fell for him.

I thought that he will always keep me happy and make me smile life-long.

Although I had told him no "n" number of times, I wanted him. I always thought no matter what, he will never leave me. So college days were over, we started working together. Now it was my turn to run behind him. He was eventually taking a revenge kind of a thing. “When I asked you, you always told me a big NO so why should I accept you now?” Now as a typical Indian, marriage is on the mind of parents.

And I told them I like this friend of mine whom they know very well and I want to get married to him. Convincing the family that he loves me too much and will take care of me as my parents did, was my baseline to convince my parents. Finally, all were okay with it since I have never asked them anything entire my life. I have always agreed with what they have chosen for me, never demanded anything as I was very happy with them. I always listened to them and all the decisions they have taken for me in my life. So this was the first-ever time I was asking them and trying to convince them. Marriage talks began, and then came out the true colours of people.

The person who loved me so much began claiming that his family is always right, and my family and I am always wrong.

Finally, we got married, but there was no love from his side anymore. The person I fell in love with, no longer existed. Although I knew this beforehand, I wanted to marry him. Anger had increased in him so much, I was beaten up black and blue. I had a shock of my life when he raised his hands and legs on me. I had never been hit by any of my family members. It was a huge shock for me. I didn't raise my voice since he was my decision and I had convinced my family so much for marriage by assuring them that he is the only person who will keep me happy no matter what.

All my dreams came crashing down. But he showered me so much love during college days that I couldn't believe he was the same person I fell for. First time when you don't revolt back, it becomes a habit for them to take you for granted. Beatings became so regular, I don't even know the count of it. Still, I don't know why I love him so much and I can't live without him.

May be love is blind but I am just waiting for the day that he will realise his mistakes but not before it's too late. I want to say this to all the readers out there:

Always love a person who will never let you down no matter what big problem you create for them. When someone starts thinking you are creating problems for them, that means they no longer love you. Be smart enough to take the right decision at right time.

Although everything seems lovely when in love, true colours come out after marriage. Girls, no matter what you do to your husband, still you will be just the option he will be ready to loose when it comes to choosing between you and his family.

Share this story of abuse because no one should have to go through this. A voice in a void is all we can raise it seems, but even if one person gets the courage to recognize the first signs of abuse after reading this story, we have done something to help the cause.