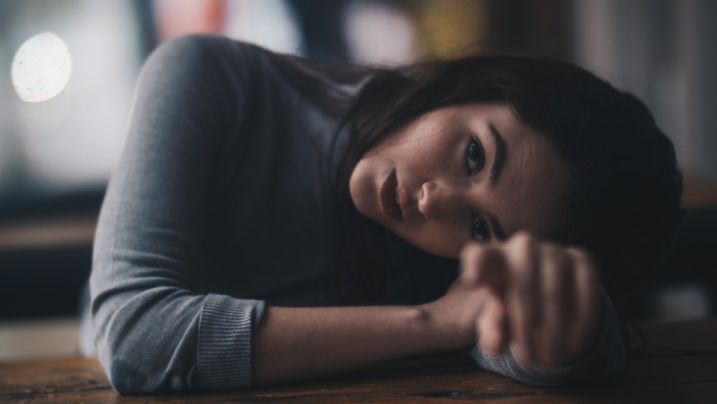 My elder brother had the best friend next door who had a twin. We played every day with them. One night, my brother invited them to sleep over. My brother and I shared a room then. I was in 3rd grade at the time and he was in 5th. As I grew up with boys, so I didn’t mind. I thought it would be fun.

I was sitting on the floor next to one of the twin brothers with my legs crossed and I was wearing a skirt.

We both were watching TV. The other two were in the other corner of the room playing games. The one next to me reached under my skirt and started rubbing me down there. The twins were in the 7th grade at the time and so when he asked me if I liked it, I was so young and confused that I just nodded my head. Next thing you know, the twins were taking turns “playing” with me. My poor brother was young too, so we both didn’t understand, my brother might have thought it was “normal” as well.

Can you believe they did all this in front of my brother?

Anyway, one would lay with me on my bed and start touching me, while the other wrestled with my brother and then they would switch over every couple of minutes like I was a toy. One of the twins continued on with me like we were in a relationship. I was a little girl giving him secret blow jobs and make out sessions, it’s sad because I started liking him. Long story short, it ended, my family never knew and my brother and I have NEVER spoken a word to each other about that one sleepover. Not ever, even till now.

A couple of years later, as a 6th grader, my oldest cousin who I considered a big brother asked me one night if anyone has ever done this to me. I was sitting down legs crossed but with tights and before he could even touch me, I told him yes and said about the twins who he knew as well. Next thing you know, he made me watch sex in the city with him. Now as I saw him as a brother made me feel very uncomfortable but I just sat on the couch next to him while he touched himself and started jacking off and looking at me. He told me not to tell my parents, who he considered his parents too.

And every time I had to sleep in the living room with him, for various reasons, he would secretly touch me while I slept. I felt very unsafe, but I couldn’t tell my family.

He was like family, so every morning I pretended like nothing happened because I still loved him like a brother. But every night, I would cry because then he wasn’t like this big brother I looked up to anymore. Long story short, after years of this, I blackmailed him and he left our house.

Couple more years later, as a senior in high school, I’m venting to my uncle about everything that went down with the cousin I called “big brother” and he seemed angry, talking about how he wants to “kick his ass.” Now, understand my uncle was a drug dealer, always in and out of prison. I got into drugs as a sophomore but he didn’t know till I was a senior. When he found out, he was basically feeding it to me. Getting me high off of new things like cocaine, pills. And I thought me and my favourite uncle was best friends, we told each other everything. Till one night because of all the free drugs I was getting from him, he told me that I “owed” him. I was thinking it would be back massage, doing his laundry or something so I said okay. I was wrong...He got home that night, had me take a few lines then I was sickeningly giving him a blow job. He stripped me naked in my own room, family asleep and everything. I have never felt so sick in my entire life.

From there he was almost like obsessing over me, he liked this ‘fantasy’ of him with me.

My mother’s brother...his niece, her daughter for crying out loud! You all might say “it was your choice,” yes, it may seem that way but unless you’ve been through all these yourselves then you wouldn’t possibly understand. It was complicated. He was getting me high, giving me free drugs, and most importantly, he was my uncle so I felt obligated. I’ve been through this my whole life, and it never does feel any more “normal.” It only feels easier to accept it when you convince yourself as much as I have that it is “normal” and for the moment, I believe it. But when it is done, no it doesn’t feel any better.

Remember my brother at the beginning of my story? He too inevitably touched me and this right here is my most recent, as a graduated high school student. Long story short, I had enough and when he did it again I threw hands and he hasn’t touched me since.

The only man that I can honestly say who has NEVER touched me is my father. I have never felt so protected, so safe and secured by any man before.

My expectation for a man is so high because of him. My father treats me like a real princess. Also, because of my experiences, I feel it has highly affected my sexuality, first in 7th grade. I still talk to guys and whatever (I’m 18 now) but I can’t emotionally or physically connect, there’s no connection. I just...there’s none. I’ve been with women, yes there’s a connection...but in general, I just can’t do relationships. I’m not trying to be conceited, but I am attractive. Though I don’t show a lot of skin, I did drugs/alcohol, yes, but I was never troubled.

I didn’t deserve this and I won’t lie, I blame these guys for my relationship problems and trust issues, but a part of me blames myself for all of this sexual abuse.

It’s stupid, right? But could I have stopped it? I just didn’t want to say anything because they were my family members.

Do you know how much drama that would have caused? And when my parents found out about “big brother” it’s like they “believed” me but I could see it in their eyes, in the way they treated me that they didn’t. And in the end, it just caused a lot of drama. So I just stopped causing drama, you know? Can you understand how betrayed I felt? I would feel 100x more stupid if I told them about all of this because then the question arises, “Why didn’t you say anything sooner, why now?” and they would be right. It happened already, it’s in the past. It’d be dumb of me to bring it into the present now.

Men take advantage of young girls whether your blood or not. and “they’re boys, what do you expect” will never be a reasonable enough answer for me.

Are these people who sexually abuse others mentally sick? How do we help them? Share this story so that men like them would have to think twice before having the courage to harass anyone.