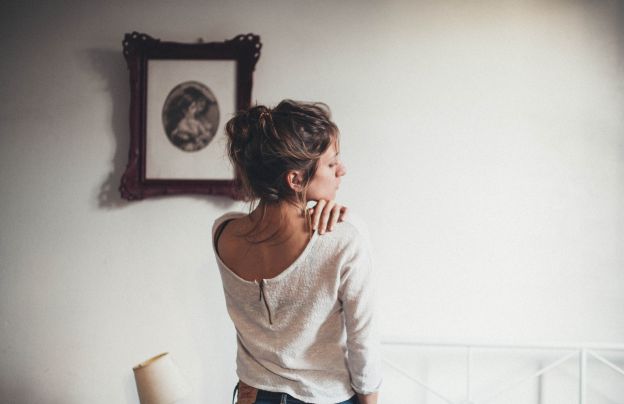 Unlike other stories, mine is quite complicated. I am a 26-year-old, non-virgin girl and I was in a relationship with a married man. Sounds unethical, right? Well, to be honest, we both knew that but the reality was too good to be true.

I met him in 2011, at a religious event and there he introduced me to his wife. But his pace was quick. He asked for my number and I shared my contact details. No sooner I came home, he sent me a text message so that I could save his number and that’s where it started.

I didn’t want to be in a relationship at that time but I wanted a man like him, one who could balance both spiritual and material life perfectly. Next, I went abroad for my higher studies and we remained in touch through Facebook. Meanwhile, I had a relationship but I had never experienced physical intimacy.

In 2015, I was back home and being a writer, I composed a nice shayari and posted it on Facebook. He liked it and asked me to send some to him on his personal Whatsapp number. I agreed instantly.

There was an unsaid connection between us, something that pulled me towards him. Maybe I was looking for someone like him and he happened to be the right person at that time.

We used to chat with each other for hours. Slowly we began talking about everything under the sun. He became a very good friend of mine until one day he sent a message saying: “Love you too”. I thought he was joking so I didn’t respond. Next day he called me and asked for an answer. I shrugged him off once again saying he better focus on his wife, to which he replied: “Jao jao. Main tumhaare paas aane ki soch raha hoo aur tum mujhe vo bata rahi ho jo mujhe pata hai.” (I'm trying to come close to you and instead you're telling me what I already know.)

I thought it was getting quite serious so I tried to cut off all contacts with him. We didn’t speak for a day and then he called me and asked if I missed him, and honestly, I couldn’t hold myself from admitting that I did and that’s how it all started. I didn’t really want to break his home. I just wanted to be loved dearly, to get the love that I had always craved for.

He was the perfect guy that any girl could ask for. He would gift me a rose and a chocolate every time we met and he would skip work and come to meet me. Right from understanding my personal issues to sending me gifts and taking me out for lovely dinners and outings, I thought he was the man of my dreams.

On one such cozy evening, as he dropped me home, he asked for a kiss but I was reluctant. The fact that he was the first man who expressed a desire to touch me, to love me a little more intimately, got me excited. Though initially reluctant, I gave in after a few meetings and we kissed.

Next followed the golden days of my life, which I think about, often these days. The days were full of romantic chats and evenings were full of physical intimacy. He would love kissing me, cuddling and holding me in his arms and lying on me in a state of silence. It is like our souls had met each other after a long time. We’d hardly speak when we’d meet. We were just so comfortable with each other’s words, with each other’s bodies and everything surrounding it.

One day I asked him about our future that surprised me. He said: “My wife loves me but I want the kind of love you give me. I can’t leave my wife but I will always be there with you like a boyfriend, a secret, loyal boyfriend.”

I asked, “So, you expect me to be single all my life? How long will this go on for?” to which he replied:

“With a heavy heart I will have to let you marry someone else but just continue loving me the way you do.”

His words didn’t make any sense to me. Slowly he convinced me to believe that ours was a ‘pure’ form of love that was unmotivated and all kinds of love stories don’t end up in marriage. And stupid me, lost in the world of happiness and love, I decided to go with his words.

Days passed until a horrific evening when his wife called me. The first thing she asked was: “Do you love my husband?”. I didn’t know what to answer. I kept reasoning with her and lying to her that there was nothing like that. And guess what? My dear love was sitting silently hearing the conversation between us. She said: “My husband has agreed to it, so you better be honest. Otherwise, I would defame you in our society.” I silently agreed, which lead to shattering words from her that made me realize what a mess I had created for myself and her. But more than that, my so-called boyfriend’s real nature shocked me.

I begged his wife to allow me to speak with him but he bluntly refused and said: “Please tell her I have nothing to talk to her about,” and that was it. So, he used me to his convenience and threw me to face the world all alone.

Till date, I wonder why he did that! If he loved his wife, why did he come to me? And if he loved me, why did he go back to his wife? It was so chaotic in my head and I was beginning to lose my patience. Moreover, I was regretting that I gave my everything to a man who didn’t even stand beside me when he should have.

Today it's been a year since we last spoke and my life is great. I do think of him but I am glad he left me at the right time because living alone is much better than living with a weak man who can’t even take responsibilities for his deeds. I don’t know how he is doing, I don’t care anymore. But a part of me still loves him because we did share great chemistry and I don’t think I can really love someone like that.

Now, I will be more cautious and more hesitant to love again. All thanks to a man who decided to go back to a comfortable life leaving me stranded in the middle of nowhere.

I want to ask all men out there who are reading this, what makes you a man? Just having a dick? Or taking responsible decisions or acting responsibly? There is no harm in loving someone but loving for one's convenience, using and later throwing them, does that make sense to you more? Respecting a woman does not only mean to avoid eve-teasing her or abusing her. It also means to understand her as an individual and her future that you might spoil with one act of yours. Don’t be selfish. Love her but give her the rights she deserves first.

Share the story so that people re-think before they get into wrong relationships and feel tormented for life. Love is a beautiful feeling but when it comes with wrong intentions, it is nothing but lust.