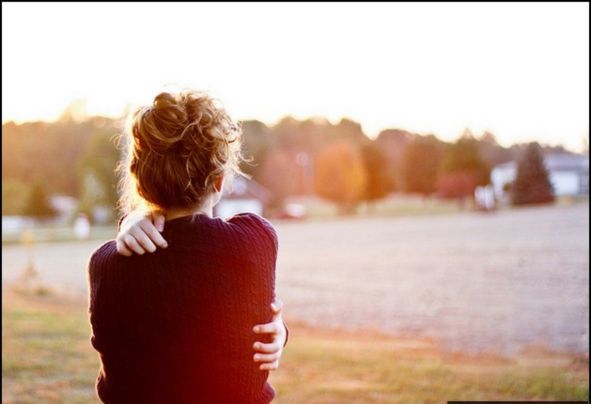 I am married for a year and three months now. And I am a mother of 7 months old boy. Before you jump to any conclusion, please let me clarify that he was a premature baby.

I was the happy-go-lucky girl but I only had one bad habit. I was always in search of love.

When I was in higher secondary, I fell for my classmate. We got into a relationship during my b.tech 2nd year. It took him quite a long time to consider my proposal. It lasted for only three months though. When he broke up, I was utterly shattered, and no matter what, I still wanted to get back with him.

Feeling lonely, I accepted the next guy proposal considering it was my only option. And he made sure to make my life hell.

He was sweet at first, but gradually his male ego started to take over.

He would question me if I wore jeans. I was not allowed to talk to any other men. And whenever I went out, I had to wrap myself in a dupatta. These continued for whole three years, and it reached its final blow when he got extremely possessive. He asked me to quit my job because I had a male colleague there I used to talk with too frequently.

When I bombarded him with the same thing saying how it was valid for him to talk to another woman, what he said next blew my mind completely.

I clearly remembered him saying, “I'm a man - I can sleep with 10 if not one woman. You are a woman; you should know your place.”

We broke up, and I found solace in this other man I was talking to. I was single and had no intention of getting married. One year passed by and we became good friends. His name was Krish. He didn't believe in marriage either. So we made a deal. We decided that we would only get married to show it to the society but live our life as per our choice. We both agreed.

After eight months, we met with an accident where he miraculously survived with few minor damages while I went into the coma for a month. That’s when Krish realised that he loved me and can’t leave without me.

With time, we convinced our parents for the inter-caste marriage. They belonged to Brahmin community. I don’t mean to offend anyone here, but I have a serious question to raise.

Why do people consider their caste superior to the others? Who told you the name of these castes? You didn’t get to choose your caste. So, you believe in these ancient scriptures but do you even know who wrote it? They’re not here now to justify any of it. So why do people get aggressive?

God made everyone in the same way. All look the same when they are dead. If you belong to any superior caste, your body won’t turn into gold and shine after you die.

I guess that was enough to explain you about the nature of my mother-in-law. Initially, she used to pretend to be sweet with me but then, I got to know her bitter side too. My father-in-law didn’t care about anybody in the family including his wife.

When I was five months pregnant, my mother-in-law created a rift between my husband and me. It got to the extent where I felt like dying. My husband spared no time for me. He hardly spent time with me. He would speak lovingly with me, but his actions differed.

I am afraid that my mother-in-law is brainwashing him in my absence. Even if I am wrong, he only cares about his sisters, work, and cricket.

Why is it that I never get the love I always wish for? Don’t I deserve it?

For all the mother-in-law reading my story, I have one thing to say to them. If their husband or their in-laws never treated them right and kept them unhappy, at least don’t repeat the same thing down to us and try to pull us apart.

Treat us like your daughter, and we would make fantastic partners. And for husbands, I would like to say that if you don’t intend on leaving you bachelorhood, if you think you are not yet ready, please don’t get married and ruin your partner’s life.

They say love happens when you least expect it. No one deserves it any less. Share this story to make the author believe that she too deserves to be loved.