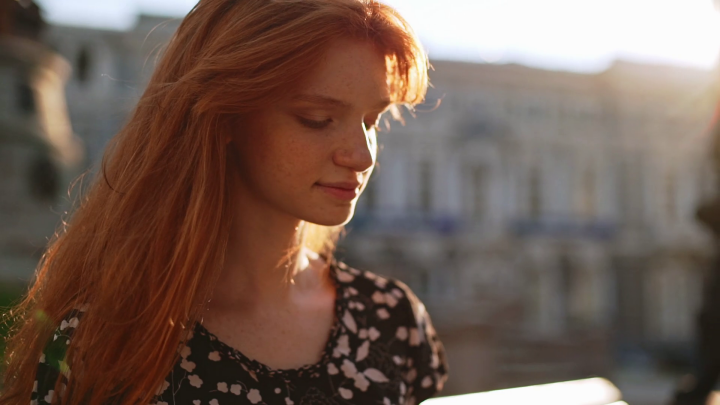 I was 23 years old, he was 26; that’s when we met for the first time. Our love story began during our MBA days. He sent me a request on Facebook and I accepted, obviously, I had a huge crush on him before the request even reached me. Our first chat went on for six hours, into the early morning. He was down with chicken pox so he was confined to his house. So, for the next few days, this was our routine:

In the day, I’d be busy with college work and projects and at night, chatting with him till the early hours. I barely slept for an hour or more, but I didn’t mind. We dated for almost two years and we both felt that it was time to take the next step. Luckily, in our case, there wasn’t any objection from either side. In fact, we stayed over at each other’s homes before our marriage too.

The problem began when I began working. Everything was going fine when I was still pursuing my MBA. Since he was a senior, he already had a secure job, it was my turn now. He was supporting me a lot, through all the ups and downs that job hunting throws at you.

His mother, on the other hand, wanted me to be a housewife, to this, of course, my family and I objected strongly. Around five months to our wedding, I got an offer to work in Goa. Everyone congratulated me for this, well everyone except his mother. She insisted that I didn’t need to work, instead, I should take care of my husband, her son… cook his food, be there for him, keep his home clean, and so on.

Soon, he began taking his mom’s side and telling me things like I don’t need to work, and he will give me ‘pocket money’ that was double of what my salary would have been. But I had ambitions, I had goals. Becoming a housewife at the age of 24 was never an option I would have dreamed up for myself.

I visited his family for Durga Pooja, we were now four months away from our wedding. When I was there, his mother gave me the exact same food for the three days that I stayed there while she cooked fresh fish, chicken, and other items for all other guests. My food was microwaved hot a couple of minutes before every meal. I didn’t say anything because I loved him and her son meant much more to me than whether she cooked for me or not.

As our marriage date kept coming closer, his family and him, began pressurizing me to leave my job. One evening, his mother called off our wedding because she said she didn’t want a career-oriented daughter-in-law.

It was a really tough time for us, we were barely a month away from our wedding and they called it off. My fiancé didn’t say a word, except in favor of his mother.

I tried calling him several times, but all of them went unanswered, it’s been two years now and he still hasn’t spoken to me. Today, he’s married, and I’m not.

I’ve met someone special, no doubt, he’s the one who got me out of my tough times. He’s an angel who has come into my life. He’s taught me how to live again, to love again; at the same time, to believe in myself again.

There are times when I can’t forget my ex, I miss the fun times that we shared. But I know that society wants us to look at our girls as homemakers and not as women who can run the world. Well, guess what, you’re wrong and I’m here, standing next to the man I love, with parents who love me, who are all rooting for my career to shoot up.

Despite that, of course, my first love will always be special.

Share this story, because there's a lot more girls can do instead of rule the kitchen!