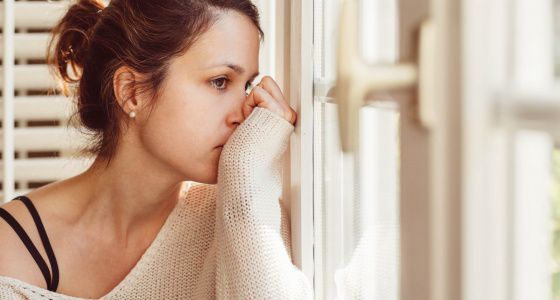 We had a court marriage. My parents were okay with it but my boyfriend didn't tell his parents about our marriage because he thought it'd be easier if we got married first and then told them about it. That way he said, they'd be forced to accept us. But even after being married to me for three years, he didn't tell his parents anything and every time I forced him to do so, he just gave me some excuse or the other.

But despite all this, my life was passing by quite smoothly and I was trying to support my husband and be there for him, in every situation.

I used to manage everything for him, from cooking three meals a day to ironing his clothes to doing other daily chores and working, as well.

But one day, when I was diagnosed with TB, I was shocked to see that my health didn't matter to him, even a bit. He wasn't worried about me at all and instead calmly advised me not to take any medicines because he thought I was just fine and nothing was wrong with me. But my doctor insisted that I take my medicines on time and so I completed my entire course.

Then, one day I saw a message on his phone from one of his team members. It read, "I hope you're alright, baby?" I couldn't believe my eyes. When I confronted him that night, he said that that girl called everyone 'baby' and there was nothing more to it. But I had my doubts.

Suddenly, a few months after this incident, my husband declared that there was no love between us.

I was taken aback and asked him what had happened. I reminded him how I had always done everything he had asked me to - from earning well to managing our home - never giving him a single chance to complain. I also reminded him how I had left my family and friends behind, because he had told me that he was enough to take care of me and that I needed no one else. In turn, he only said that he just didn't love me anymore and that was that.

Then one day, I returned from my office and found that he had left our home with all his belongings.

I tried to call on his number but it was switched off. I was totally shattered. I saw that he had left me a note where he had written that he couldn't continue being with me as his family wouldn't approve of us. He had also written that I am a good girl and that I loved him a lot and so he was sorry for doing this to me, but I shouldn't try to search for him any more.

I was in deep shock. I called my mom and told her everything. She asked me to calm down and come home. We kept trying to get in touch with him from my mother's place and after many days, he finally appeared before the police. He told the officers that he didn't love me anymore and that he didn't want me to be in his life. He also said that he won't divorce me, as it will hurt me and my pride, but that he will just stop staying with me. A few days later, however, I got a divorce notice from him and I fought a legal fight for two long years, but finally I lost everything in it. The court said that I couldn't ask anyone to stay forcefully with me.

In these two years, I also found out that he had an affair with his colleague and was staying with her even though she was aware that he was already married. In fact, I feel that she made sure that our marriage broke down.

My life became worse after this for other men whom I considered to be my friends started approaching me with statements like, "How do you stay without him, specially in the night?" "You can have sex with us." Hearing all this, I felt suicidal.

Second chances only happen in books, because in real life a divorced woman has to keep suffering for her divorce, till the end.

Meanwhile, my husband got married secretly even though I had not even signed our divorce papers. Everything is over but every time I try to move on, my past haunts me.

Plus, every guy in our society, whether young or old, single or married - thinks that a divorced woman is easy access.

I'd just request all men out there to let us live in peace. We don't need you, we are just as human as you.

Who would tell men not to be predators? Share this story because she says it.