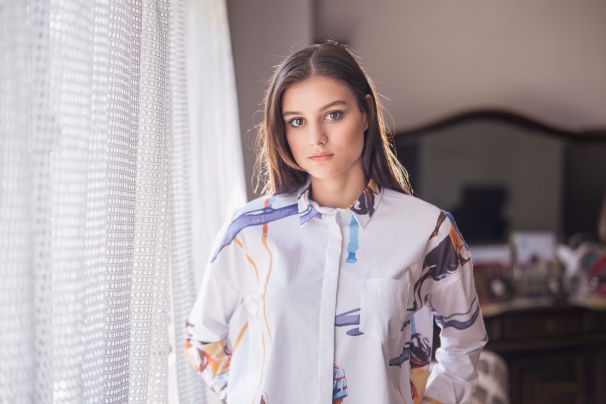 My story goes back to the time when there wasn’t much of a screening process when it came to adding people on Facebook. All we needed to check was if we knew that person through a mutual friend, or worked in the same place, nothing else was needed. And that’s what I did. I got a request from a guy who I had a couple of common friends with. He also worked in the same company as I did, it seemed harmless enough at the time.

Our interaction was limited to just liking each other’s pictures, or at times, commenting on them. A few years later, when I went on a trip to Goa with my parents, he began chatting with me on Facebook Messenger. It was innocent, random conversation. Maybe there were hints of flirting, but nothing that could or would lead either of us on. One day, I got a message from him, he told me that he remembers his aunt, sharing my biodata with his family. He said that they wanted to take it forward, but no number was provided, so they didn’t know how to get in touch with us. I wasn’t too sure about this, but it was true that my parents were searching for a groom for me and my biodata was being circulated to friends and family members. I didn’t pay much heed to this and didn’t bother much to confirm this with my aunt or to find out more about this from him.

A few days later, when I was at work, I got another message from him on Facebook. He wanted to know my father’s name.

I asked him why he’d need such information? He told me, that he found my profile online and had expressed interest in it, and that my dad had accepted this. Once again, I didn’t see anything strange in this as my parents have been doing this for quite some time now. This guy then asked me how we should take this forward. I told him that it would be best to let our parents handle it, as I hadn’t heard about any of this from my family. Within a few days though, our parents began talking to each other. His family asked mine, if it would be alright for us to speak. We exchanged numbers and began texting. This quickly became our routine and we spent hours on the phone, getting to know each other.

After a lot of failed plans, we decided to meet post work. It was a quick coffee, and his best friend and his wife joined us. I thought it went well, but soon after I left, he texted me saying, “Message me when you’re home.” And that made me blush. That night, we spoke to each other at length, and came to a conclusion that we should talk to our parents about taking this forward. Ten days later, our families met. I was so nervous that I thought I would faint even before reaching his house. He was so sweet and tried to make it easy for me by constantly texting me and making me smile. The meeting went well. Everyone was happy, and we decided that within a week, we should officially announce our roka.

I was thrilled. This was turning out to be one of the best phases in my life. That night, we spoke again for hours and I asked him if this is everything that he had dreamed about too. He said yes. He told me he’s always wanted this, and that’s why he initiated it.

Within weeks of this conversation, his behavior began changing: he stopped calling, messaging or replying to me. I asked him if everything was okay, he replied saying, everything was moving too quickly for him. Of course, this pinched me a bit, and I told my parents about how I wasn’t sure what was happening. We met once, for coffee, again post work, but even then, our conversation was limited. I could sense something was wrong and eventually, so could my mother.

Unaware of how to handle this situation, I thought I should give him some space, so I stopped calling him or texting him and waited, hoping that he would reach out to me. He didn’t. So one night, at 12, I texted him asking him if everything was okay.

He told me that he wasn’t okay with the way things were going. That he wasn’t comfortable. That if I wanted, we could do the roka, but then he would end things soon after. This shattered me.

But thankfully, my parents have made me this strong individual. I told them everything and they explained to me how it was good this happened now, and not after we were married. They supported me in my decision on how to end things with him and his family, and even how to handle the unnecessary questions that society would throw our way.

I’ve not spoken to him even once after that text of his, but if I get once chance, I just want him to know, that I don’t care that we didn’t get married- in fact, I’m thankful that we didn’t. But I am never going to forgive him for letting my parents down. I’ve always made them proud and my one decision of choosing you will be the only regret I have in my life.

You may or may not get married soon, I am no one to cure you, but I hope that you remember, karma is a b**** and since you don’t know how to respect relationships, I can’t wait for you to learn your own lesson.

Thank you for being a lesson in my life, now I know what I don’t want from a husband or his future family.

Love comes and unfortunately goes, just as easily. Share this story, to unite all those who have had love leave, promises broken or a future shattered. Unite them: to make them believe that one's strength should never be underestimated. More power to you.