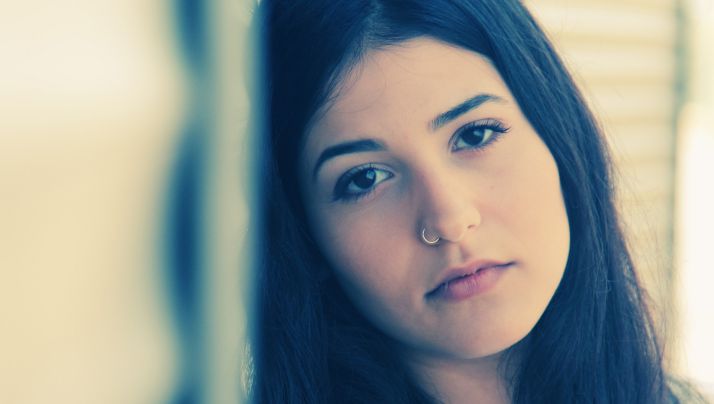 Being a girl in India is difficult. It doesn’t matter whether you belong to a village or a city.

There is no way that you can escape the orthodox mentality, the harassment, the judgment and much more.

I'm a 16-year-old girl but the amount of s**t that I've already faced in my short life has been too much for me to handle. The one thing I can say with certainty is that girls in India aren't safe, not even in their own homes.

I still remember my first kiss. For most people, their first kiss brings back sweet memories. Not for me.

Because I had my first kiss when I had no idea what kissing meant.

It was with my cousin who was five years older than me. I was barely 7 at the time. We were watching Stuart Little at my grandmother's house. The film had a scene where the parents smooch.

That's when he asked me, “Do you want to try it out?” I told him that I didn't wish to.

But I was naïve, like any normal kid at that age.

He managed to convince me and we kissed. He also made me promise never to tell anyone about it. I agreed because he was older than me.

Mom had taught me to listen to my elders, especially my family members because they’d always teach me the right things.

That incident still hurts like a fresh wound. I see him about twice or thrice a month and try to ignore everything that happened. I don't think he remembers what he did but his actions scarred me for life.

But it did not stop at that. I had another cousin who visited us once or twice a year. I’d be overjoyed when his sister and he came to stay with us. Over time, this joy turned into bitter hatred.

He was two years older than me. As kids, we would play doctor. One of us was the patient and the other one played the doctor. During one such play session, my cousin was the doctor and he wanted to examine me. I guess I was about 8 years old.

He asked me to take off my skirt. I refused.

He forced me saying that if I didn't, he wouldn’t play with me ever again.

I didn't want that to happen because as a kid, I didn’t have too many friends. So, I did as he said. He took off my clothes and touched me... down there.

As if that wasn't enough, he became the patient in the next game and asked me to examine him.

He made me hold his d**k. It felt weird but I obeyed him because he was my brother.

And I was too innocent to understand what was happening. Thereafter, I was told to keep quiet and never tell anyone about it.

As girls, we’re always taught to be extra cautious whenever we step outside our homes.

Unfortunately, no one tells us about the demons that live in our own houses.

I’ve never discussed these incidents with anyone. I was scared. How do you expect me to feel safe in a society where my own cousins molested me? And no one ever said anything to them. Now, whenever I meet the two of them, I behave as if nothing ever happened.

The sad part is that I don't think they even recollect what they did to me.

Having experienced so much at such a young age, I shudder to think of what will happen, as I grow older. I don't want to live in this country anymore.

A country that has places like Delhi where it’s not safe for girls to even walk on the roads, no matter what they’re wearing. It was about 5:30 p.m. and I was returning from my tuition, alone.

I was dressed in pajamas and a t-shirt. It was around the festival of Holi. And just like that, a guy walked up to me and threw color on my face. I closed my eyes as a reflex. When I opened them again, I found the guy staring at me.

I've been teased on the roads, hit upon by boys and had men try to shamelessly feel me up.

Yet, all I'm told is, "You should be careful, you need to dress properly, you must have instigated him, you need to take someone along, don't go out alone, Raat ko gai hogi bahar, etc." That's it.

The men can’t control themselves nor can they be stopped, so you tell your girls to stay at home.

You'll go mad if you see her holding a boy's hand but it’s completely fine if a random stranger tries to touch her. Everyone would judge a girl’s character if she is out at night but no one says a thing about the men who openly molest her on the road.

Why am I told to be dressed a certain way? Why am I forced to sit at home? Why am I made to feel like the criminal?

All the society ever does is blame the victim while the perpetrator roams freely.

Recently, my parents warned me not to post my pictures on social networking sites. The reason being that random boys post vulgar comments like looking hot, do friendship with me, etc.

Instead of reporting them, I was asked to stop uploading my pictures. What is this society teaching the girls?

Why is our so-called society not going against the real culprits?

My parents are scared of letting me go out alone. Not even during the day. I always need to be accompanied by someone. To the extent that I can't even go for a friend's birthday until I’ve shared her parents’ phone number with my parents. All these things have made me question my life as an Indian teenager.

Where do we stand as a country when it comes to the safety of women?

I'll be 17 this year and I can't wait to be old enough to leave the country. All I want is to live my life without being judged, without being harassed and worried all the time.

I just want to be carefree, for once.

Is that too much to ask? It’s not about what I wear or when I go out or with whom.

It is not I who has to change. It is the mentality of our society.

Girls are being violated in their own homes, in surroundings which were meant to be the safest. It's time that we, as a society, realize that restricting women is not the solution. It's important to stop victim blaming and it's crucial to punish the perpetrators. Let's share this story because it is our responsibility to create a society where young girls are not afraid of growing up.