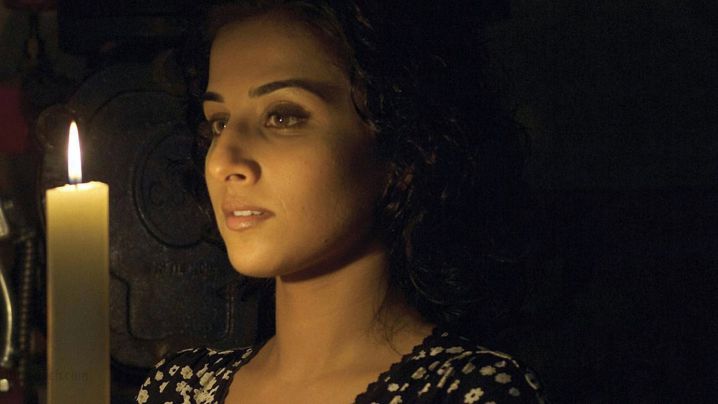 A woman plays several roles in every man’s life. She is a mother, sister, daughter, friend, lover and guide too. She does her best to do justice to all these roles.

Yet men fail to recognize her inherent worth.

It takes a lot of courage to lead the life of a woman, especially in a country like ours, where mothers are respected but wives and lovers are disrespected. The person is basically the same. But every man treats her differently based on the role she plays in his life. Her parents think of her as their precious daughter.

But the man of her dreams may cast her aside as a worthless woman when things change in his life.

He was the one who made her feel special, precious and beautiful. He made her understand the meaning of love. He taught her to dream of a life filled with togetherness.

She had been an ambitious career woman but her man made her realize that there was more to life than just a successful career.

So the woman willingly sacrificed her career to take care of his family. She wanted him to fulfil his dreams because now his dreams had become her dreams. He filled her with a feeling of security and happiness. She did not stop loving her own family after she married him.

Every person had a special place in her heart and all her bonds were precious for her.

She gradually became a part of his life. He shared all his problems with her. She took care of her health because she knew that she could take care of her family only if she took proper care of herself.

Over years, she became his parents’ daughter too. She loved them despite knowing that they would never understand the concern that she had for them.

All this came naturally to her. After all, she was a woman and she had chosen to marry him. She knew she would have to accept him along with all his family members.

But the man she had fallen in love with once was missing now. Her man had become successful now and she could sense the change in her man.

This filled her with a feeling of insecurity and this was affecting her personality now.

She wanted to play the same positive supportive role that she had been playing for all these years. But she ended up becoming demanding. She wanted him to spend time with her. She didn’t care too much about money too.

But one fine day she was forced to confront all her fears and insecurities. Her man declared that he was no longer interested in her. He told her that she was free to find her own way through her life if she wanted to do so.

All she wanted to tell him at that time was: I lost my way in life the day I married you.

A real battle began within her now. She started clinging to him and kept begging him. She tried her best to stop him from leaving her. She reminded him of all the promises that he made to her.

His only reply was silence.

Her man now started disrespecting her. He ill-treated her but she chose to remain by his side. She convinced herself by saying that he was just angry with her. She thought that his anger would fade away with time and he would get back to her.

She was his woman and she had always been happy to be his woman.

A battle raged within her heart every day. She spent sleepless nights. Her pillow was drenched with tears. She felt lonely and helpless now. She did not even try to make anyone understand her pain and agony. She remembered how he had once been ready to fight against the world for her. But now there was only a strange void in her life. She started blaming herself for all her mistakes. Even the loudest and merriest of festivals failed to fill her with happiness.

He was the one who had infused ‘love’ into her life and he was the one who was draining the ‘love’ out of her life now. There was a time when her man could not live without her even for a day. But now he got irritated even when she sent him a text message.

She was scared to call him because she thought he would scold her again but in the heart of hearts, she knew that she was dying to listen to his voice. Her heart skipped a beat every time her phone rang. She hoped it was her man calling her. But she was not surprised when she saw someone else’s name flickering on her screen.

He would never call her. She knew this now. Yet she hoped. All the time.

Her insecurity and agony increased manifold with each passing day. Her heart was writhing in pain. The pain was excruciating. She could not control her tears.

She had waited for him to answer her prayers for several years. She had prayed to him sincerely and had been extremely patient so far. Yet she now felt that God was only punishing her. If God did exist why was He passing a judgement like this? Did He not know that the pain was ripping through her heart?

She begged her man to give her one more chance. She said she would do her best to repair the damage. But she knew her man. Even if he felt like forgiving her, his ego would never allow him to do so. He could hurt her and kill her with his words but he could not pacify her with his actions. She kept asking him what her fault was.

She asked him why he was rewarding her with so much pain when all she had done was love him. But all her words fell on deaf ears.

He continued to block her and she died a little every day. She felt her life was not worth living anymore. She couldn’t put an end to her life because she knew her other family members loved her.

But when she was by herself, all she yearned for was to sleep eternally. She then decided to put a full stop to her pain. She was tired of hoping. She decided to make a fresh start now.

It had never seemed easy but she wanted to make a start now. She picked up the broken pieces of her heart. She gathered the ruins of her unfulfilled dreams and decided to find herself again. Her love for him continued to haunt her but she knew it was time now to move on with her life.

She would never be able to trust men now. Every aspect of her man created pain within her. Today the man that she once loved with all her heart was happy with all his friends and family members but she continued to live under the ruins of her broken relationship. She had given her heart to him. But he had ruined her life instead.

Why did he not even try to understand her? Her life was after all an open book for him. She was surprised to realize that she had forgiven him. But a part of her heart still pined for him. She would never let any other man come close to her. What if her man came back to her? She knew she would never be able to take such chances in her life. Years passed.

But she knew her wounds had only been buried. They had never healed. Even hope had become bleak now though it continued to throb softly in her heart.

Yes. She knew that she was every man’s dream woman but she had saved herself for her hero because she knew only her hero deserved her pure and sacred love.

He couldn’t give her any love now because he did not care enough to do so. His feelings and his priorities had changed with time and money.

And so a woman who was true to her love got punished for no fault of hers.

‘Ego’ – such a small simple word – yet it has the ability to distort our perspectives, ruin our relationships and fill us with a false sense of pride. Let’s learn to practise ‘humility’ on a daily basis. It is fine if we are unable to love and/or understand others. Perfectly fine. Let’s at least acknowledge, respect and appreciate the love that they have for us. Let’s share this poignant story and learn to stay grounded even when we experience success in our lives.